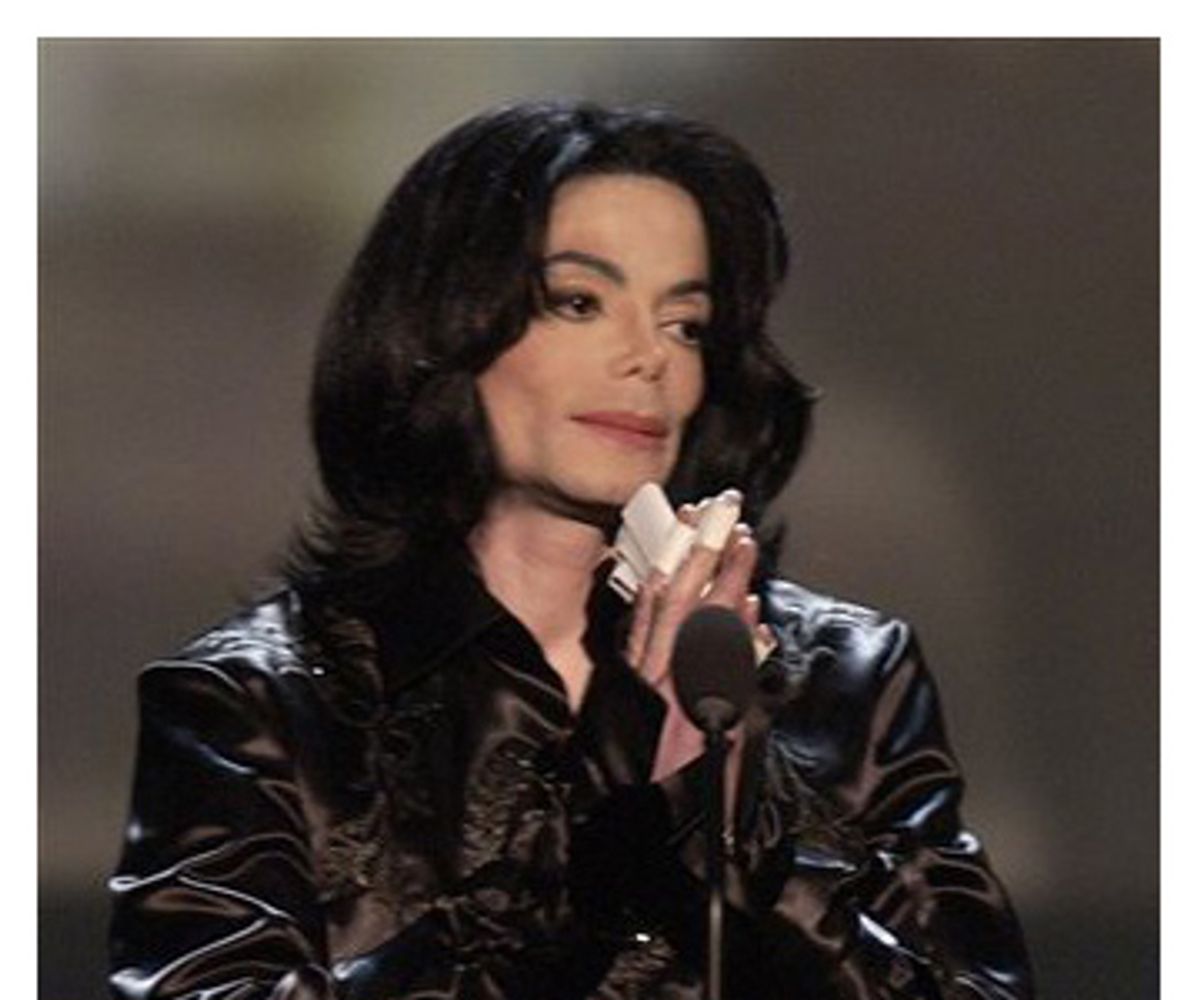 Attending to the business of the nation is all well and good, but even Congress needs time to grieve. That’s right: The House of Representatives is all aflutter about Michael Jackson, so don’t get your hopes too high for a groundbreaking burst of legislation any time soon. Especially because the intramural squabble over Jackson is starting to look like every other depressing exercise in making political hay of cultural icons. Think “War on Christmas.”

First, there was the moment of silence on the House floor in honor of the King of Pop, thanks to Rep. Jesse Jackson Jr., the Illinois Democrat. So the House literally ground to a halt, if only for a moment. This didn’t go over well with Rep. Peter King, a Republican from New York, who laid into Jackson and his eulogizers in a speech outside a Long Island fire station. Said King, “This low-life Michael Jackson ... Let's knock out the psychobabble. He was a pervert; he was a child molester; he was a pedophile, and to be giving this much attention to him, day in and day ... what does this say about our country?”

Chicago Democrat Rep. Bobby Rush took exception to King’s comments in a press release. “How dare Rep. King utter such scandalous and outlandish comments about Michael Jackson, when he has never opened his mouth to criticize his own colleagues who have been were accused of morally reprehensible, criminal or indecent acts and were forced to resign from public office,” Rush said, adding that Jackson was never found guilty of a crime, and besides, “To millions of African Americans children, specifically, his story of being born to a working class family in Gary, Indiana, to becoming one of the world's biggest stars illustrates the benefits of hard work, discipline, perseverance and self-determination.”

There’s the cultural nub of this thing. Note that King represents a majority-white district on Long Island, a classic zone of resentment of the big city, with all its accompanying racial baggage. Note also that King contrasted Jackson with fallen police officers, firefighters and soldiers in his speech.

Jackson’s defenders, on the other hand, like Rush, probably wonder why it is that anodyne memorials to the fallen star are attracting controversy. It’s not like Peter King had any problem voting to honor the memory of unconvicted Mafioso-type Frank Sinatra.

Leave it to Barack Obama to sort something like this out. “You know, this is part of American culture,” the president said. “Michael Jackson, like Elvis, like Sinatra, when somebody who’s captivated the imagination of the country for that long passes away, people pay attention and I assume at some point people will start focusing again on things like nuclear weapons.”