The worst moment of Jackson funeral?

Texas Rep. Sheila Jackson Lee speaks at the tribute to Michael Jackson, and goes a little too far 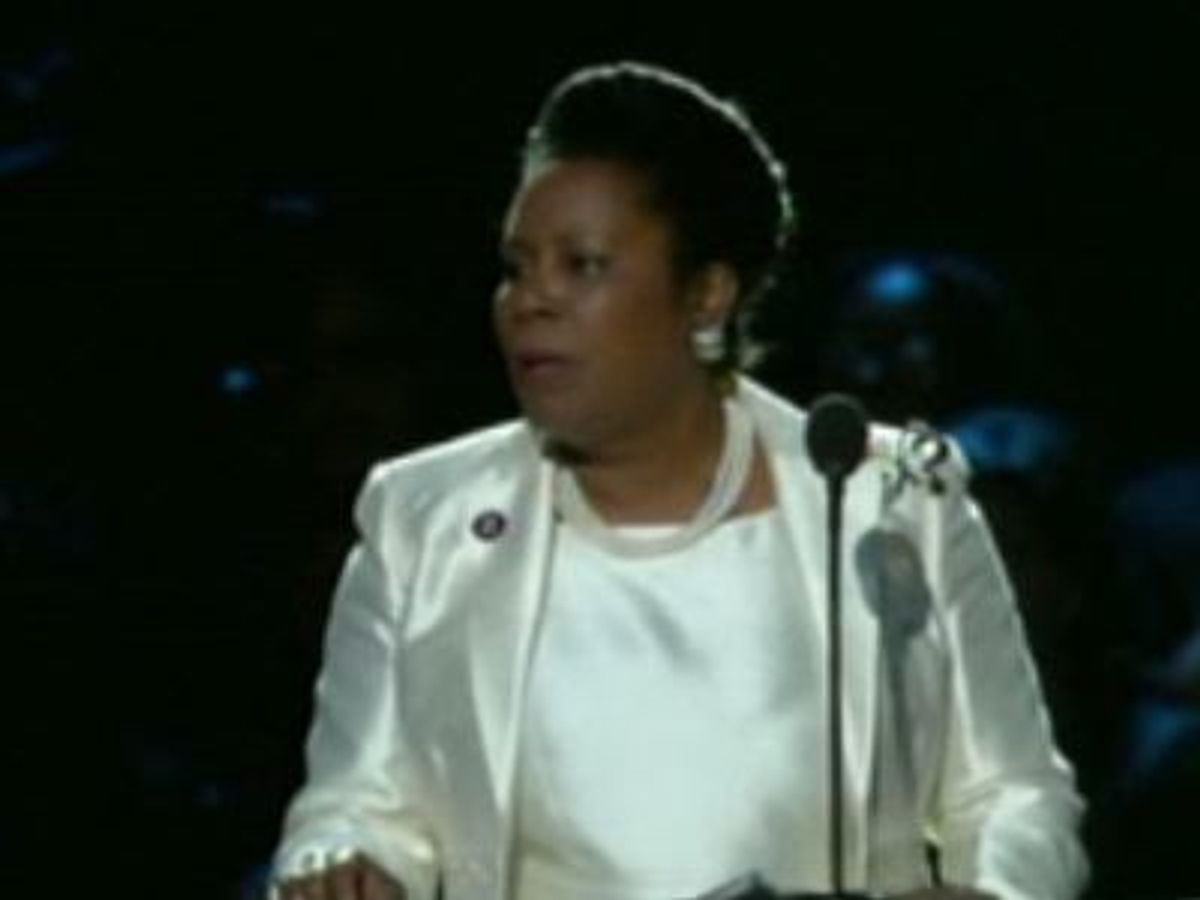 There were some beautiful moments in the public funeral for Michael Jackson Tuesday, and some grating ones. (Most of the latter courtesy of CNN's coverage, which was painful to watch. I assume the other cable networks were the same.) If you missed the whole thing, check out Mary Elizabeth Williams' live-blog here on Salon.

Of course, given the controversy over Jackson in the House, at some point politics had to become involved, and it did. The Rev. Al Sharpton actually gave one of the best speeches of the ceremony, but on the other end of the spectrum, there was Rep. Sheila Jackson Lee, D-Texas, who didn't acquit herself so well.

A short clip from Jackson Lee's remarks, in which she goes a little far in defending the late entertainer from child molestation allegations, is below. That clip, and her speech as a whole, really made me miss the late Stephanie Tubbs Jones all the more.