The host compares Finland, Sweden's "pure society" to the U.S., where "we marry everybody" 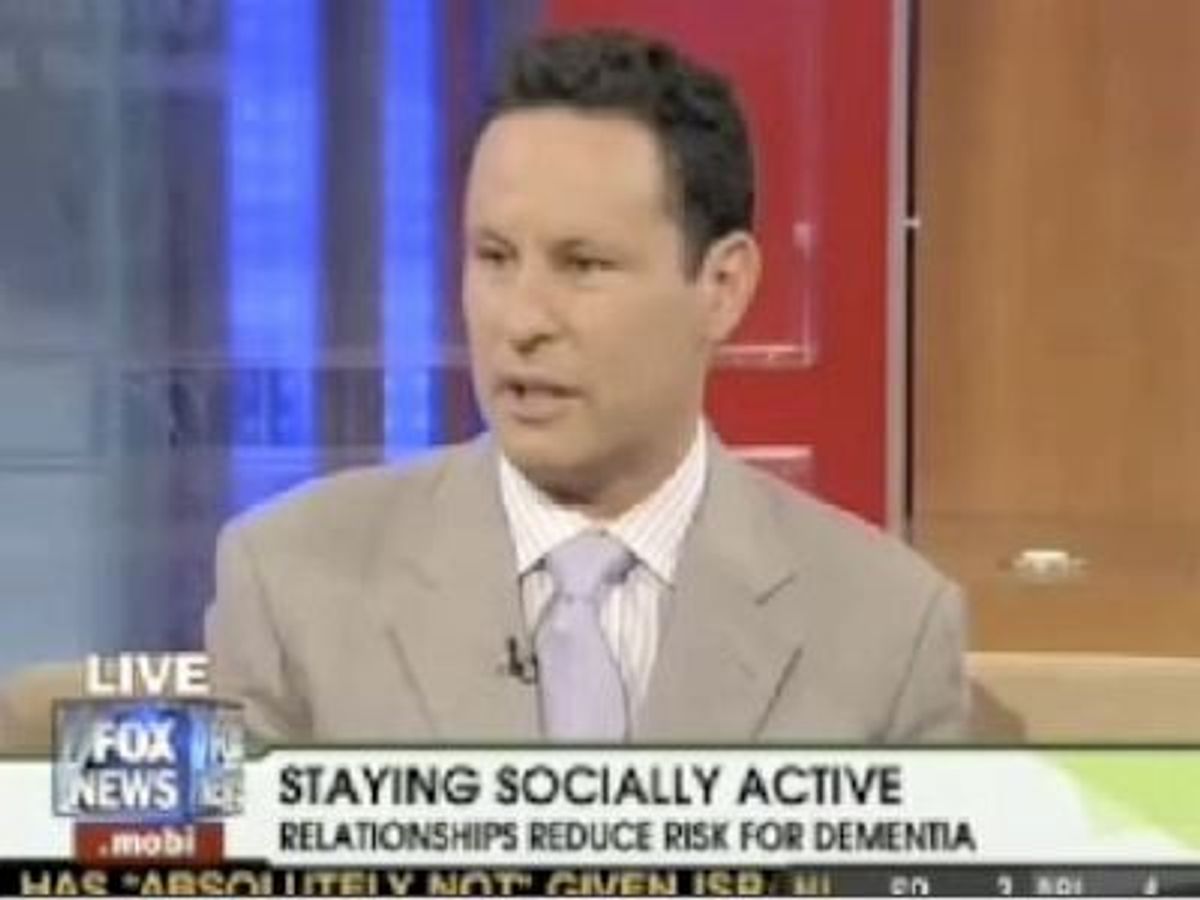 Watching Fox News' morning show, "Fox and Friends," is a little bit like watching the aftermath of a particularly nasty car crash. Yeah, it's awful, but you just have to keep looking, because, well, who knows what mangled body parts they'll pull from the wreckage next?

Even by those standards, though, host Brian Kilmeade's performance on Wednesday was just terrible.

Kilmeade and two colleagues were discussing a study that, based on research done in Finland and Sweden, showed people who stay married are less likely to suffer from Alzheimer's. Kilmeade questioned the results, though, saying, "We are -- we keep marrying other species and other ethnics and other ..."

At this point, his co-host tried to -- in that jokey morning show way -- tell Kilmeade he needed to shut up, and quick, for his own sake. But he didn't get the message, adding, "See, the problem is the Swedes have pure genes. Because they marry other Swedes .... Finns marry other Finns, so they have a pure society."