The teen is stirring controversy with another raunchy photo shoot 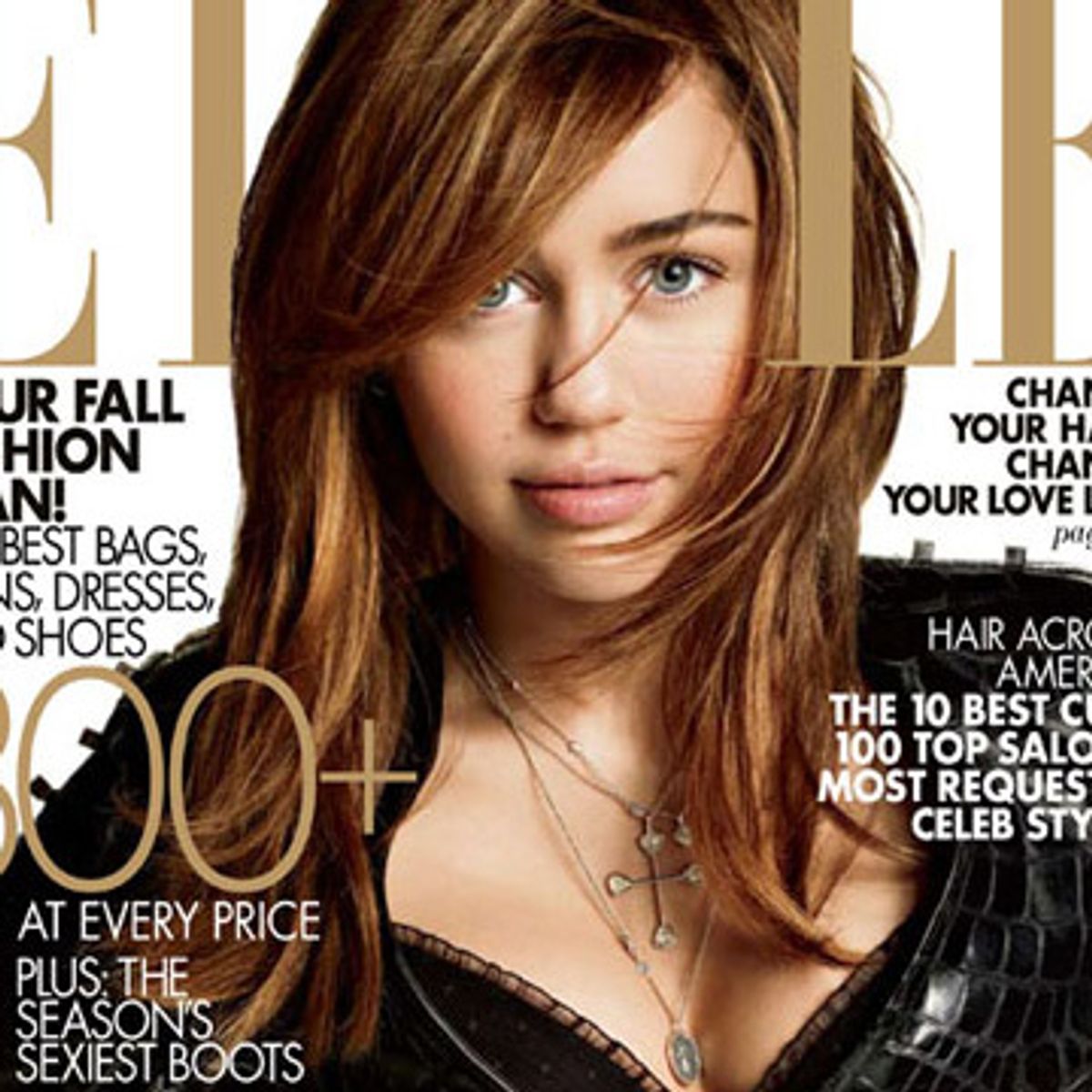 Oops! She did it again. Miley Cyrus has stirred up controversy with another raunchy magazine photo shoot. This time, the 16-year-old has traded the bed-head, sheet-wrapped look of her Vanity Fair photos for tight cleavage-boosting leather on the cover of Elle magazine, alongside the declaration that "she's not a kid anymore." Inside the August issue she's pictured reclining on a table wearing sexy thigh-high "hooker boots," as one blogger put it. Just as with the Annie Leibovitz shots of last year, some folks are downright apoplectic. So begins yet another chapter in our tome of hypocrisy toward young female sexuality.

The outrage has so little to do with her being sexualized and everything to do with the way she's being sexualized. We're all too happy to see her clad in a girly frock and schoolgirl socks -- however, black thigh-high boots, and a black pushup bra? Horrors, that's a child! But in both cases she's an eroticized 16-year-old celebrity who has been very successfully marketed and sold to the masses. It's the straightforwardness of the sexual imagery in the Elle photos that trips our cultural inappropriateness alarm. Instead of sexualizing her childlike innocence and naiveté, it pictures her as a sexually motivated and experienced teenager (similar to the apparently outrageous bedsheet photo). Miley has crossed that fine cultural line between sexy purity and sexiness that is actually sexual.

It's like we've burst in on her in the dressing room of Victoria's Secret while she's practicing seductive poses in the mirror; she's gone for everything lacy and black and tight, the most overwrought and obvious sexual signaling available. Or, as Salon's Sarah Hepola exclaimed to me: "Those are the boots of a 38-year-old woman in midlife crisis!" That isn't to tease her -- hell, who hasn't been there and done that? Girls often strut down the runway to womanhood dressed as a caricature of adult sexuality, stumbling and tugging at ill-fitting clothes and errant bra straps as they go. Unlike Miley, though, most of us are lucky enough to not have it broadcast for, and sold to, the whole of America.

My first reaction to the photos wasn't horror or outrage, I simply thought: I hope she's ready for what the world has in store for her. After all, the special word so often reserved for the accidentally sexy schoolgirl who starts actively and boldly embracing her sexuality? Slut.