"I Love You, Beth Cooper"

This summer teen romance hopes to sidestep cliche with doses of sweetness, intelligence -- and Hayden Panettiere 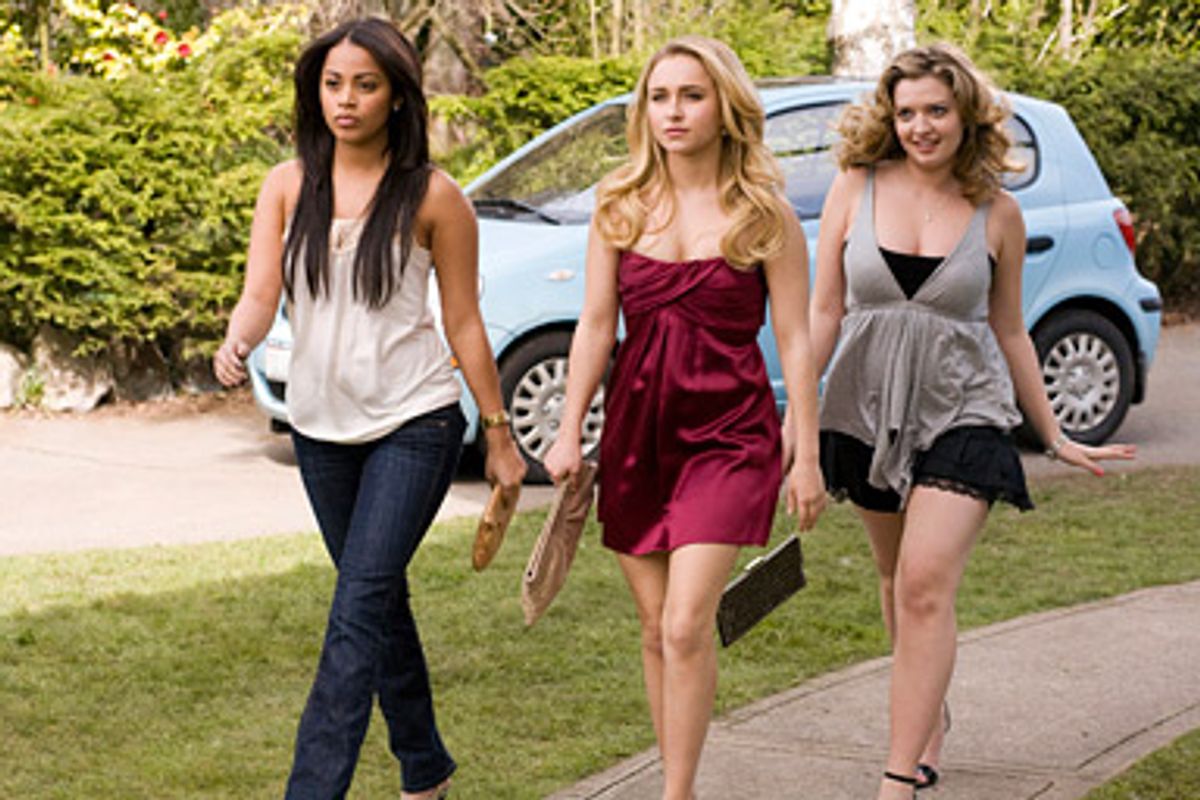 From left, Lauren London, Hayden Panettiere and Lauren Storm in "I Love You, Beth Cooper."
--

There are few things so frustrating as the almost-there teen comedy, one that makes tentative attempts at being original, touching and funny, only to pull out prematurely. "I Love You, Beth Cooper" -- written by Larry Doyle (who adapted it from his own novel) and directed by Chris Columbus -- offers some good doses of teen-movie sweetness, and in places it shows glimmers of actual intelligence. Paul Rust plays Dennis, a brainy, gangly teenager who devotes his high-school graduation speech to a subject about which he feels strongly: not the necessity of going out there and building a better world, but his love for the superblond, supercute captain of the cheerleading squad, Beth Cooper (Hayden Panettiere). He also uses the speech to say what he really thinks about the class bully and the class snob, which is cathartic for him and for anyone who was ever picked on in high school. But in that speech he also outs his best friend, Rich (Jack Carpenter), a sweet, nerdy kid who probably hasn't come to terms with his orientation -- but who wants to have that advertised to the whole class?

And so "I Love You, Beth Cooper" moves along, taking two steps backward into crassness for every clever or just plain sweet moment it offers. Although many of the movie's problems seem to be rooted in the script, Columbus has such a heavy touch that he sabotages nearly every scene: He frames every joke with clumsy precision, instead of just limning its outline and letting the actors do the rest. In one scene, Dennis tries to impress Beth and her two best girlfriends (played by Lauren London and Lauren Storm, the latter of whom has some saucy, spacy charm) by opening a bottle of champagne. The cork pops unexpectedly -- a good-enough metaphor for teenage sexual awkwardness -- but the sequence doesn't even work as broad comedy. It has a dull, perfunctory quality, as if Columbus couldn't be bothered to add a dash of polish to a stock joke.

Panettiere is supposed to be the big draw here, and if nothing else, she pulls off the feat of being both bland and sparkly. But she's far less interesting than Rust, an unlikely choice for a leading man but an intriguing one. There's no way around it: This guy has a major schnozz. (He looks a little like '80s new waver Skafish.) But he manages to make Dennis' relentless anxieties and tics believable instead of just annoying. Carpenter's Rich makes a good foil for him: He's one of those kids who's continually quoting lines from movies, but as Carpenter plays him, he seems more vulnerable than obnoxious -- for him, the movies are obviously an escape from a less-than-happy home life.

Doyle deserves credit for writing a character like this, one who doesn't get nice graduation presents from his parents and who, it's made clear, actually has to work for everything he's got. He shows up for a graduation party at Dennis' house proudly showing off a new pair of sneakers that cost, he says, two weeks' salary. I wish more teen comedies would show that kind of class sensitivity. But "I Love You, Beth Cooper" ends up squandering much of the goodwill it builds. Rich teases Dennis about an unpopular, unpretty girl he used to go out with. Her name is Patty Keck, but Rich would rather refer to her as Dennis' "secret shame." Instead of just allowing Patty to live, like a legend, off-camera, the filmmakers have her show up in a party scene. (She's played by Anna Mae Routledge.) She's a spotty, awkward girl, but she seems really sweet. Still, Dennis recoils from her, and we're supposed to see why he thinks she's icky. The sequence gives the movie an unpleasant sheen, particularly since Patty Keck, in her four minutes of screen time, gives us the sense that she might be an extremely funny, nice girl. But, like teenagers at their worst, "I Love You, Beth Cooper" can't be bothered to take the time to get to know her.