The CIA op kept secret from Panetta and Congress

Pelosi was right: The CIA lied to Congress, hiding a major anti-terror program for eight years. Will Congress act? 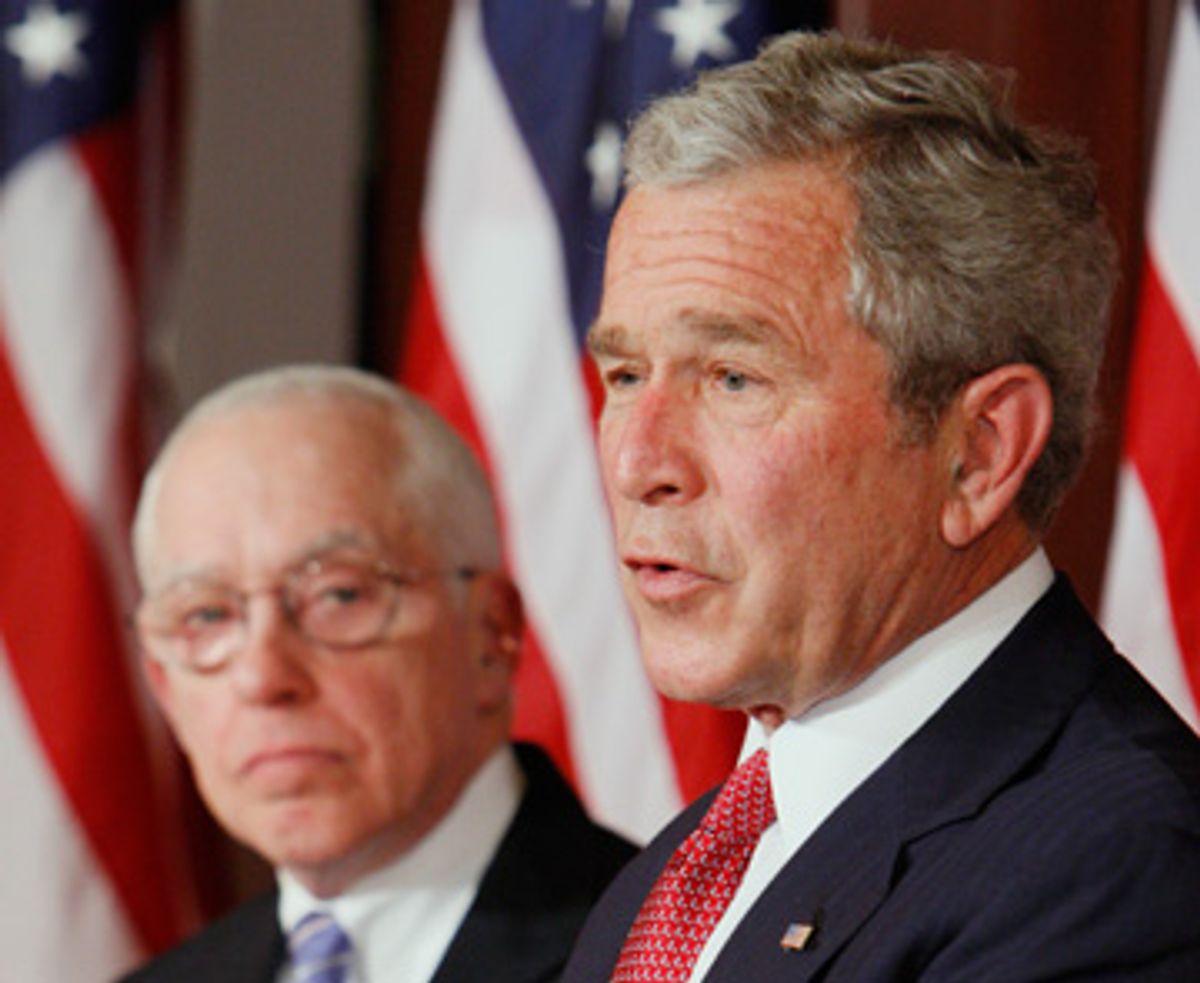 CIA director Leon Panetta's shocking revelation that a top-secret CIA anti-terror program had been concealed from Congress for more than eight years -- until Panetta himself finally learned of it in late June -- is going to test the will of Democratic leaders to investigate the lawless Bush-Cheney years. It will also test their willingness to clash with the Obama administration, which has so far been appallingly content to continue Bush-Cheney secrecy on torture and interrogation and to stonewall investigation and prosecution of those who broke the law.

The revelation that Panetta informed Congress that the CIA was “concealing significant actions” from both houses for eight years (and from himself, it seems, for four months) has led to calls from Democratic lawmakers for a full investigation into both the program, and whether any laws were broken concealing it from Congress. Reps. Jan Schakowsky and Anna Eshoo believe the deception was likely illegal, in breach of National Security Act provisions that require disclosure of such programs to congressional leaders. The pair, along with five other Democrats, have written a letter to Panetta demanding a full investigation.

None of the lawmakers who've now been briefed on the program, or Panetta, will disclose what exactly the secret program was. CIA and congressional officials have said it has nothing to do with "enhanced interrogation techniques" or torture, or warrantless wiretapping and spying either. That's led to speculation that it could have something to do with "executive assassination rings" reporting to Vice President Dick Cheney that Seymour Hersh discussed in a speech in March. MSNBC's Contessa Brewer and Dylan Ratigan seemed to surprise Eshoo by asking directly if the controversial program was the assassination group Hersh referenced, but she wouldn't comment. Eshoo did tell the Huffington Post's Sam Stein that when House Intelligence Committee members first heard about the secret program, "the whole committee was stunned, even Republicans."

And while Republicans are trying to downplay the controversy, even Rep. Pete Hoekstra seemed to acknowledge the secret program was extreme. Although he denies it was ongoing for eight years -- he describes it as "an on and off thing," while Democrats dispute that -- Hoekstra said it was something Congress never would have approved, except "maybe on Sept. 12."

A Washington Post story Friday indirectly poured cold water on the assassination-ring theory by quoting lawmakers and CIA officials saying the secret plan wouldn't qualify as a "covert action" that would have needed congressional approval. (An assassination ring certainly would.) There has been little other speculation about what the program could have been, and Congress needs to get to the bottom of it.

Two things are clear: First, Newt Gingrich and other Republicans owe House Speaker Nancy Pelosi an apology for demanding she resign or be impeached when she said in May that the CIA had regularly misled Congress on intelligence and interrogation operations. Panetta seemed to admit as much with this disclosure. Republicans should be as angry as Democrats are about the breach, and mount an immediate investigation into exactly what the secret program was, and why it wasn't disclosed to Congress.

Second, congressional leaders should expect a big fight with the Obama administration as they try to strengthen and expand their oversight over CIA and other intelligence operations -- and they need to toughen up for it. The president has already threatened to veto a bill that would require certain sensitive operations to be disclosed to the Intelligence Committee members of both houses of Congress (right now only the so-called Gang of Eight, the top bipartisan leadership from both houses as well as intelligence committee chairs) get such briefings.

Likewise Obama has opposed all of Congress's threats and demands to establish some sort of investigative body to look at Bush-Cheney lawbreaking and decide on whether and how those responsible should be punished. Congressional leaders have been silent lately about whether they'll proceed on their own. Panetta's revelation shows how much remains to be known about the secrets of the last eight years. As much as Obama claims he wants to look forward, not backward, these revelations will continue. And they threaten to become part of his legacy, not just Bush and Cheney's, if his Justice Department doesn't get into gear and get to the bottom of the CIA and other agencies' lawless ways.