Sotomayor says her philosophy is "fidelity to the law"

The judge speaks at her confirmation hearings, says "the progression of my life has been uniquely American" 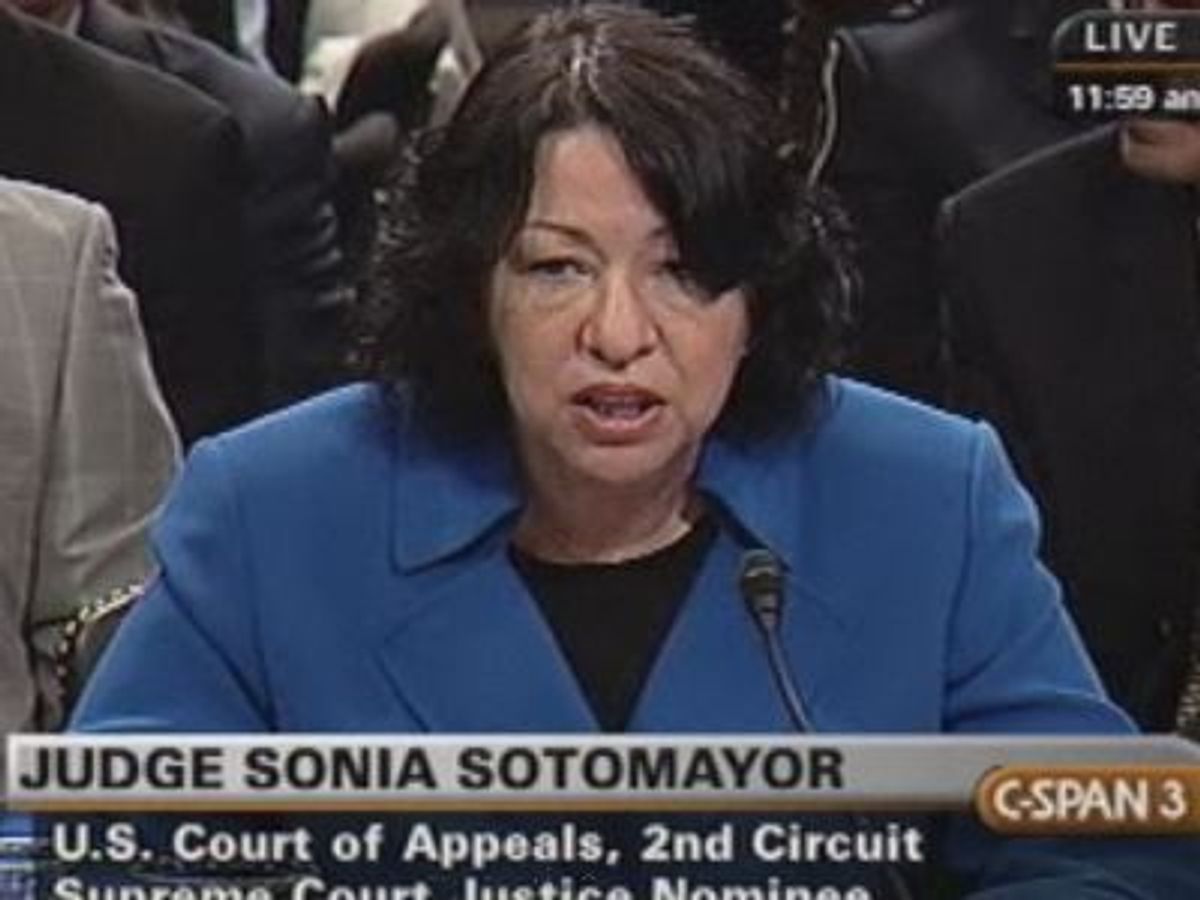 The Senate Judiciary Committee is done for the day with the hearing on Judge Sonia Sotomayor's nomination to the Supreme Court. But before they adjourned until Tuesday morning, the committee's members heard from the woman of the hour: Sotomayor herself.

Sotomayor's statement wasn't exactly earth-shaking. It contained no major surprises, nothing to offend or cause any major drama. Unsurprisingly, it was heavy on the judge's biography, and on assurances that she will not be the biased, activist justice Republicans say she will be. And, at just under eight minutes, it was blissfully short -- especially when compared with all the opening statements from the 19 senators who preceded her Monday.

Sotomayor thanked her family and friends, and all the senators she's met with since being nominated. She said "the progression of my life has been uniquely American," then described her life growing up:

My parents left Puerto Rico during World War II. I grew up in modest circumstances in a Bronx housing project. My father, a factory worker with a third grade education, passed away when I was nine years old.

On her own, my mother raised my brother and me. She taught us that the key to success in America is a good education. And she set the example, studying alongside my brother and me at our kitchen table so that she could become a registered nurse. We worked hard. I poured myself into my studies at Cardinal Spellman High School, earning scholarships to Princeton University and then Yale Law School, while my brother went to medical school. Our achievements are due to the values that we learned as children, and they have continued to guide my life’s endeavors. I try to pass on this legacy by serving as a mentor and friend to my many godchildren and students of all backgrounds.

After talking more about her life and going through her resume, Sotomayor turned to the subject of her judicial philosophy, saying:

In the past month, many Senators have asked me about my judicial philosophy. It is simple: fidelity to the law. The task of a judge is not to make the law – it is to apply the law. And it is clear, I believe, that my record in two courts reflects my rigorous commitment to interpreting the Constitution according to its terms; interpreting statutes according to their terms and Congress’s intent; and hewing faithfully to precedents established by the Supreme Court and my Circuit Court. In each case I have heard, I have applied the law to the facts at hand.

Later, going to a point that committee Republicans have focused on -- and will, most likely, continue to attack her on -- Sotomayor said, "My personal and professional experiences help me listen and understand, with the law always commanding the result in every case." That's an especially important point given remarks that some of Sotomayor's opponents have construed as meaning that she cares more about her personal experiences and background than about the law.