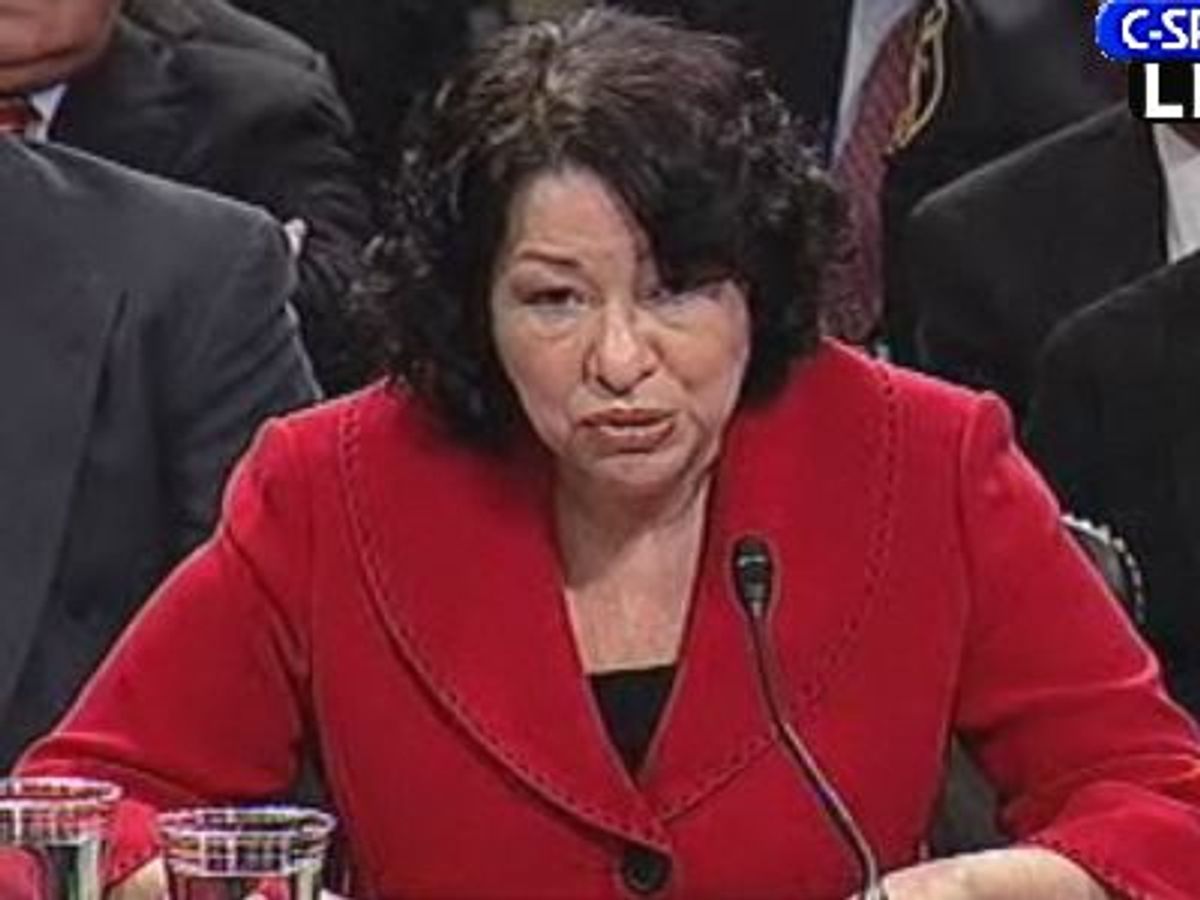 Those Democrats and Republicans who serve on the Senate Judiciary Committee each have their assigned roles during this week's hearings, and they all know how to play them.

The Republicans will ask Judge Sonia Sotomayor some harsh questions, and try to trip her up. The Democrats, meanwhile, will largely ask leading questions that give her a chance to look good. A few may use the opportunity to press her on issues that are important to them, but more often, they'll act like committee Chairman Sen. Pat Leahy, D-Vt., did Tuesday morning. What Leahy did was give Sotomayor an early shot at clarifiying her most controversial remarks and decisions before the Republicans go after her.

In the video below, you can see Sotomayor's response to a question from Leahy about the judge's infamous "wise Latina" remark. In it, she says, "I do not believe that any ethnic, racial or gendered group has an advantage in sound judgment."