FX's twisted cop drama may be one of the top 10 TV shows of all time. So why didn't it get any nominations? 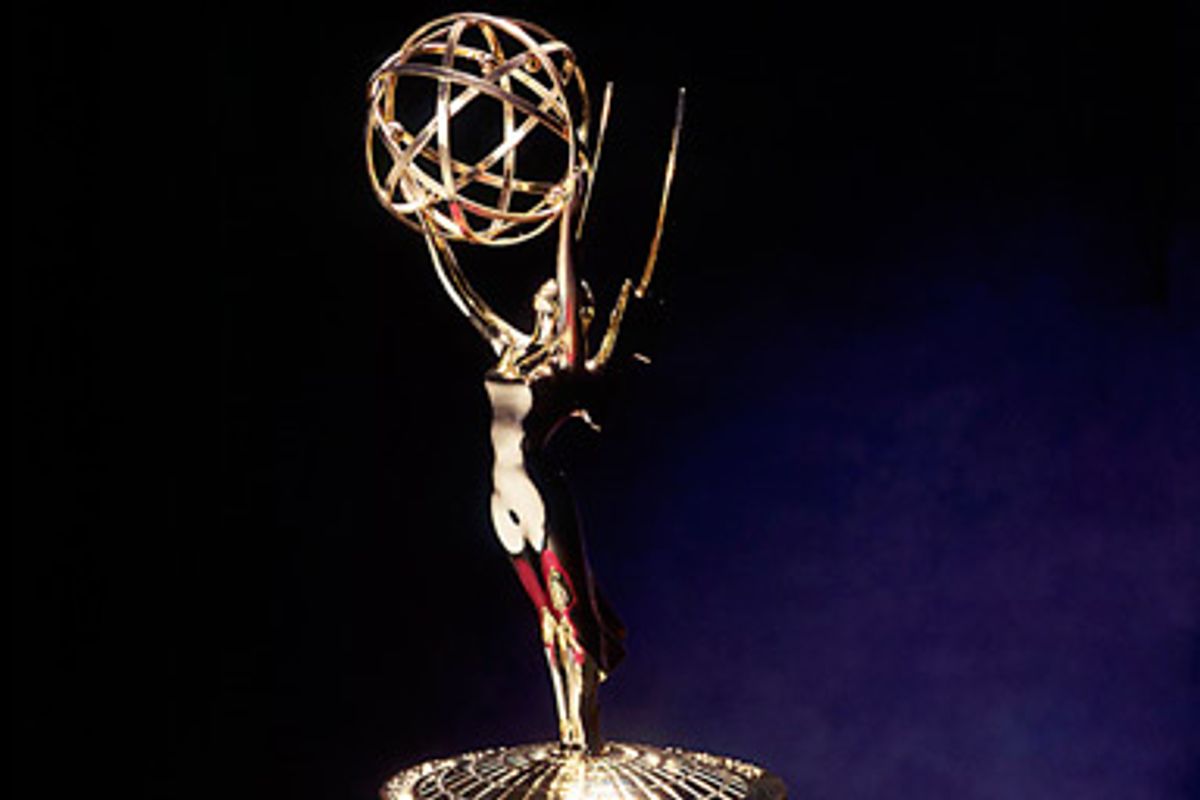 The Emmys did a reasonably good job of honoring greatness last year, so it was only right that they should disappoint us this year. Even so, how do you explain the Academy overlooking FX's "The Shield" in its brilliant final season?

That's simple: They weren't watching. Because anyone who has been following "The Shield" for years now recognizes how the series not only gained momentum, story-wise, season after season, but also wrapped up with one of the most harrowing, breathtaking and, in the end, thoroughly satisfying final seasons in history. That's right: Like a fine wine or a Paul Newman, this series not only got better and better as it got older, but it went out with a bang instead of the more typical series-ending whimper.

And look what the show's producers got as thanks: Nada. Instead, the Academy rushes to congratulate the writer's of ABC's "Lost" for bringing us yet another, increasingly sleep-inducing tour through their pointless house of mirrors. Not even Michael Chiklis and CCH Pounder, "The Shield's" mesmerizing stars, were acknowledged in the acting categories. Will there be outrage? Blood in the streets? More like scattered grumbling by key "Shield" players on entertainment blogs nationwide. Count on it! Let's support them in their rebellious display of disgruntled muttering, shall we?

Otherwise, the Emmy nominees were pretty run-of-the-mill. The nominees for best drama series included all of the standard favorites: HBO's "Big Love," AMC's "Mad Men," AMC's "Breaking Bad," FX's "Damages," Showtime's "Dexter," ABC's "Lost," and Fox's "House." I'm going to say it again, because I can: Failing to include "The Shield" is like ignoring "The Sopranos" in its heyday. Unthinkable, like Vic Mackey in a suit and tie, seething from the prison of his grey cubicle.

And while we're at it, Fox's "House" is a solid show, but it doesn't really touch the mesmerizing acting and smart storytelling of HBO's "In Treatment." I'm willing to concede that SyFy's "Battlestar Galactica" and NBC's "Friday Night Lights," as original as they are, could've been passed over last season. But "The Shield" and "In Treatment" were clearly two of the top three dramas of the year (along with "Mad Men").

Nominees for best comedy series included mostly obvious choices: NBC's "30 Rock" and "The Office," HBO's "Flight of the Conchords" and "Entourage," Showtime's "Weeds," Fox's "Family Guy," and CBS's "How I Met Your Mother." I'd swap in Comedy Central's "South Park," Showtime's "The United States of Tara" and FX's "It's Always Sunny in Philadelphia" for "Family Guy," "How I Met Your Mother," the ever-crappier "Entourage," and the last limp season of "Weeds," none of which were all that innovative, unique or, well, funny, for that matter.

At least the best actor in a drama series nominees included Gabriel Byrne of "In Treatment," along with Bryan Cranston of "Breaking Bad," Michael C. Hall of "Dexter," Simon Baker of "The Mentalist," Jon Hamm of "Mad Men," and Hugh Laurie of "House." Kyle Chandler, who's riveting as coach Taylor on "Friday Night Lights," was snubbed. And his co-star, Connie Britton, was left off the best actress list, which includes Glenn Close for "Damages" and Holly Hunter for "Saving Grace," along with Kyra Sedgwick ("The Closer"), Sally Field ("Brothers and Sisters") and Mariska Hargitay ("Law & Order: Special Victims Unit"). "Brothers and Sisters" isn't exactly Emmy material, but then Sally Field could make a brief appearance in the Goombay Lounge of a small Bahamian cruise ship and still win an Emmy nomination for it.

Alec Baldwin of "30 Rock" was nominated for best actor in a comedy series, of course, and he'll likely get it, unless someone decides that fellow nominee Jemaine Clement is acting when he plays himself on HBO's "Flight of the Conchords."

Of course, by completely passing over an amazing series like "The Shield," we can also predict that this September's Emmys will have a great big hole the shape of Vic Mackey's enormous bald head in the middle of it. If Mackey were confronted by such injustice on the streets of Farmington, you can be sure that heads would roll.