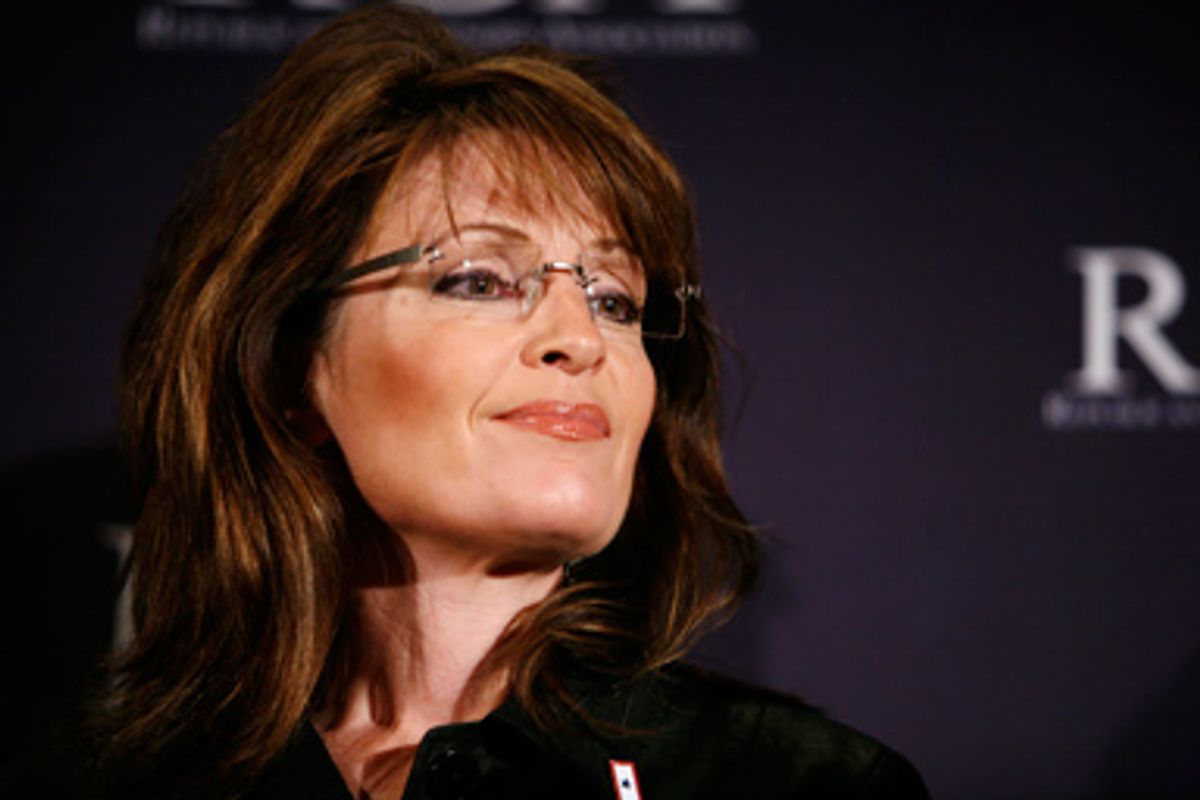 "The rise of Idiot America ... is essentially a war on expertise ... In the new media age, everybody is a historian, or a scientist, or a preacher, or a sage. And if everyone is an expert, then nobody is, and the worst thing you can be in a society where everybody is an expert is, well, an actual expert."

-- Charles P. Pierce, from "Idiot America: How Stupidity Became a Virtue in the Land of the Free"

Pity the poor "real Americans," because they sure feel sorry for themselves. Self-pity appears to be the latest national craze. Not that we haven't got real troubles, but everywhere you look and listen these days, some big crybaby's blubbering about how people like him or her get no respect from (take your pick) "Ivy League elitists," the "scientific establishment," "so-called sophisticates," the "mainstream media" and so on.

But hey, Americans don't come any realer than me. I learned that recently from MSNBC news-chat personality Mika Brzezinski. Discussing Alaska Gov. Sarah Palin's supporters on  "Morning Joe," Brzezinski allowed as how us country folks (I live in a rural county with a lot more cows than people) constitute the nation's moral backbone. "God, I hate to say it," Brzezinski allowed, "but in the cities where there are a little bit more liberal elite populations, you are not going to find what is representative of America."

Sigh. We already tried that. It brought us George W. Bush, a synthetic cowboy who dropped the "rancher" pose the minute he left the White House. Back in 2001, metropolitan pundits -- seemingly unfamiliar with the oeuvre of Hank Williams and Garth Brooks -- kept telling us about the superior moral instincts of us "red state" voters.

The occasion of the MSNBC pundit's comments was Palin's poor-pitiful-me resignation speech, the one that sounded like an audition for the Lucille Ball part in an "I Love Lucy" revival.

"Life is too short to compromise time and resources," Palin said. "It may be tempting and more comfortable to just keep your head down, plod along and appease those who demand: 'Sit down and shut up,' but that's the worthless, easy path; that's a quitter's way out. And a problem in our country today is apathy. It would be apathetic to just hunker down and 'go with the flow.' Nah, only dead fish 'go with the flow.'"

No dead-fish quitter she, Palin quit.

Having spent much of her tenure as Alaska's governor scheming to fire her ex-brother-in-law from the state police and having her press secretary issue statements contradicting her daughter's 18-year-old former boyfriend, Palin evidently mistook national politics for one long Miss Congeniality contest.

That is, until she started picking fights with TV comics and whining that nobody before her had been so victimized by "the politics of personal destruction" -- a phrase Bill Clinton coined after Republican operatives accused him and his wife of murder.

Chances are Palin doesn't know that, as she appears to know precious little else. Even many conservatives who supported Bush almost to the end fear that the Republicans have finally touched bottom.

"In television interviews," Peggy Noonan wrote in the Wall Street Journal, "she was out of her depth in a shallow pool. She was limited in her ability to explain and defend her positions, and sometimes in knowing them. She couldn't say what she read because she didn't read anything. She was utterly unconcerned by all this and seemed in fact rather proud of it: It was evidence of her authenticity."

Palin's authentic, all right: An authentic product of what author Charles P. Pierce calls the "Three Great Premises" of America's decayed TV celebrity culture. First, "Any theory is valid if it moves units," i..e. sells advertising. Second, "Anything can be true if someone says it loudly enough." Third, "Fact is that which enough people believe. Truth is measured by how fervently they believe it."

The cultural left is sometimes as prone to dimwit populism as the right. Witness the Rev. Al Sharpton moving an audience to tears by assuring Michael Jackson's children that he wasn't "strange," but his critics were. Sleepovers with other people's children? Compulsive plastic surgery? Gobbling pills? Mainlining IV drugs? Sorry, Reverend, "strange" doesn't begin to describe that poor soul.

But then nobody ever proposed running Michael Jackson for national office.

President? Get real. Sarah Palin couldn't manage a Wal-Mart. She has neither the management skills nor the capacity for detail.

Anybody who imagines otherwise probably believes she resigned to spend more time with her (very entertaining) family. If she had any sense, she'd drop politics and market them as a reality-TV program.