Um, you mean like a threat to the mother's life? 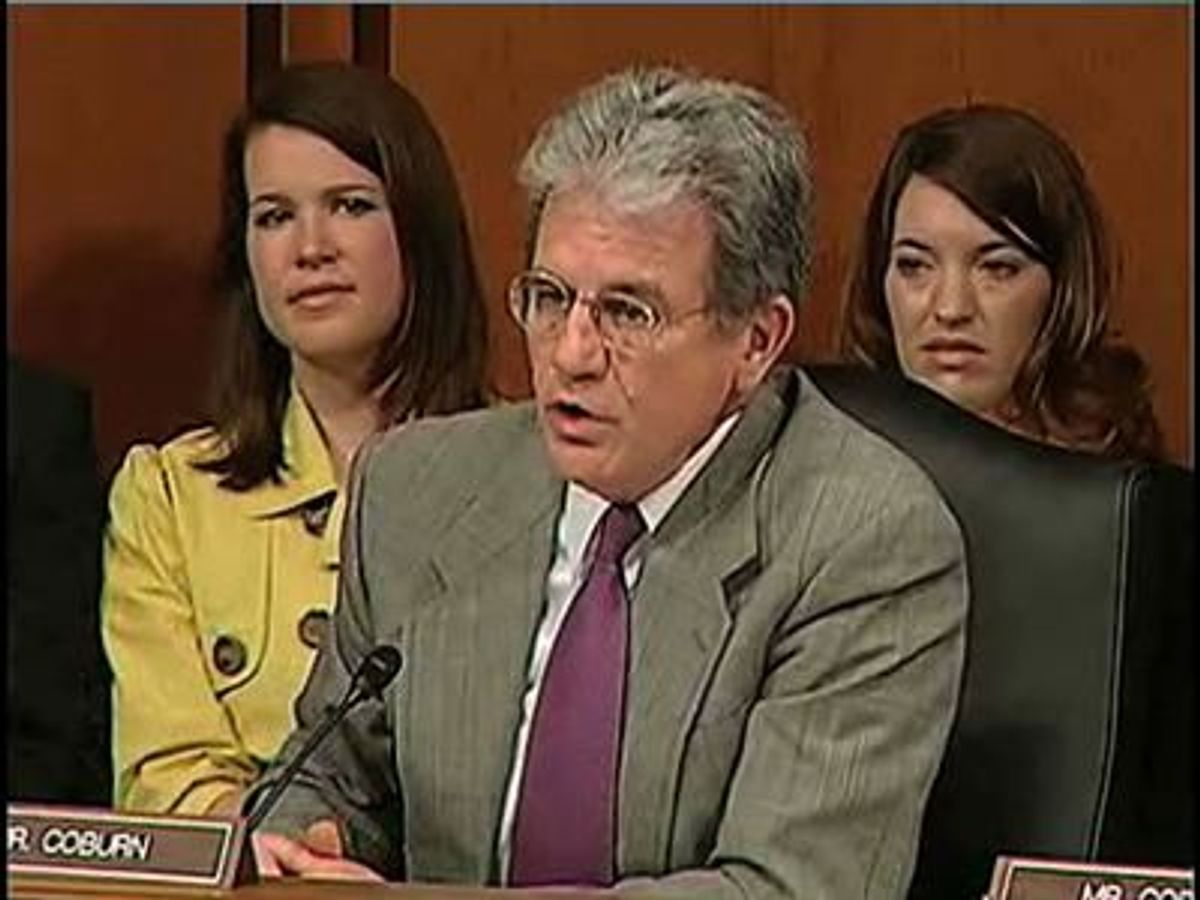 Sen. Tom Coburn sure is on a roll at Sonia Sotomayor's Supreme Court hearing. Yesterday, he asked the nominee to consider an outlandish hypothetical in which he was pregnant and desired an abortion. Today, he's taking creative license with our country's -- and the entire world's -- laws regarding abortion.

He said to Sotomayor: "Eighty percent of the rest of the world allows abortion only before 12 weeks -- only before 12 weeks." Minor problem: That's not true. Many countries allow exceptions for abortion beyond 12 weeks, according to the Center for Reproductive Rights. Perhaps Coburn should take a gander at this fact sheet on abortion laws around the world (PDF). He continued, "And yet we allow it for any reason, at any time, for any inconvenience under the [mumble, mumble, mumble]." That last part that I had to replay at least twice to clearly make out? "The health of the woman aspect." Ah yes, that minor aspect.

Yes, Mr. Coburn, you at least have that fact right: We allow women to obtain abortions for the "inconvenience" of a critical threat to their health or life.