One small step: A look back

New footage of the moon walk that launched the hopes, conspiracies and astronaut smackdowns of a generation 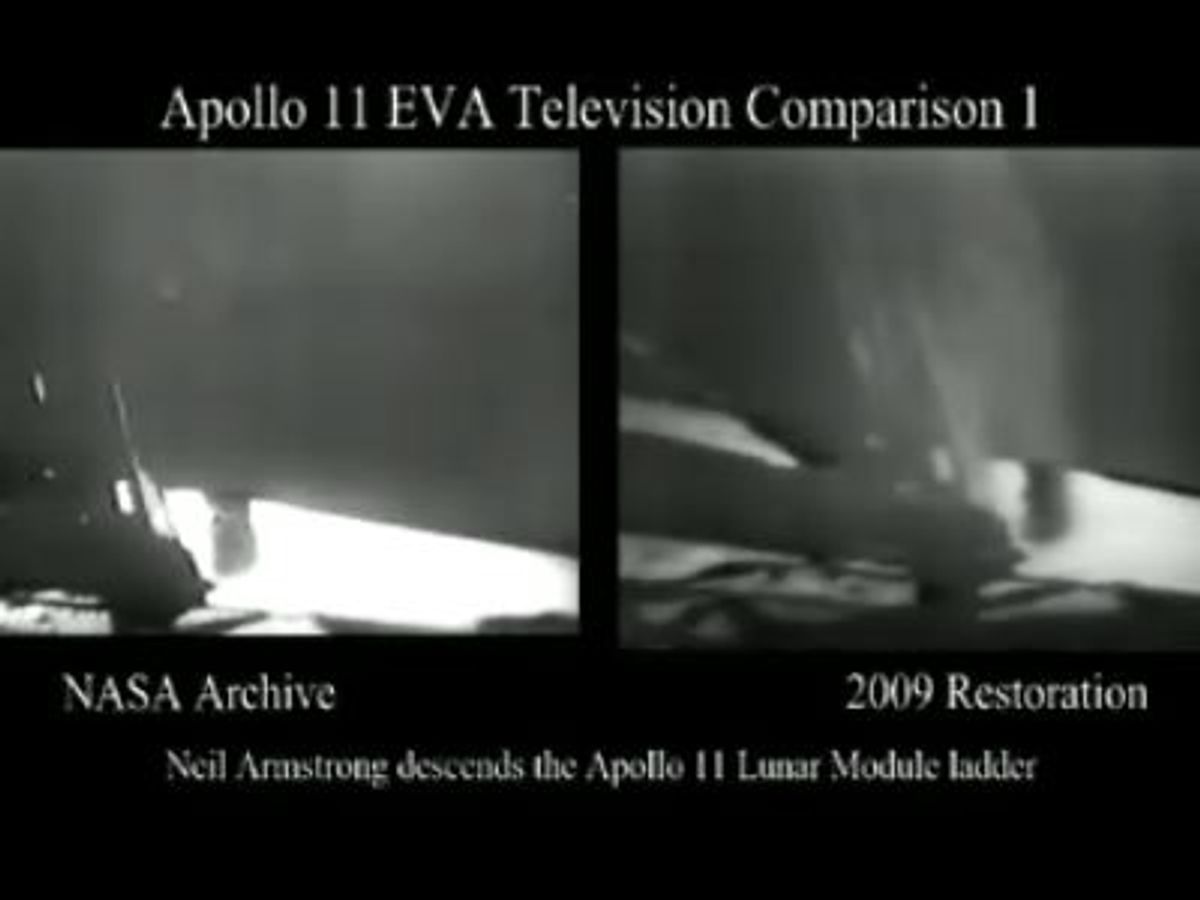 Today marks the 40th anniversary of Neil Armstrong's momentous declaration upon first setting foot on the moon. While debate still rages about Armstrong's words were actually the first spoken on the moon, the moon landing of Apollo 11 remains one of the most indelible moments in recent American history. In honor of the event, NASA recently released the clearest images yet of the impact astronauts left on the moon's surface, video of which can be viewed below.

What became of the astronauts on that fateful mission? Buzz Aldrin became a unsuccessful car salesman and now has a new book out about his years struggling with alcoholism, depression and infidelity. Armstrong largely shied away from the media spotlight after returning to earth and worked at an aviation software company for over a decade. Michael Collins, who stayed on Apollo 11 and orbited while Armstrong and Aldrin walked on the moon, became the forgotten man on the mission, but he was the director of the National Air and Space Museum after he returned.

Collins and Aldrin now both think the U.S. should go to Mars rather than trying to return to the moon. "I worry that the current emphasis on returning to the Moon will cause us to become ensnared in a technological briar patch needlessly delaying for decades the exploration of Mars - a much more worthwhile destination," Collins recently said.

As with the JFK assassination and 9/11, the moon landing has proved an irresistible topic for conspiracy theorists. The idea that the moon landing was an elaborate hoax started in earnest with Bill Kaysing's 1974 book, "We Never Went to the Moon: America's Thirty Billion Dollar Swindle." Kaysing had worked as a technical writer for Rocketdyne, a company that helped to construct rocket engines for NASA's Apollo program. Kaysing claimed the U.S. government filmed the moon landings in Area 51 in Nevada and that astronauts would have been poisoned had they actually landed on the lunar surface. He wrote that NASA did not have the expertise to put astronauts on the moon. Other conspiracy theorists, such as filmmaker Bart Sibrel, have claimed that the moon landing video must be fake because the American flag seemed to ripple though the moon has no wind and due to irregular shadow and light patterns on the tape.

However, even if you happen to believe that the moon landing was a fake, don't tell that to Aldrin. In a now infamous video from 2002 posted below, Sibrel confronted Aldrin and called him a coward. Aldrin responded by punching Sibrel in the face.