The acclaimed author of "Angela's Ashes" resisted sentimentality, lacing his unhappy memories with humor and joy 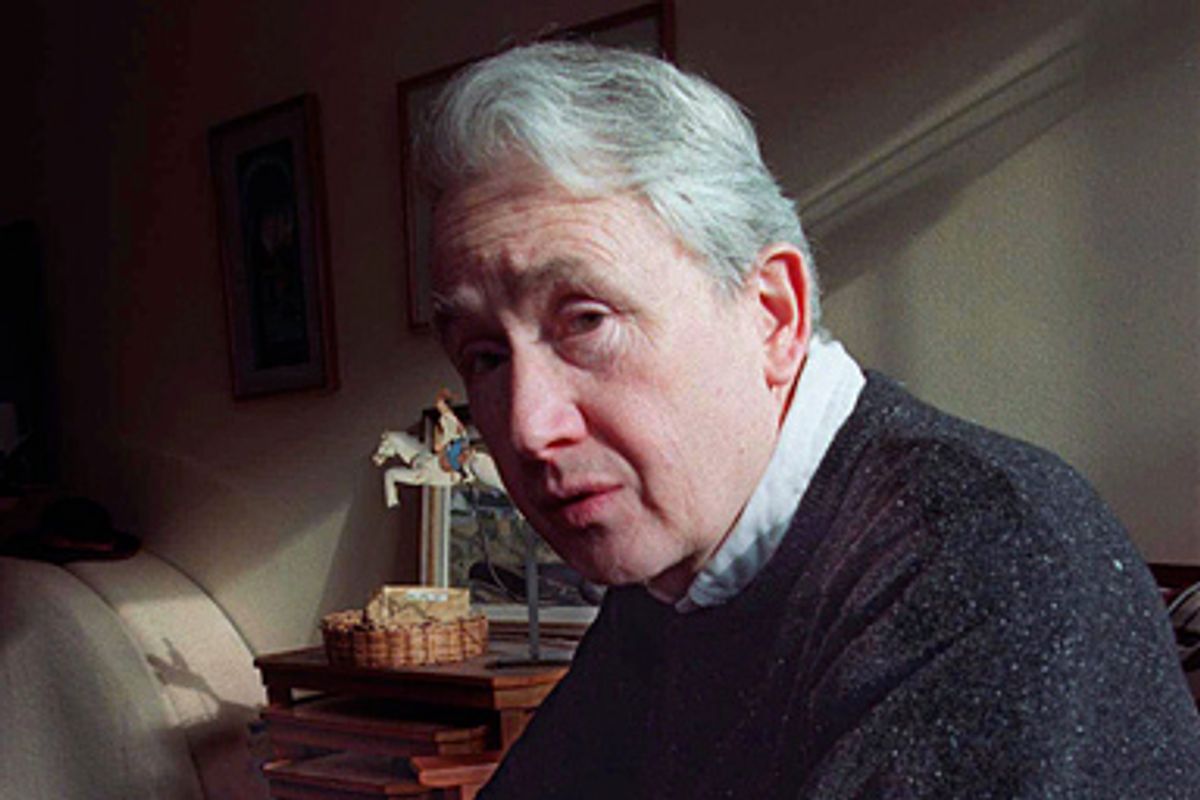 Going hungry because your father drinks away the family's dole money down at the pub. Watching helplessly as your mother struggles to provide for her family but ultimately must accept that her modest dreams are unattainable. Longing for things, like eggs, that other people might consider simple and basic, but which to you are an unaffordable luxury. These elements of a troubled childhood are all stereotypes -- unless you're actually living them.

Frank McCourt, who died July 19 at age 78, not only lived through that childhood, but wrote about it, in his evocative, tough-minded 1996 memoir "Angela's Ashes." McCourt was born in Brooklyn, N.Y., in 1930, but his parents moved the family back to Ireland when McCourt was 4: His father, Malachy, had been unable to find work during the Depression, and his mother, Angela, was despondent after the death of her infant daughter, McCourt's sister, Margaret.

Going back to the homeland in search of a better life was a bad idea, as McCourt offers in the brutally succinct first line of "Angela's Ashes": "My father and mother should have stayed in New York where they met and married and where I was born." He goes on to explain:

"Angela's Ashes" was met with praise and acclaim upon its publication (it won the 1997 Pulitzer Prize, as well as the 1996 National Book Critics Circle Award). As with most hugely successful books written by first-time authors, a backlash followed. In Limerick, where the book is set, some of the locals grumbled that McCourt had made it all up. And when McCourt's follow-up memoir, "'Tis," was published in 1999, many of the reviews noted that it didn't live up to the promise of the earlier book. The idea seemed to be that McCourt wasn't such a superb writer after all. (A third book followed in 2005, "Teacher Man," about McCourt's experiences teaching English in New York schools.)

But how many writers, in a lifetime, leave behind even one book as beautifully observed and deeply moving as "Angela's Ashes" is? What makes it a great book, and not just a good one, is how staunchly it refuses sentimentality. This isn't a nice little book in which everything works out OK in the end, nor is it a cloying weeper inviting our pity. At one point McCourt writes of stealing coins from the moneylender for whom he writes clever but threatening dunning letters:

Sometimes she falls asleep and if the purse drops to the floor I help myself to an extra few shillings for the overtime and the use of all the big new words. There will be less money for the priests and their Masses but how many Masses does a soul need and surely I'm entitled to a few pounds after the way the Church slammed the door in my face?

That passage suggests the resourcefulness and ruthlessness -- as well as the sense of humor -- McCourt needed to survive. "Angela's Ashes" rings with unresolved bitterness, particularly toward the Catholic Church; in that sense, it tells a story that McCourt probably knew he could never finish. But his voice as a writer is so strong and supple, and laced so liberally with blackhearted humor, that "Angela's Ashes" stands as a complete and whole work -- not just a memoir of one specific, unhappy childhood, but a reminder that it's the unshared experiences that often connect us.

Few of us have had childhoods as miserable as McCourt's was. That he brought us so resolutely into his own personal sphere of unhappiness and joy is just one measure of his skill as a writer, and of his generosity.