The Alaska governor says she's clean, ethically, but her legal defense fund may have crossed a line 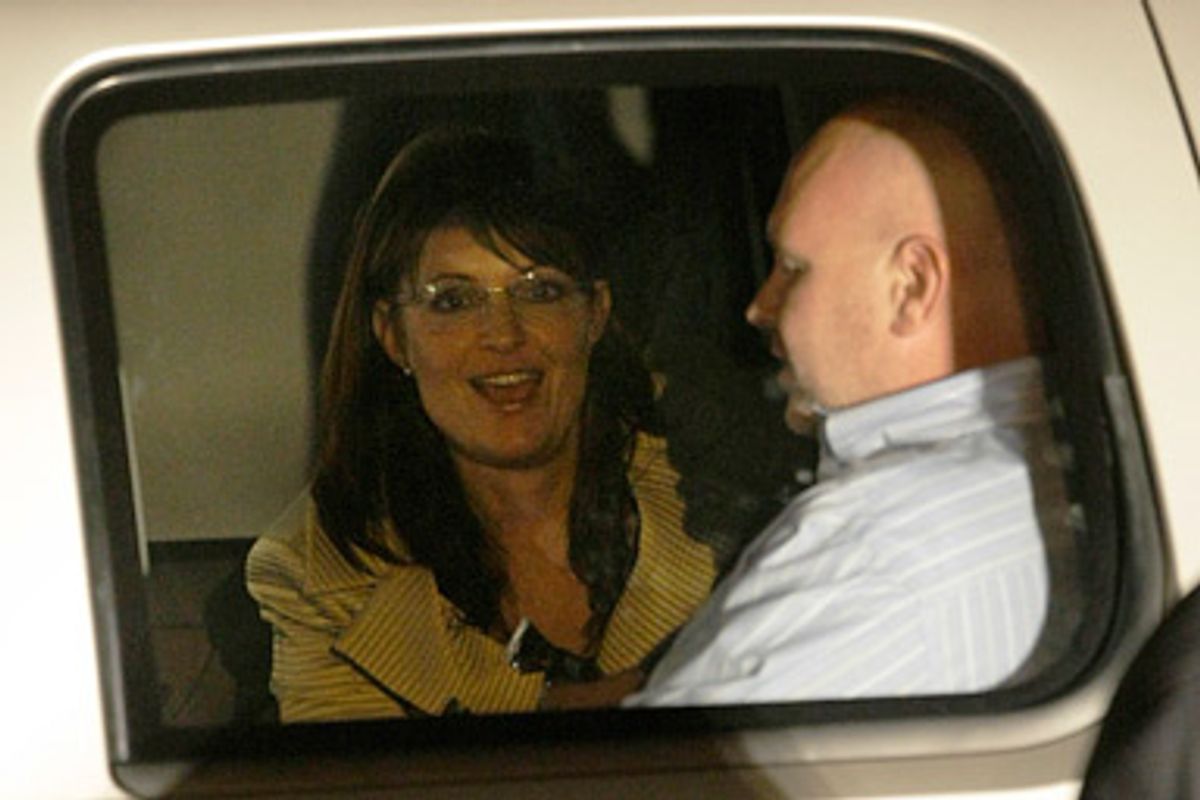 Alaska Gov. Sarah Palin addresses about 100 people who showed up to a bill signing ceremony in Unalakleet, Alaska, on Friday, July 17, 2009.
--

When she announced her resignation as governor of Alaska, Sarah Palin talked about the ethics complaints that have been filed against her, saying they were all unfounded and have cost the state millions of dollars. That wasn't really true -- but it might not matter now, anyway. She might have bigger issues, ethically speaking.

The Associated Press came out with a breaking news item about Palin and an apparent ethical breach on Tuesday afternoon, one that seems to indicate the wire service believes there's some fire to the smoke they're reporting. From the AP's story:

An independent investigator has found evidence that Gov. Sarah Palin may have violated ethics laws by accepting private donations to pay her legal debts ....

An investigator for the state Personnel Board says in his July 14 report that there is probable cause to believe Palin used or attempted to use her official position for personal gain because she authorized the creation of the trust as the "official" legal defense fund.

Ironically enough, the fund was set up to help Palin pay the cost of defending herself against the ethics complaints.

Palin's attorney hasn't commented, the AP says, but given her and her camp's attitude about these kinds of stories recently, it'll be surprising if they don't come out to attack it, and hard, pretty soon. And, of course, this report could turn out to be nothing. But it will be interesting to see what's in it.

Update 2: The Anchorage Daily News has published the report in question. (You can download it in PDF form here.) It seems to indicate that while Palin might be in some ethical trouble, it's probably not that much -- the investigator's recommendation is simply that the governor not accept the money from the legal defense fund and should ask it to remove the "official" designation from its Web site -- and it's not as big of a deal as the AP had made it out to be. So it seems very, very unlikely that this alone is the "other shoe" some people have been discussing, the much-speculated upon "real" reason for Palin's resignation.

It is true that the investigator found probable cause to believe that Palin would violate Alaska's Ethics Act if she accepted the money from the legal fund. But a fair amount of it comes down to his interpretation, and the report is just not that damning.

The irony? The investigator who wrote the report works for Perkins Coie, a law firm known for representing Democratic politicians and even the party apparatus itself -- one of its attorneys, Bob Bauer, was the lead counsel for the Obama campaign. You can bet the investigator, who was really pretty sympathetic to Palin, will have his integrity questioned by the governor's supporters for that reason soon enough.