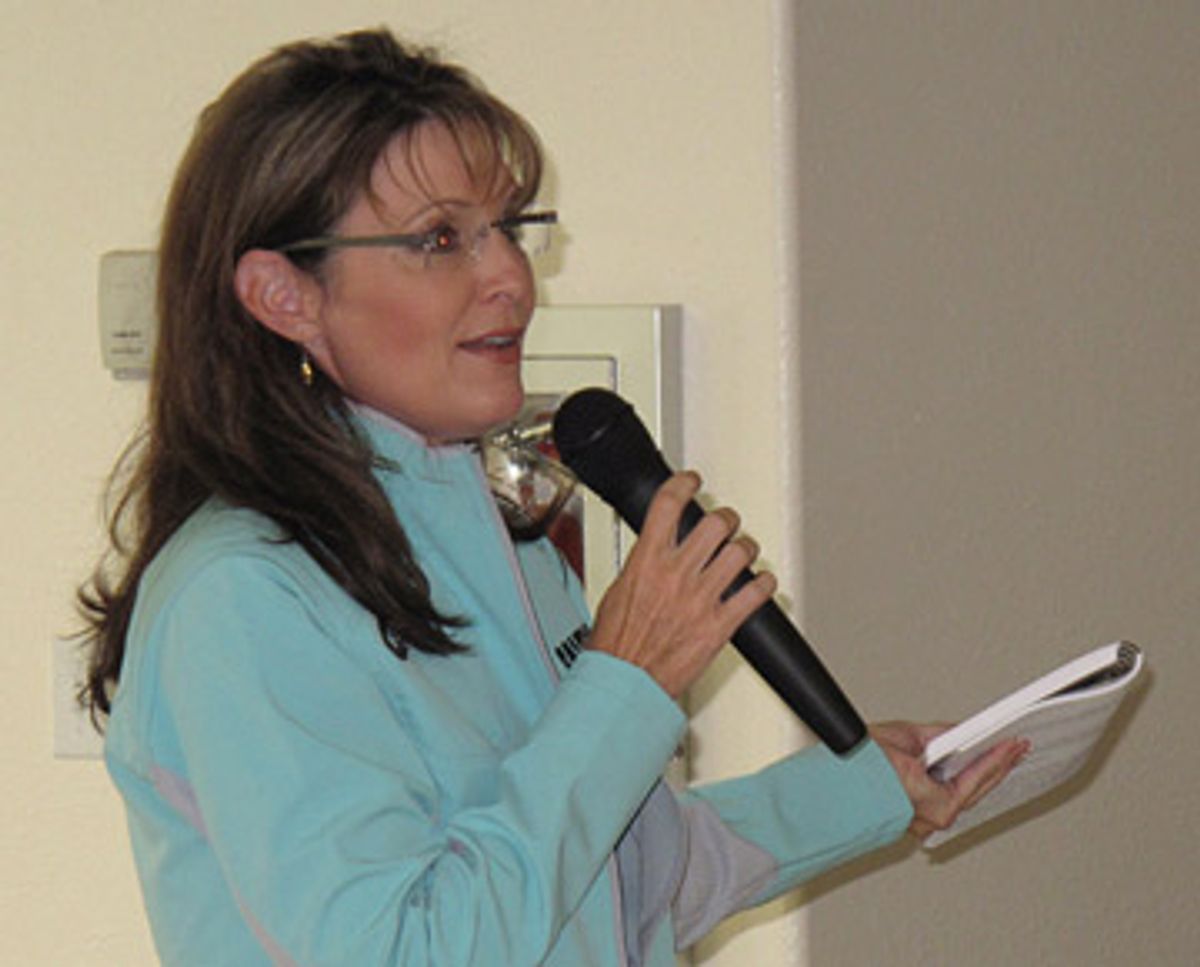 If Alaska Gov. Sarah Palin does decide to run for president in 2012, and then ends up winning, things are going to get mighty awkward once she's in office. Earlier this month, Palin signed a resolution passed by her state's legislature that aligns her with the "state sovereignty" movement, a growing force on the right-wing fringe.

In short, the resolution refers to the Constitution's 10th Amendment -- that's the one that reserves any powers not expressly given to the federal government to the people or the states -- and says that the feds have been encroaching on Alaska's rights.

"The Alaska State Legislature hereby claims sovereignty for the state under the 10th Amendment to the Constitution of the United States over all powers not otherwise enumerated and granted to the federal government," the resolution says. "This resolution serves as Notice and Demand to the federal government to cease and desist, effective immediately, mandates that are beyond the scope of these constitutionally delegated powers."

As I wrote when Texas Gov. Rick Perry endorsed a similar resolution in his own state, resolutions like this one are on shaky legal ground: Supporters of the movement are often wrong about the law and what Congress is allowed to do under the Constitution. Plus, the resolution is completely toothless -- all the legislature is doing is demanding something.

Well, that's not completely true -- they're probably also being a little annoying. The resolution specifically provides that a copy should be sent to President Obama, Vice President Biden, House Speaker Nancy Pelosi, every member of Congress, the presiding officer of all other state legislatures and all 49 other governors.