For Rihanna, a brass knuckle purse

A blog recommends a sartorial response to Chris Brown's apology. Empowering or insulting? 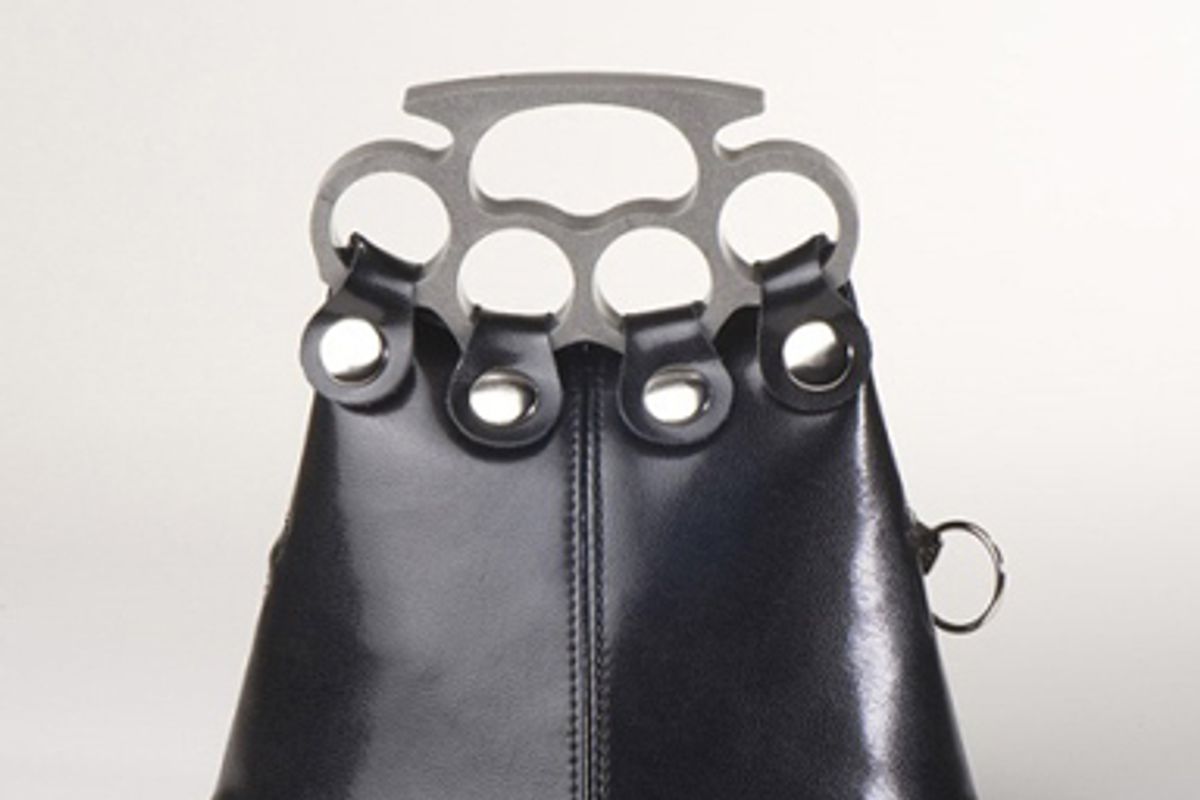 In response to Chris Brown's apology video, the fashionistas at the blog Outblush have recommended a sartorial response on Rihanna's part: a purse that is, perhaps literally, kick-ass. The $85 bag with "brass knuckle-inspired silver handles" (at right) "will remind her to be independent and unafraid, and could conceivably double as self defense if any bleeping idiot is ever stupid enough to try and attack her, ever again."

The "grrrl power" sentiment is nice and I'm generally a fan of similarly fierce and ironic fashions. (Precious little gun-shaped silver earring studs? Allll over it.) That said, many victims of domestic violence might be, oh, a tad insulted at being handed a fashionable and ineffective brass knuckle accessory -- just like a woman who has been sexually assaulted might not be all that keen on being gifted a decorative rape whistle. What do Broadsheeters think, am I just being a fashion curmudgeon?