Critics' Picks: The genius of Phoenix

Winsome, accessible pop songs from a band so cool they're willing to be ridiculous 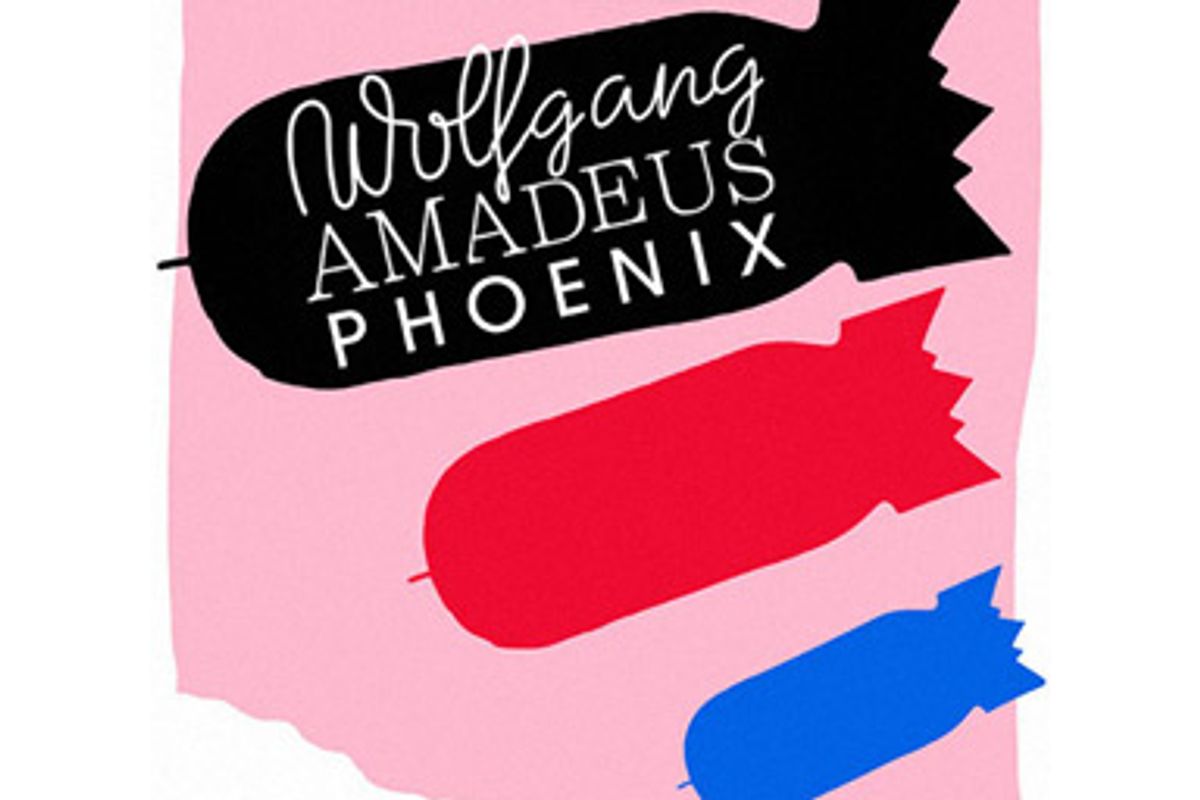 It takes some balls to give your CD the ambitious, important-sounding title "Wolfgang Amadeus Phoenix." But it takes even bigger ones to fill that CD with winsome, accessible pop songs that wouldn't have sounded out of place on top-40 radio circa 1973, nestled among all that Elton John, Stevie Wonder and Sweet.

One of the great things about the French pop outfit Phoenix is that even if they position themselves as cerebral charmers (they did get their start as the backing band on a remix of an AIR single), they probably wouldn't mind being Tiger Beat idols, either. And that relaxed, buoyant quality is part of what makes "Wolfgang Amadeus Phoenix," the band's fourth studio record, work so beautifully.

On "Love Like a Sunset Part II," they pull off Zen poetry like "Acres/Visible horizon/Right where it starts and ends/When did we start the end?" without sounding like pretentious oafs. And they have an openhearted innocence that keeps their space-age guitars and twinkling keyboards from sounding too arty: On the ebullient "Lasso," they ask, without shame, the preposterous question, "Where would you go/with a lasso? ... Could you go and run into me?" Phoenix's unfailing willingness to be ridiculous is part of what makes them so cool.

"Torchwood: Children of Earth" on BBC America and DVD