After one last combative speech, Sarah Palin is no longer the governor of Alaska 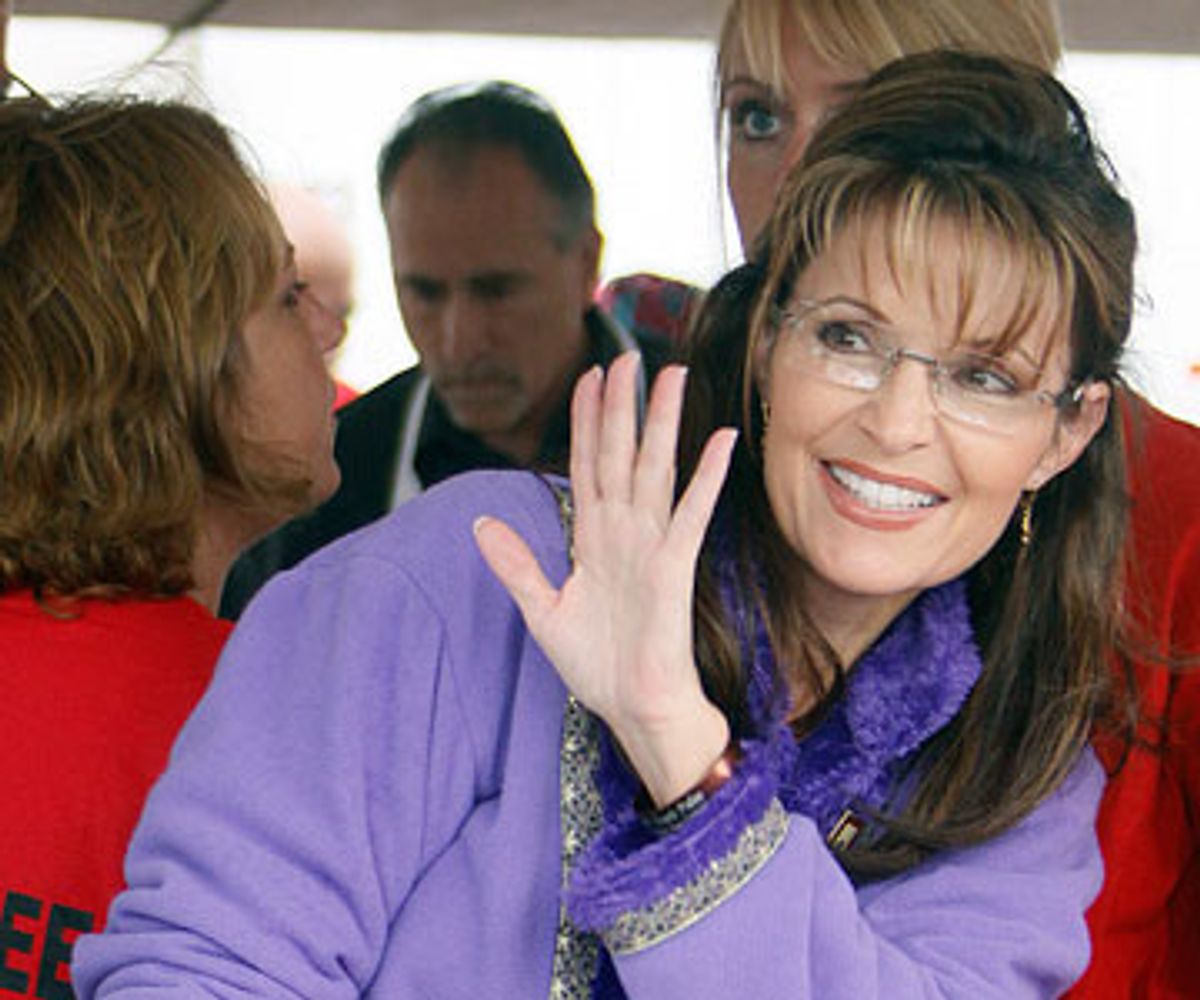 Sarah Palin is not the governor of Alaska anymore. On Sunday afternoon, Alaska time, she took the stage at the annual governor's picnic in Fairbanks to give her final speech in office, and then officially handed over power to her lieutenant governor, Sean Parnell, who was sworn in as governor just after his predecessor's address.

The speech itself was utterly disjointed, jumping from the patriotism of America's troops to energy independence, Hollywood starlets threatening the Second Amendment and a repeat of Palin's argument that remaining a lame-duck governor wouldn't have served the people of Alaska well. It was combative, too -- the outgoing governor argued with a heckler about that lame-duck rationale.

And, of course, it featured plenty of media-bashing, as Palin  told reporters, "You represent what could and should be a respected, honest profession that could and shoudlo be a cornerstone of our democracy. Democracy depends on you and that's why our troops are willing to die for you. So how about in honor of the American soldier ya quit making things up?"

It was, in other words, vintage Palin, a reminder of the remarks she made when she suddenly announced her resignation three weeks ago.

As in that previous speech, Palin gave little or no hint as to what she has planned for her future -- at this point, even her own father says he has "no idea" what his daughter's plans are. But the tenor of her speech and its focus did suggest a national focus.