The right bails on Birthers

O'Reilly, Coulter and others call it bunk -- with one, big notable exception 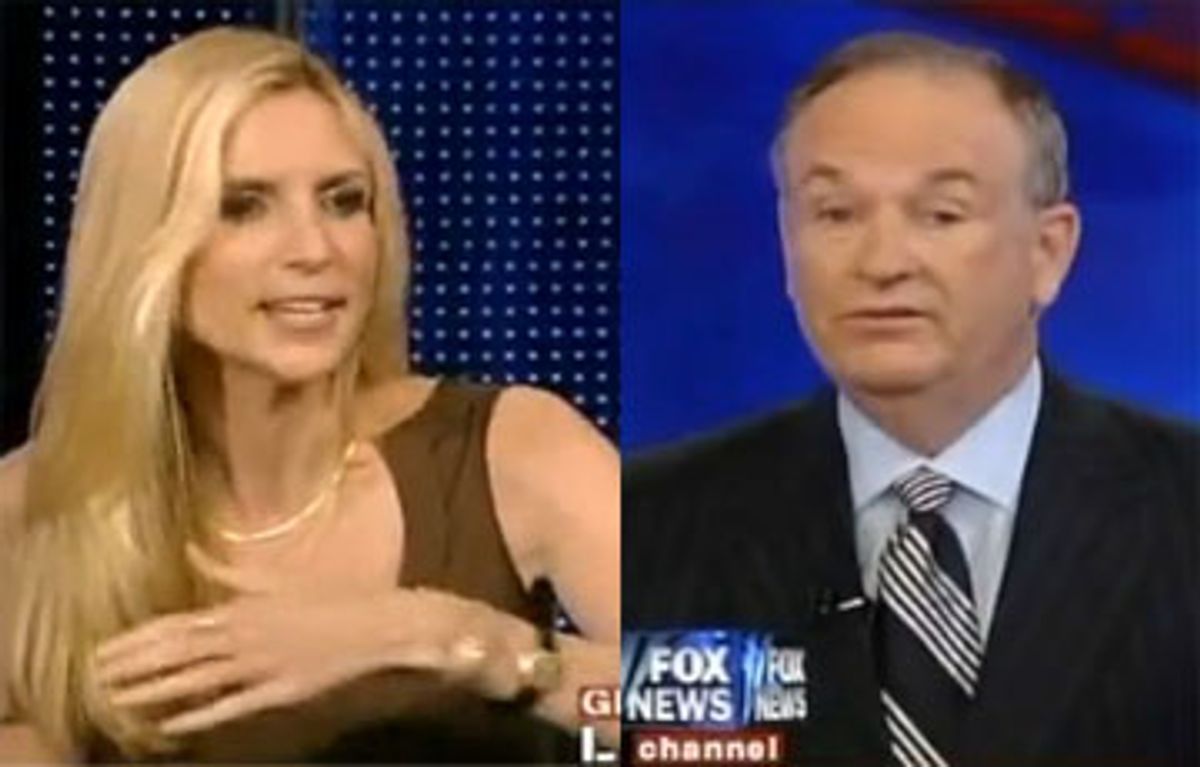 What has the world come to when Ann Coulter and Bill O'Reilly represent the rational side of the Republican Party?

Though the House just voted unanimously to affirm that Barack Obama was born in Hawaii, conservative members of the U.S. Congress have played a significant role in making sure the allegations about President Obama's birth certificate remain in the news. But it's been pundits like CNN's Lou Dobbs who have done the most to fan doubts about Obama's citizenship by giving airtime to proponents of easily debunked myths.

However, some of the conservative movement's most notorious and recognizable media personalities haven't jumped on the Birther crazy train. On Monday, Bill O'Reilly joined those media conservatives -- like Ann Coulter, who dissed them on Friday -- who've bailed on the Birthers. Here's a list of notables who have either spoken out against the Birthers or who at least have kept quiet about the issue recently:

The National Review Online has also gotten into the Birther-denunciation act. In an editorial today, the conservative publication's editorial board comes out staunchly on the side that Obama is an American citizen -- though the piece heavily condemns Obama's policies:

Much foolishness has become attached to the question of President Obama’s place of birth, and a few misguided souls among the Right have indulged it. The myth that Barack Obama is ineligible to be president represents the hunt for a magic bullet that will make all the unpleasant complications of his election and presidency disappear ...

One of the unfortunate consequences of this red-herring discussion is that there are plenty of questions about Obama’s background and history that we would like to have answered. In spite of two books of memoirs, there remain murky areas in his biography. And when it comes to those college transcripts, count us among those who’d love to know whether Dr. Bailout ever took an advanced economics class and how he performed in it.

Barack Obama may prefer European-style socialized health care. He may consider himself a citizen of the Earth and sometimes address his audiences as “people of the world,” as though he were born not in another country but on another planet. Like Bruce Springsteen, he has a lot of bad political ideas; but he was born in the U.S.A.