Standing up for Obama's health plan 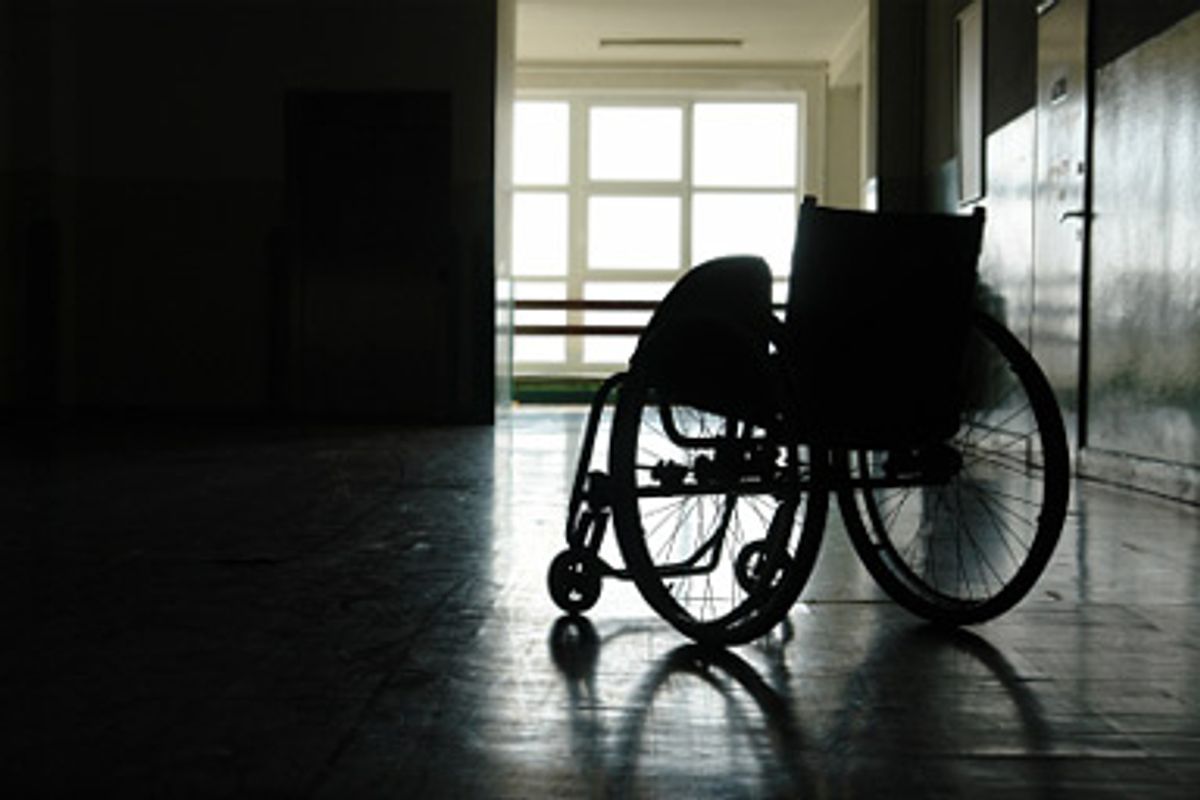 If Congress passes Barack Obama's healthcare plan, the Affordable Health Choices Act, states will lose a lot of their influence over healthcare administration and adjudication. Doctors across the country are outraged, invoking the specter of Big Brother and socialism. I on the other hand call the president's plan progress. If it passes, it will lead to a greater equality and a higher quality of healthcare for patients nationwide.

Let me explain. In the medical field called Physical Medicine and Rehabilitation, I work as part of a team trying to put lives back together after disabling injury and disease. We've got a Rolodex of world-class colleagues in all the specialties you'll need at my medical center. But if you're struck by a calamity sufficient enough to enter our care here in St. Louis, I hope you don't live in Missouri. You're much better off being one of my patients from the other side of the river in Illinois.

That's because there's a desperate truth lurking behind our efforts in rehabilitation medicine. Unless our intricate plan of family assistance and state services works out just so, many of our patients are at risk of becoming homeless or permanently shuttled off to a nursing home. In 2005, Missouri's then-Gov. Matt Blunt slashed Medicaid, the federally mandated, state-run insurance designed for poor families. We see a lot of Medicaid in rehabilitation, thanks to young invincibles who meet their match, and those with brewing problems that go untreated for too long for lack of insurability or a good job. Think you'll never need Medicaid? I've seen brand-name private insurance exsanguinate by the first week of rehab, leaving young professionals with nothing more than Medicaid.

And if you've got a new spinal cord injury and we've taught you to catheterize yourself, good luck getting those catheters if you're on Medicaid. Medicaid will cover the antibiotics for the urinary tract infections you'll acquire from recycling your only catheter and the urologic interventions you'll need to remove bladder stones. If your kidneys fail altogether, the federal government will step in with dialysis. And if your electric wheelchair breaks down or needs a new battery, we'll have no problem moving you into a nursing home. You'd prefer a new battery so you can continue living at home? You picked the wrong state.

As a poor Missourian, you'll have no more than 30 days for your rehabilitation. Not quite ready to go home? Need a few more days of intensive therapy? Again, you picked the wrong state. Missouri Medicaid wants to admit you to a nursing home so much that it also doesn't allow for outpatient physical therapy services or in-home therapies, taking another essential tool out of the hands of your medical team. I'll admit an occupational therapy home assessment doesn't sound as sexy as those forensic field trips on the television show "House." But I'm not asking therapists to investigate my hunches by rifling through your cabinets. I'm asking them to prevent you, my stroke patient, from having the hip fracture that will hasten your death (but not before you accrue an enormous bill).

This year, St. Louis County voters turned down a half-cent sales tax needed to maintain the Call-A-Ride system used by many of our patients to get around town, dropping service to a level that is in violation of the Americans With Disabilities Act. At that time, the local paper profiled a middle-aged couple, both with multiple sclerosis, who live in a nursing home just outside the new boundary for transportation service. Despite the attention they received, the formerly active pair have been going for weeks at a time without leaving the facility. If they lived in California, this couple might receive in-home supportive services -- California's program is one of the success stories of the independent living movement. But services for the disabled are among the first to be slashed in any budget crisis, and last week California legislators passed cuts that will dump 40,000 people from its rosters.

So I don't have a lot of confidence in any state's commitment to the populations I treat. The states' malfeasance extends beyond the administration of Medicaid to their lax regulation of private insurers. Over the past decade, private insurers limited coverage on small classes of patients, particularly the disabled and those in rehab, whenever they can get away with it. They've hit amputees with caps on coverage so severe that people who thought they had insurance are being financially ruined and forced to go on Medicaid in order to walk.

Not long ago, I met with Jeff Damerall, chairman for the Missouri Coalition for People With Limb Loss. Damerall is a man who knows the importance of industry regulation. He lost eight fingers and both legs to septic meningitis in his freshman year in college. When he walked into his first job at a small law firm in 2005, he thought he had prosthetics coverage. But when it was time for a replacement, he discovered his cap was $2,000. Damerall had just enough savings to cover the rest of the $20,000 bill, but began worrying about those without savings as well as his own future.

Reflecting now on his months in rehabilitation 12 years ago, Damerall tells me, "If I had thought for a moment that I wouldn't be able to get my legs, after everything I'd been through, I would have given up." After raising the money to hire a lobbyist, Damerall's group got its legislation tacked onto an omnibus bill at the last minute. As of January 2010, private insurance plans in Missouri won't be able to single out amputees for special restrictions.

The fact is, American business has no problem pushing around the states. UCLA law professor Russell Korobkin, who specializes in healthcare issues, tells me that we'll soon be seeing cases involving industry abuses going to the federal courts. As it should be. Today if an insurance company denies a claim, and the case goes beyond arbitration into the legal system, a state supreme court is the final arbiter because insurance plans are regulated by state statutes. There's no appealing to federal courts unless there is a constitutional question, which is very rare. But with nationally regulated healthcare, our federal courts and ultimately the U.S. Supreme Court make the close calls, and frankly that's reassuring to someone who considers healthcare a human right. On some issues, America is just too diverse. South Carolina's high court is selected by people who fly the Confederate flag out front.

Both the House and Senate versions of the new health plan lay out minimum standards for public and private insurers that include rehabilitative services and devices. Whether that means an active young amputee will get a C-Leg or a stroke victim will get three full months of intensive therapy will be up to the Department of Health and Human Services. One thing's for sure -- the minimums will be all that most patients can get. Private plans that offer more coverage than the required minimums will find their profits sapped, as they’ll attract policyholders who are certain to use that extra coverage. Only people who know they’re prone to kidney disease, for example, will be seeking out the private plan that offers them portable dialysis machines that aren’t available on the public plan. "The very thing that the Republicans and conservative Democrats don't like -- which is that [the public option] is in competition with private insurance -- is exactly why it's a good idea," says historian and disability rights activist Paul Longmore.

If health reform passes, people like Jeff Damerall won't be fighting in obscurity. Thanks to the national limelight, most state-based horror stories will cease. Americans will have the same self-interested fascination in national standards as the British, where National Health Service decisions make headline news. We'll all be on Jeff's side.

With comprehensive national standards, states will not be able to dodge their responsibilities. Their disparate health insurance regulations and Medicaid administrations will no longer trample basic human rights. So let's stop what doesn't work and go forward together.

Ford Vox, M.D., is a resident physician at Washington University in St. Louis.