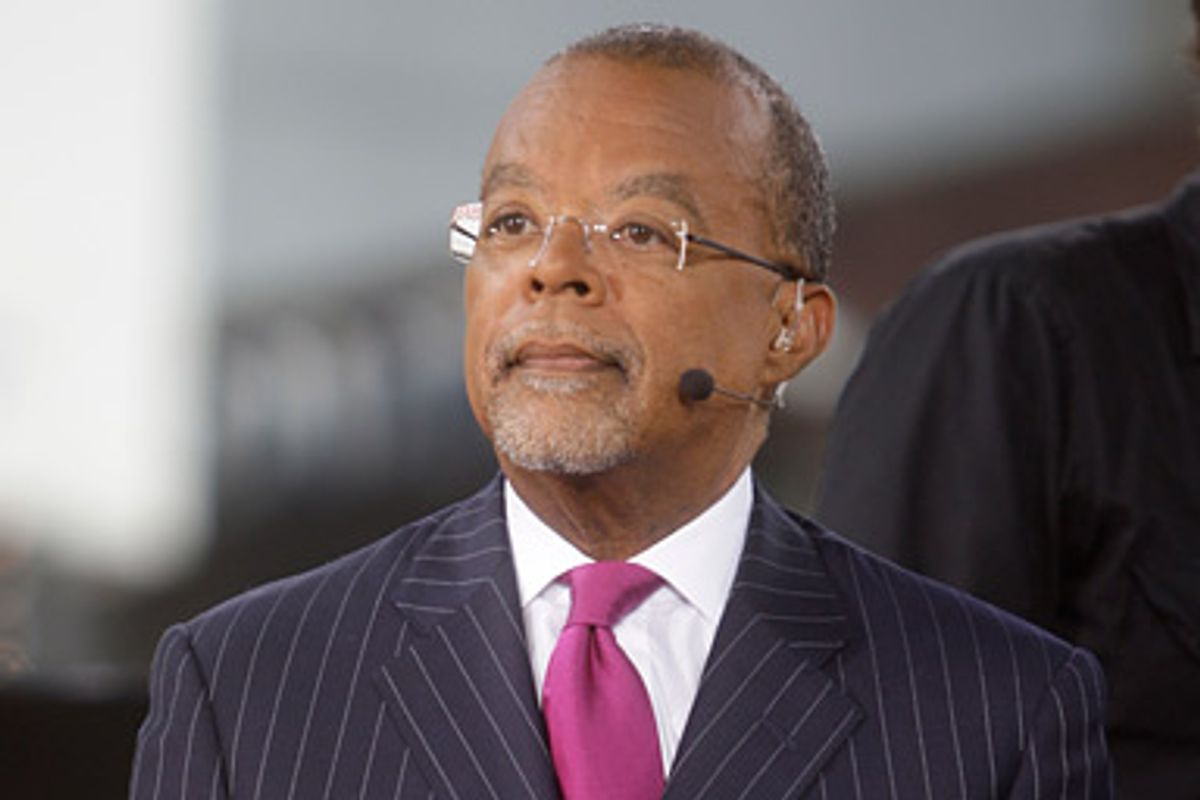 So a Harvard professor who reportedly played the "you don't know who you're messing with" card to a cop got an unscheduled ride downtown. Boo hoo hoo. Maybe he learned something. Or would. If he'd get over himself, which appears unlikely. Anyway, when the police come to your door, always step outside. It puts everybody more at ease.

Also, be a regular Joe. They don't know how many awards you've won, and, frankly, they don't care. Silly misunderstandings are their favorite kind of domestic call. So just answer their questions and they'll go away. Furthermore, people get arrested in their homes every day. It's usually the easiest place to find them. If you've no experience of the law enforcement world, watch a few episodes of "COPS." (Programming note: It's not on PBS.)

Alas, the average professor can be awfully hard to bring down off his high horse. Professor Henry Louis Gates Jr. was just back from a trip to China. So he probably hadn't heard a story that moved on the wires that morning about five Jersey City cops gunned down by a perp who'd hidden a shotgun under his bathrobe. One died, along with the shooter and his girlfriend.

Chances are that Crowley, who answered a possible burglary-in-progress call at Gates' home in Cambridge, Mass., that afternoon, knew about it. Cops notice stories like the Jersey City shooting. They're a reminder that even small, seemingly inoffensive fellows can shoot you graveyard dead.

"We don't know precisely what was going through Crowley's mind," concedes New York Times columnist Judith Warner. "But his report and later statements seem to attest to a greatly outsized sense of vulnerability and victimization."

Where do they find them, I wonder? Whether Crowley knew about the Jersey City incident, he was alone and responding to a 911 call of a possible crime in progress. There had been recent burglaries in that area. The woman who reported it met him outside. She'd seen two men break in the front door and enter the house.

So, yeah, of course Crowley asked Gates to step outside. He didn't know who was inside, or what was going on. Fictionalizing, Warner surmises that even a white man might have "bristled at the cold officiousness of the officer's tone."

Here's how Gates described the incident to his own magazine, the Root. Having forced a jammed lock, he was on the phone with Harvard University. "I'm saying, 'You need to send someone to fix my lock.' All of a sudden, there was a policeman on my porch. And I thought, 'This is strange.' So I went over to the front porch still holding the phone, and I said, 'Officer, can I help you?' And he said, 'Would you step outside onto the porch.'... All the hairs stood up on the back of my neck, and I realized that I was in danger. And I said to him no, out of instinct. I said, 'No, I will not.'

Three things: Gates needs new lawyers. Second, no he wasn't in danger, as subsequent events proved. Third, assuming sobriety, why would somebody who'd just broken his door open in broad daylight find it "strange" and "ridiculous" that a cop would ask him to explain?

Nothing about Crowley's fine record makes that credible. On CNN, Gates waxed indignant that the officer followed him inside without being asked. It's called "probable cause." He's not going to let a suspect out of his sight until he's satisfied there's an innocent explanation. At which point Gates apparently began yelling about racism. He says Crowley refused to identify himself; Crowley says he did, but the professor wouldn't shut up long enough to hear him.

Was it necessary to arrest Gates? Well, it's not a crime to act like a jackass, but cops can't have crowds seeing them cowered by a loudmouth. Everybody with any sense understands about black men and white cops. But racism's a two-way street. Being a Harvard professor ought to imply a degree of self-control. Had he not acted, yes, so "stupidly," Gates could have avoided embarrassment.

Meanwhile, President Obama should learn to finesse touchy questions when he doesn't know what he's talking about.