Should we lament the skilled fighter's rise as a sex symbol or cheer her on? 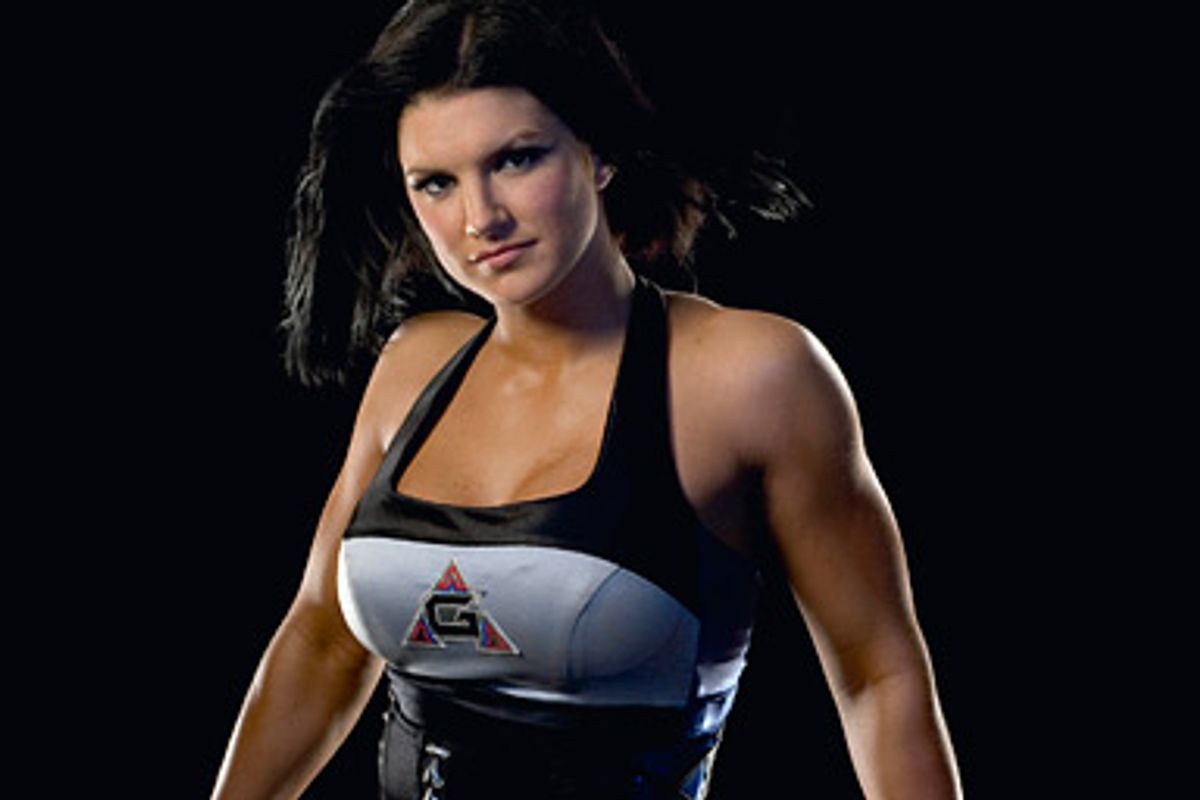 Gina Carano is the undefeated star of women's mixed martial arts, one of the bloodiest sports out there. On the undercard, she has upstaged headlining male fighters on prime-time TV and earned her fair share of grisly battle wounds. The 27-year-old also happens to hold the #16 spot on Maxim's Hot 100 List and has busted out of bikinis for provocative photo spreads. She is a literal ass-kicking sex symbol and, as such, is massively marketable. In fact, she's even managed to catch the attention of the New York Times, which belatedly joined in the media hype Tuesday over her headlining fight against Cristiane "Cyborg" Santos on August 15.

Carano has all the makings of a crossover celebrity, but beauty is a double-edged sword in women's sports: It can launch your career to new heights, but it can also undermine serious talent, which she has in spades. Case in point: Most any discussion about Carano (including this one) touches on her looks. Understandably, people have a tough time getting beyond the dissonant image of a buxom bombshell with a sweetly dimpled smile climbing into a fighting cage, going for blood and loving it. Outside of the world of video games, you rarely come across examples of women who embody such polar extremes. Contemplation of her seeming contradictions might cause even reasonably capacious brains to explode: Sexy and scary? Passive and aggressive? Feminine and masculine? How is it even possi -- ka-boom!

Some will look at Carano's fame as a sad statement about the limitations put on female athletes, but I'm inclined toward a more optimistic take: Whether she's delivering a swift head-kick in the ring or stripping down within the pages of Maxim, she's got us all in a choke hold. Like a true mixed martial artist, she has many different weapons for success and she's using them all.