At Specter town hall, people are angry, but why?

The senator's constituents are frustrated, and they want something done -- they just don't seem to know what 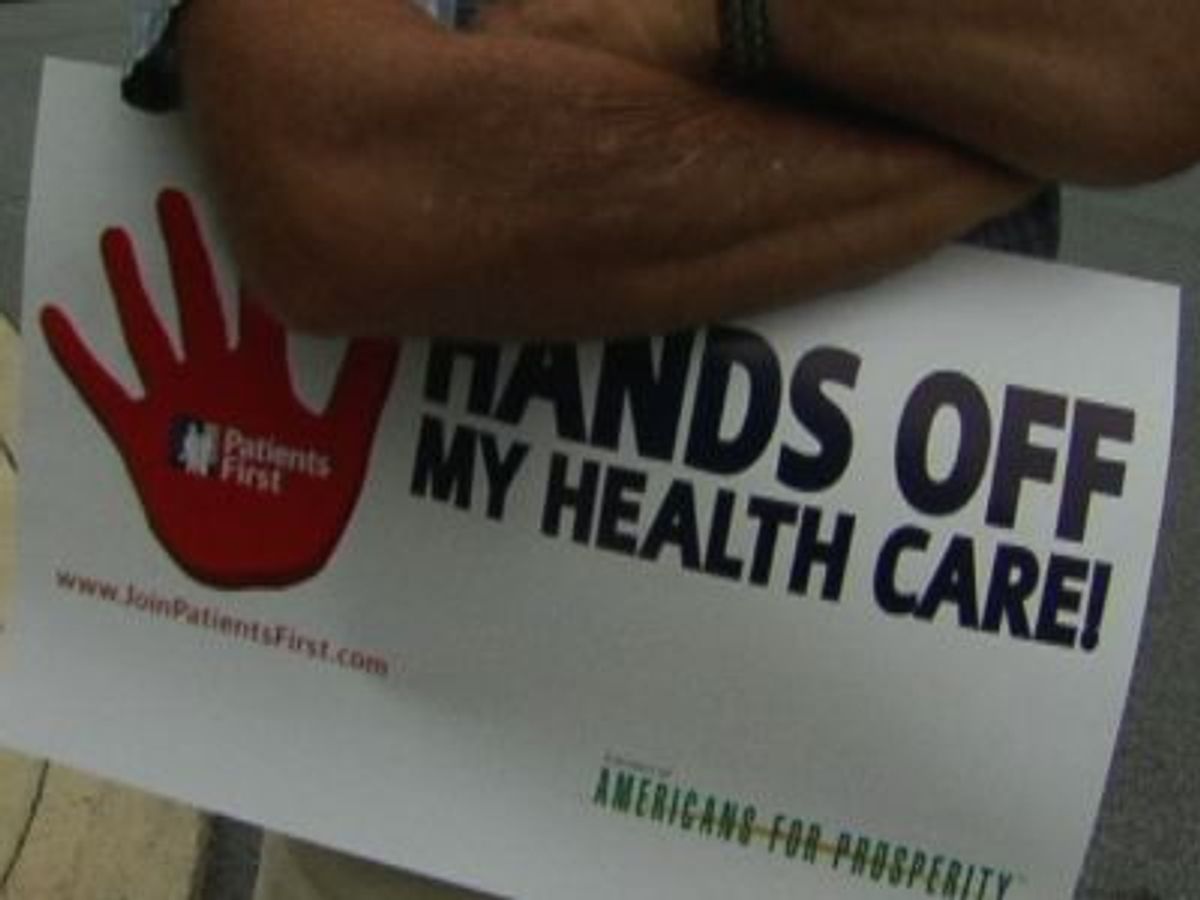 STATE COLLEGE, Pa. -- The people who've come out for the town halls held by Sen. Arlen Specter, D-Pa., this week have been angry, there's no doubting that. It's just not totally clear that they really know what they're so angry about.

Take, for example, the man who stood halfway through Specter's town hall Wednesday morning to share his personal story -- a real tear-jerker: A disabled veteran, he'd just been laid off and was without health insurance when his wife became ill and was told she needed a heart transplant. Now, two years later, she's still alive because the state paid for the procedure.

In another time, another atmosphere, this might be an argument for increasing government's role in healthcare. Not now. Instead, the man went on to rail against Democratic reform plans, saying "the bill is socialistic" and picking up on the myths about euthanasia that have circled among opponents, asking Specter, "If this bill passed, would my wife be alive today?" (He was angry, too, about the town halls themselves, asking, "Why does Obama send his goons to the town hall meetings to rough people up?")

The crowd at large was more sympathetic to Specter, and to reform, than they had been at the events the senator held on Tuesday, so a few of them muttered that the man's story seemed to support their point, rather than his. And Specter himself made that explicit, telling the audience to loud applause, "She got help from the state of Pennsylvania, well, that's the government."

This sort of thing hasn't been confined to that one man. There is, for example, one angry man's demand of Rep. Bob Inglis, R-S.C., which has become famous on the Internet: "Keep your government hands off my Medicare." (It's a goverment program to begin with.) Similarly, on Wednesday, 69-year-old Robert Wargo told Specter he's "very scared about my grandchildren's America," and asked, "Can we have fiscal responsibility?" And he was certainly knowledgeable about government expenditures and about programs he didn't like and wants to see cut -- but when Salon asked him after the event for his feelings on healthcare reform, the first concern he mentioned was, "They're going to cut Medicare by half a trillion dollars."

The people who are coming to these town halls are certainly smart enough to understand what's going on, and to say what they dislike about the reform plans. The problem is that the volume of misinformation out there now is enough to drown out legitimate concerns.

Plus, there's a lack of constructive criticism. Many of the people at these events clearly believe something's wrong with the current system, and they want something done. They just don't seem to know what that is (at least, not beyond tort reform, which is a very popular call). Instead, the crowds know, and are very happy to let others know, what they don't want done. And, ultimately, that will only hurt their cause.

This, really, has been the drawback to the current wave of town halls, and the media coverage of them. It's a self-perpetuating cycle: The anger has gotten coverage, which has drawn more people with more anger to the town halls, which has added to the coverage -- and on and on. That's left very little room for actual policy discussion, or even for anyone to actually bring some facts to bear on the issue.

Here in Pennsylvania, Specter hasn't been helping matters much. He's been so busy defending himself, and trying to play referee for his constituents, that he hasn't had time to do any educating. His responses to being questioned about former Alaska Gov. Sarah Palin's infamous (and mythical) "death panels" are perhaps the best example. He promises his constituents he'd never vote for any such thing, but though he clearly knows no one's proposing them -- he's said that to reporters at press availabilities after the events -- he doesn't typically point that out during the town halls themselves.

Video: "I'm trying to be informed because I'm fearful"