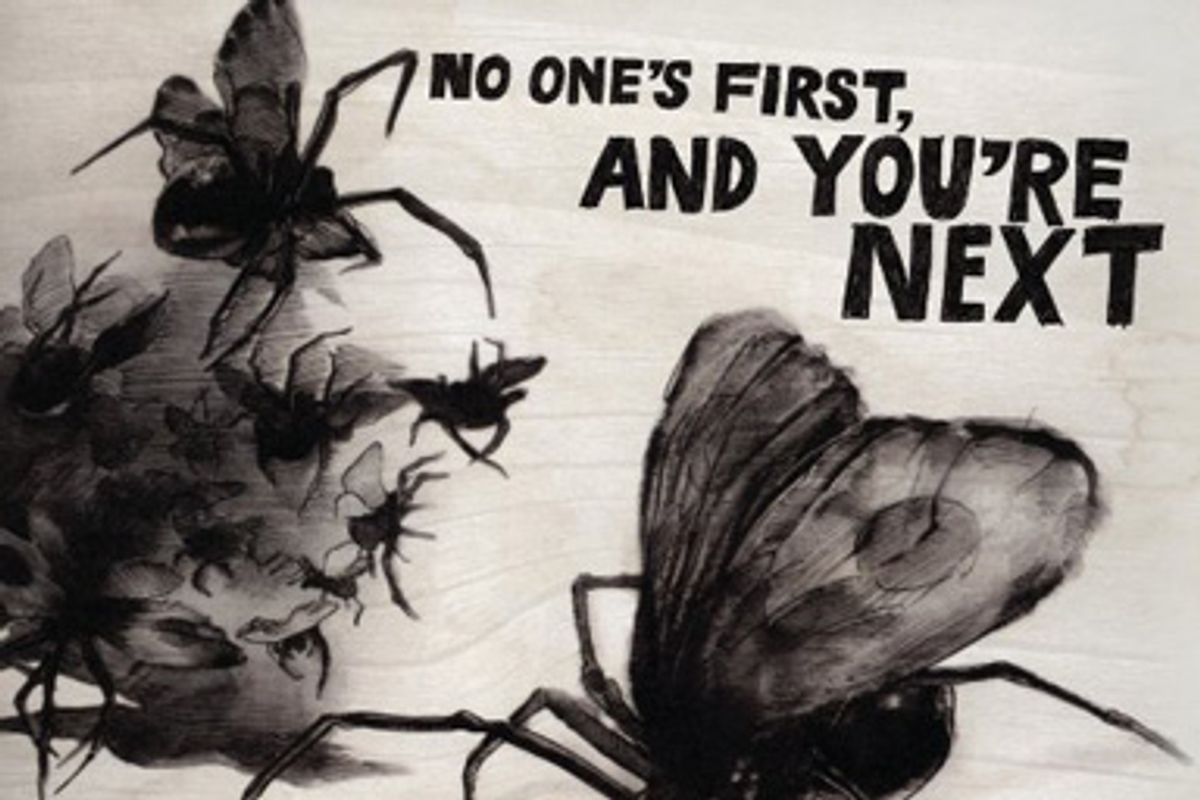 "No One's First and You're Next" by Modest Mouse

Modest Mouse has dragged its scrappy angst across many a mile over the past 13 years, from the mid-20s ennui and frustration of "Interstate 8" to the unexpected early-30s optimism of "Float On" -- which of course carried with it the worry that the band might go mainstream, lose its edge, and other clichés.

Now here it is 2009, and Isaac Brock captures the panic incited by impending middle age when he sings, "We all try harder as the days run out" on "Perpetual Motion." With this collection of B-sides, Modest Mouse seems to be trying harder than ever to match their original clattery, ragtag sound. "Satellite Skin," "Guilty Cocker Spaniels" and a few others here feel like reasonably good discards from "Good News for People Who Love Bad News." But hold on for the dark instrumental "The Whale Song," whose eerie roiling tones and scratchy hodgepodge of voices captures the spirit of early Modest Mouse, playing to its unvarnished strengths.

Likewise, the moody strings and howling of "King Rat" feel like "Dramamine" meets Bob Fosse dance number, exactly the sort of madness that might reassure those fans who've been drawn to Brock's bitter wisdom for over a decade.

"The Magicians," by Laura Miller