Betsy McCaughey helped kill the Clinton administration's plan, but she couldn't get past "The Daily Show" 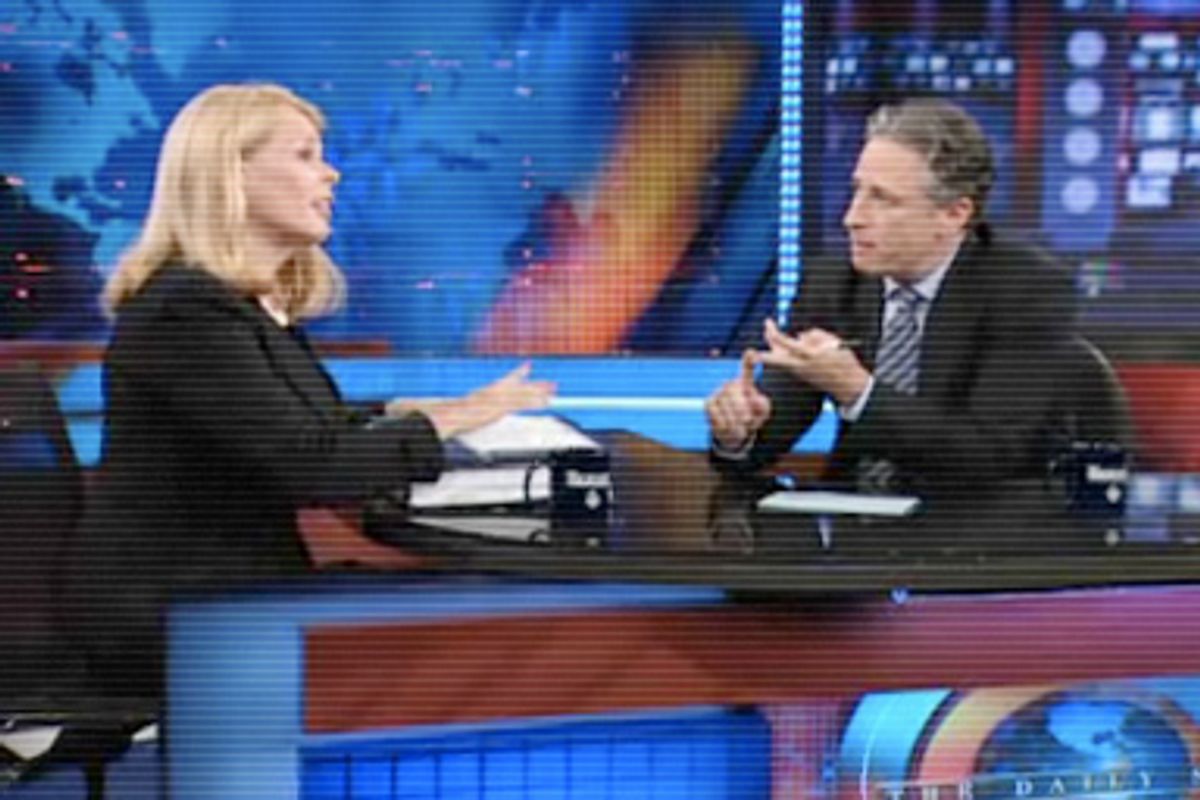 Back in the early 1990's, Betsy McCaughey wrote "No Exit," an article for The New Republic on the Clinton administration's healthcare reform plan. The piece was filled with falsehoods -- so many, in fact, that the magazine later disowned it. But by then, it was too late; McCaughey and her article had played an instrumental role in killing the Clinton proposal.

Now, she's back, and is again the chief propagator of some of the most pernicious myths about the Obama administration's plan. As I wrote in an earlier post about Ezekiel Emanuel, brother to White Housse Chief of Staff Rahm Emanuel and a lead advisor to President Obama on healthcare reform, an op-ed she wrote earlier this year for the New York Post was incredibly misleading on the subject of Ezekiel Emanuel and his ideas.

Emanuel is a leading bioethicist, an opponent of euthanasia and doctor-assisted suicide, but McCaughey twisted his words, making him into someone who "says medical care should be reserved for the non-disabled," someone who doesn't want to "give much care to a grandmother with Parkinson's or a child with cerebral palsy." And that was only the beginning.

McCaughey's latest falsehoods have taken hold with a disturbingly large portion of the American public. But she couldn't get them past "Daily Show" host Jon Stewart, who had her on his show Thursday night and subjected her to one of his better interviews, meticulously picking her points apart and demonstrating their inaccuracy, leaving her stumbling and stammering in an attempt to defend her position. By the end of it, he told her, "I like you -- but I don't understand how your brain works."

Two videos of the interview are below; both are extended beyond what was actually aired on television.