The U.S. versus Monsanto? 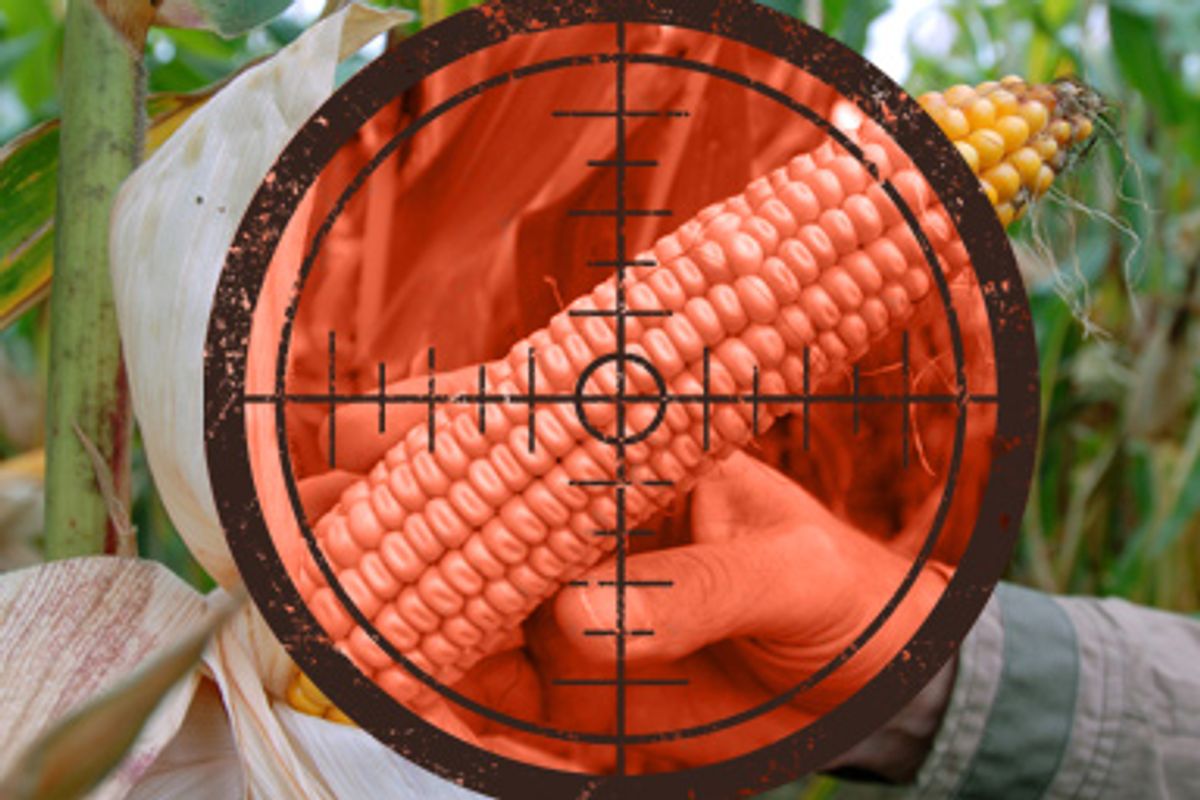 Did a warning shot just fly across Monsanto's bow?

Most of the focus on the newly invigorated antitrust division of the Department of Justice has centered on the possibility that the feds are taking a hard look at Google's domination of the online advertising market. My former colleague Farhad Manjoo does a great job of explaining why that's not a particularly smart idea. But for the foodies, organic and family farmers, and anti-GMO activists of the world, there's a far more provocative target at which to aim the antitrust cannon: the Roundup, GMO-corn and GMO-soybean king, Monsanto.

This is not idle speculation. On Aug. 7, Philip Weiser, a newly appointed deputy assistant attorney general in the antitrust division, gave an important speech in St. Louis, which just happens to be where Monsanto is based. The title of the speech: "Toward a Competition Policy Agenda for Agriculture Markets."

Weiser started off with some historical observations about the Sherman Act, the enabling legislative authority for antitrust enforcement, pointing out that worries about price fixing by "the Beef Trust" in the late 19th century encouraged senators representing agricultural states to support passage of the bill. Weiser then delivered a pair of pointed paragraphs unlikely to be received with smiles at Monsanto HQ. Italics mine.

Over the last twenty years, changes in technology and the marketplace have revolutionized agriculture markets, producing some substantial efficiencies as well as concerns about concentration. Notably, farmers today increasingly turn to patented biotechnology that is used to produce seeds resistant to herbicides and insects, producing larger crop yields than ever before. At the same time, this technological revolution and accompanying market developments have facilitated the emergence of large firms that produce these products, along with challenges for new firms to enter this market.

...For many farmers and consumer advocates, we understand that there are concerns regarding the levels of concentration in the seed industry -- particularly for corn and soybeans. In studying this market, we will evaluate the emerging industry structure, explore whether new entrants are able to introduce innovations, and examine any practices that potentially threaten competition.

I have written before about how Monsanto's growing control of the seed business is ripe for trust-busting treatment. Either by direct ownership or through licensing of its genetically modified traits, Monsanto may dominate as much as 90 percent of the U.S. corn and soybean seed market, to the point that farmers are complaining about the difficulties involved in simply locating non-GMO seed.

Monsanto, of course, has its defenders, who argue that any antitrust enforcement would unfairly punish the company for its successful development of innovative über-corn. Why should we care about the small farmers who can't afford high-priced seed or are struggling to stay organic?

Exactly who's getting hurt by the structure and composition of U.S. agribusiness? Not consumers. Americans have enjoyed gloriously low food prices for years. But of course it's not supermarket patrons the DOJ's worried about. It's family farmers — moms, pops and kids living on farms in the midwest, Great Plains and South who have trouble making a living while seed, grain, dairy and livestock distributors and processors rake in all the dough. The Jeffersonian strain in our country's collective consciousness means every few years we wring our hands over the plight of the family farmer. We need to get over it.

As for Monsanto, the rumbling from the DOJ has nothing to do with competitiveness and everything to do with Monsanto's main competitor, DuPont. Monsanto recently sued DuPont for patent infringement, and has a list of grievances against the company a mile long on its corporate Web site. Among the complaints: A PR firm hired by DuPont allegedly forged letters critical of Monsanto and mailed them to congressional legislators, and Monsanto also claims that DuPont has been funding critics of the company for years.

Sure enough, the conference at which Weiser gave his speech was convened by a group called the Organization for Competitive Markets, which bills itself as an advocate for consumers and small farmers against "big agriculture." And yes, OCM has received funding from DuPont.

But no matter what Monsanto would like to think, its legions of critics are not all on the payroll of DuPont. For one thing, from the standpoint of the safety of genetically modified organisms, something which antitrust enforcement would have little to no bearing on directly, both DuPont and Monsanto are viewed with equal suspicion by activists.

Indirectly, however, the implications of antitrust enforcement could be immense. The long-term health effects of GMOs is a hotly contested issue. But the critical point is that Monsanto's domination of the seed market means that, increasingly, farmers — and, ultimately, consumers — have little choice over what they can plant or what they eat. Breaking up that monopoly power is a crucial step in ensuring that multiple varieties of agriculture can contend for their space in the sun.