You say you want a gaming revolution?

"The Beatles: Rock Band" -- finally, a video game even old people can get excited about 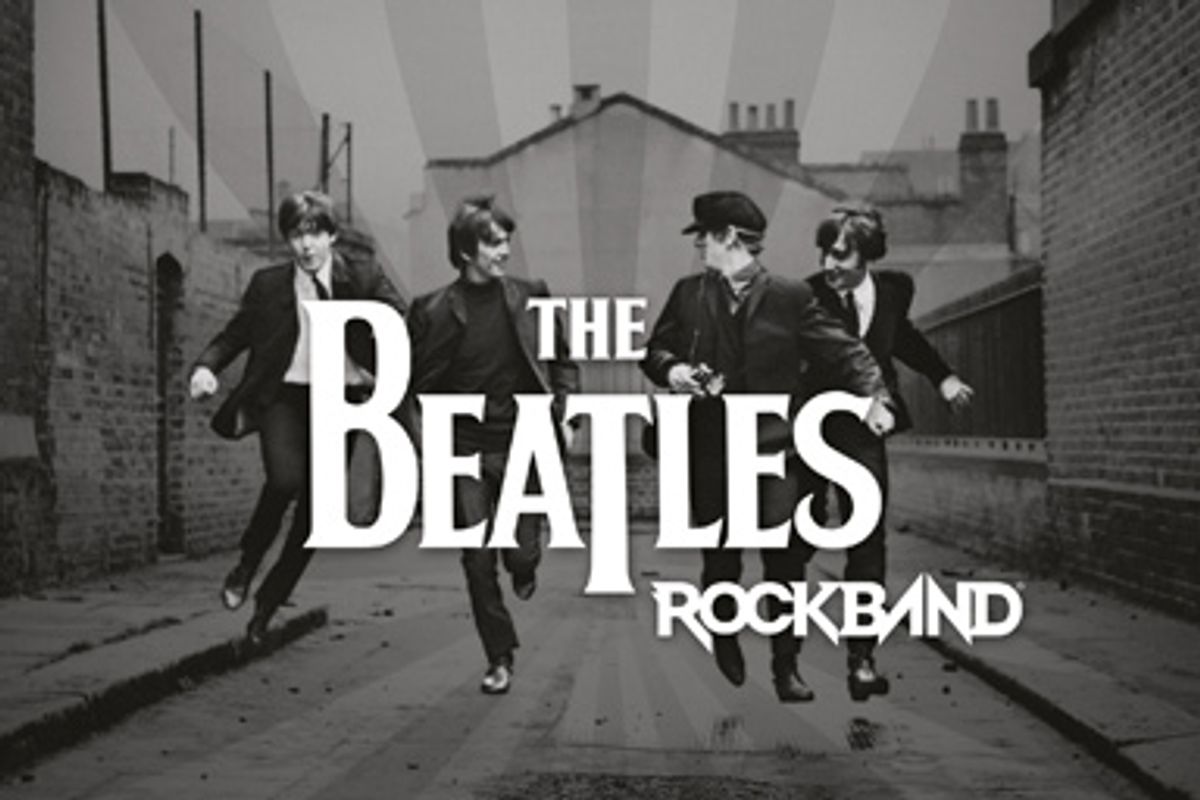 The best way to understand "The Beatles: Rock Band" is to think of it as something completely separate from its predecessors in the wildly popular "Guitar Hero" and "Rock Band" series of video games, something different from all the video games that have preceded it, really. Because it's not a video game, not really -- it's a whole new kind of thing, an interactive Beatles experience.

And yes, the previous paragraph might as well have been written by the public relations team promoting the game. But that's because they were aiming to make something completely different this time around -- and, for the most part, they succeeded.

From the beginning, these musical video games have been a whole new genre. By offering facsimiles of musical instruments instead of the traditional game controller, they appealed to people not usually interested in figuring out that the "A" button means punch and that if you collect 100 stars you'll earn a new life. And they gave gamers the chance to live out their fantasies of rock stardom.

Adapting the game for the most iconic band in the history of pop music offered a new opportunity, an even wider audience. That, of course, includes older people who were even hesitant about playing the original "Rock Band" and "Rock Band 2."

The designers needed a way to draw in those added potential consumers; the solution they came up with should make everyone happy. The game ends up being sort of a history lesson about the Beatles. The "story mode," for instance, allows users to progress through the various stages of the band's career and play the venues they played, from the Cavern Club in Liverpool to Shea Stadium and the rooftop at their record label. As players achieve certain goals in that mode, they're rewarded with bits of digital memorabilia from the group's history: a photo album with captions fact-checked by Paul McCartney, video outtakes, rare audio like the limited-edition Christmas album recorded for members of the fan club.

There are a number of other details added to give the game an authentic Beatles feel, from actual studio chatter between the group's members to a new feature for the "Rock Band" series, vocal harmony parts. And throughout all elements of the game, stunning visual elements -- for the first time, it really can be enjoyable to watch others play -- make you feel as if you're watching it live.

True Beatles devotees will of course find reasons for disappointment -- there's the absence of keyboardist Billy Preston, for one thing, never mind Ringo predecessor Pete Best. And despite all its attempts at authenticity, the game leaves out the more complicated aspects of the band's time together, contributing to the ever-growing mythology surrounding the Beatles. Still, you're not likely to get a more accurate, or more entertaining, history class from any other video game out there.