Healthcare didn't have to go this way

Obama gave away the store on this crucial issue. It's time to take it back 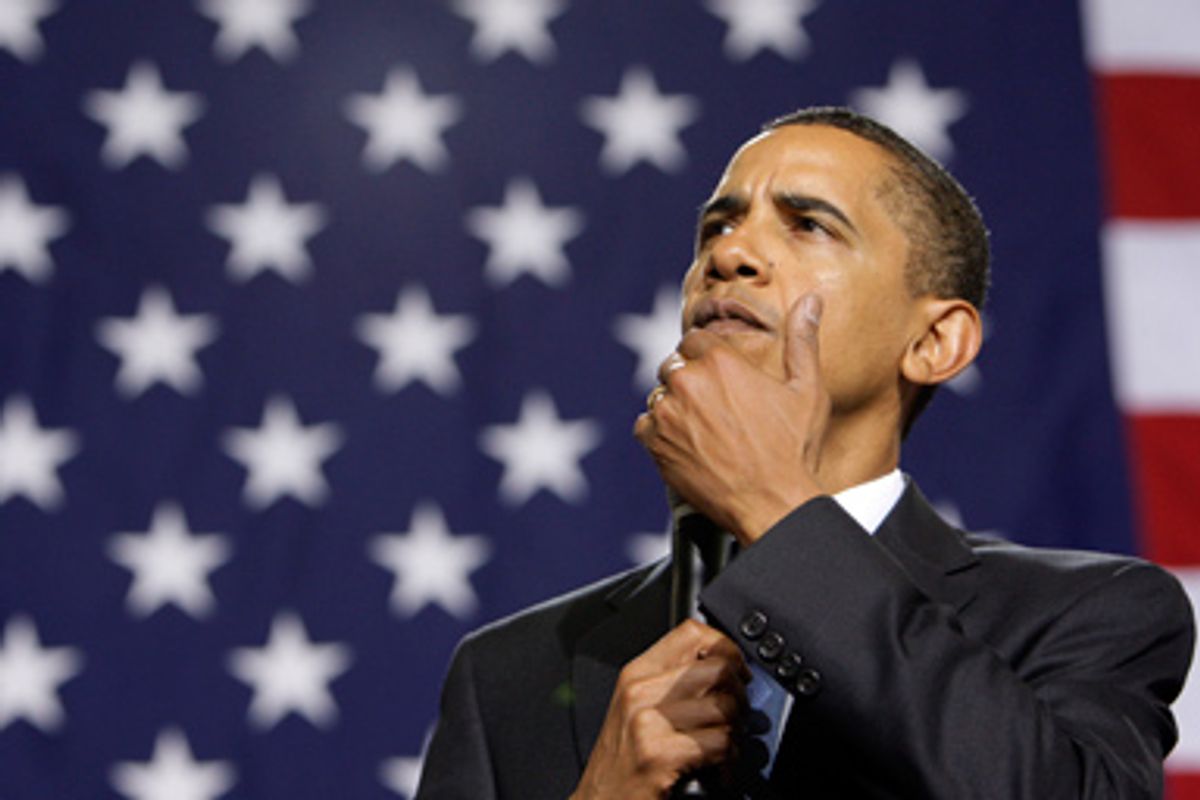 Achieving humane and affordable healthcare in America was never going to be easy, even with an audacious new president and large majorities in both houses of Congress. Compromise between the Democratic Party’s diverse representatives -- let alone with the tiny handful of Republicans who actually care about the need for reform -- was always inevitable. And when the moment for compromise arrived, the result was certain to disappoint many of the president’s most ardent voters, who cherished his campaign’s promises of change. But the mundane grind of making legislation need not have been quite as painful as it is today, when progressives feel betrayed, and Democrats feel deflated.

The essence of President Obama’s problem can be found in an anonymous quote, attributed to a White House official, that appeared on the front page of the New York Times last Wednesday. “It’s so important to get a deal,” confided the unnamed aide, that the president “will do almost anything it takes to get one.” Such desperate confessions of politics as usual, which have appeared in dozens of such remarks in the press over the past several months, not only serve the president poorly but damage the fresh brand that he brought to Washington after his triumphant election last year. They are the residue of an ill-conceived strategy that has left Obama politically vulnerable, attenuated his connection with loyal progressives, and blurred his most important message.

That message was Obama himself, of course -- meaning what he represented and what he meant to accomplish. From the outset of the 2008 campaign, the rationale for his long-shot candidacy was that he stood firmly for a set of principles in policy and governance and against political business as usual, as well as a style of politics that emphasized citizen activism. He would drive the corporate lobbyists away from Capitol Hill, the White House and the federal agencies. He would insist on transparency and integrity in conducting the people’s business. Above all, he would pursue the public interest forthrightly rather than inch forward triangularly and incrementally.

Perhaps none of these happy promises was likely to be fulfilled, and perhaps that was something Obama and his campaign aides always understood. But as the new White House came to terms with the realities of Washington, they seem to have thrown off their original images and ideals insouciantly -- as if unburdening themselves of unfashionable baggage that embarrassed them in the big city.

Nowhere has this fundamental mistake been more visible than in the effort to reform healthcare. From more than six decades of struggle over the question of universal coverage and cost control, the Obama team must have known that they would face enormous opposition. They should also have known, from the ugly mood of the Republican campaign during the final weeks of the election and the partisan history of the past 15 years, that chances for bipartisan agreement were minimal. And they ought to have realized that the energy of the progressive movement, expressed in their own campaign, could become their most formidable weapon in that battle.

That was the insight attributed to FDR in a famous anecdote. When progressive leaders approached him with a wish list of reform programs and liberal legislation, he nodded. "I agree with you, I want to do it. Now make me do it." Although Roosevelt biographers consider that story apocryphal, it expresses a truth of political history that remained salient from the labor organizing of the Depression through the civil rights, antiwar, feminist and environmental movements. For a president who wants reform and change, citizen agitation is an important instrument of power, not an obstacle to deal making.

But this president surrendered that powerful weapon when he chose aides who prefer lobbyists to activists and adopted a strategy that ranks bipartisan agreement above policy substance. The telltale remark came from still another anonymous aide who boasted recently that the White House would welcome a "confrontation" with Democratic liberals over healthcare because it would "show he is willing to stare down his own party to get things done."

No doubt this willingness to further divide Democrats and punish liberals is pleasing to Beltway pundits. It arises from the same instinct that welcomed a parade of lobbyists into the White House and that fawned over Republican senators and Blue Dog representatives, even as they conspired to wreck reform. Meanwhile, the political environment was suffused with right-wing messages about the president and his program, while the White House failed to promote or explain its plan. (No great sophistication is required to determine who, aside from the president himself, bears the greatest blame for these tactical and strategic errors.)

While this depressing scenario may seem preordained, especially in the conventional idiocy of Washington politics, there were other possibilities, had Obama remained true to his promise and platform. Instead of seeking to silence supporters of a single-payer, Medicare-for-all plan, for example, the Obama team could have encouraged those organizations to create pressure from below. Then the public option might have become part of the ultimate deal, rather than an ideal that gets traded away. All the whispered White House waffling over the public option -- which remains on Obama’s own Web site as a central feature of his reform plan -- has only made him appear weak, indecisive and unreliable.

Can he regain the initiative and restore his brand when he addresses a joint session of Congress next week? Only if he returns to the principles enunciated in his campaign and his inaugural address. He must tell the people and their representatives again that it is time to put away childish things. He must explain why it is imperative to bring our healthcare system into the 21st century, like every developed nation that accomplished this fundamental task long ago. He must stand fast for universal coverage.

And he must vow that he will do whatever must be done to achieve that promise -- rather than sell off whatever he can, including the security of millions of families, simply to pass any bill.