The far right says Obama is bad for our kids 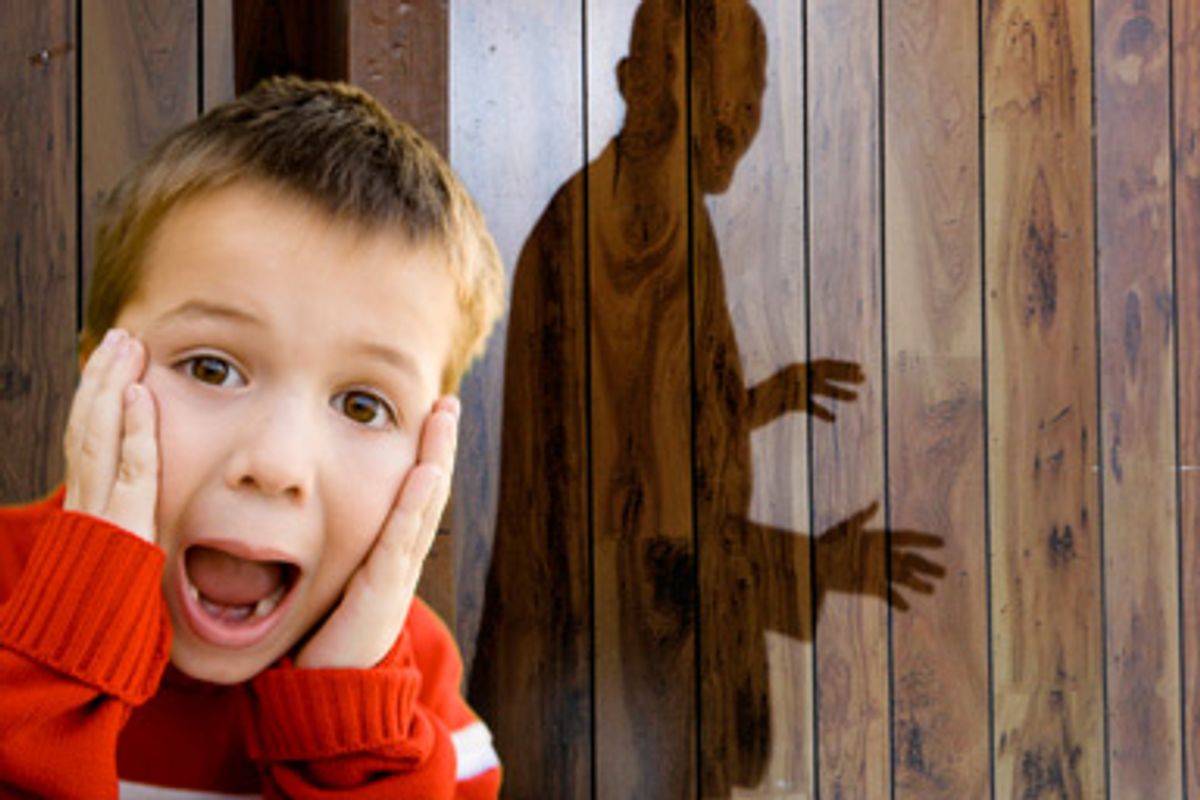 One of the greatest things about electing Barack Obama as president, for me, was his appeal to young people, especially disaffected kids of every group, including (OK, maybe especially) young African-Americans. In a country where schools are overcrowded and underfunded (as liberals complain), while many families and communities can't or won't take their kids' education seriously enough (what conservatives and some liberals say), Obama has always been someone who's able to balance both critiques. And he speaks to young people with passion, conviction and humor (plus references to L'il Wayne that John McCain couldn't pull off) about taking responsibility for their own education.

So I was thrilled to hear he was going to deliver a back-to- school speech next week. I like seeing him play that paternal role, Father in Chief, not just for his own daughters, but for all of our children. All of our kids need to be reminded that education is a precious opportunity they must seize, whether they live behind the high gates of a tony private community or in a violence-plagued housing project. After all the fighting of the summer, finally something we can agree about, right?

Wrong. I never imagined the outbreak of right-wing crazy that Obama's gesture would provoke, and this time it's hard not to see racism behind the hysteria. The message is "Obama's coming for our children!" the standard cry against scary boogeymen in every culture. I mean, really, what besides Obama's race could make him so scary to these people? That he's a Marxist socialist fascist Nazi? I'd argue that the only reason those extreme epithets have taken hold goes back to reason No. 1: Our first black president is provoking some outsize and irrational reactions.

Especially since, as has now been well-documented, President George H.W. Bush addressed American students in 1991, and Ronald Reagan did so via C-SPAN in 1988. (Bush talked mainly about the importance of education, while Reagan hailed the benefits of low taxes and the line-item veto.) President George W. Bush appealed to "the children of the country" to back the war against the Taliban in Afghanistan in 2001, to no public criticism. Admittedly, some Democrats accused his father of playing politics in '91, while Newt Gingrich ardently defended him. (Waiting for Gingrich to defend Obama. Still waiting.)

But there was nothing like the frenzied reaction to Obama's planned speech (which school principals are free to ignore if they so choose) to any of the other presidents' statements to students. The Florida Republican Party went into full-tilt crazy against Obama's plan to spread his "socialist ideology," claiming "schoolchildren across our nation will be forced to watch the president justify his plans for government-run health care, banks, and automobile companies, increasing taxes on those who create jobs, and racking up more debt than any other president." State party chairman Jim Greer called Obama the "Pied Piper" -- you remember, the shady guy who lured kids away from home. Since Obama merely plans to tell students to stay in school and work hard -- an early draft of lesson materials that asked them to talk about ways they could help the president was scotched -- Politifact gave the Florida GOP its "Pants on Fire" designation.

But that's not stopping other blowhards of the Pants on Fire Party. Lunatics like Pamela Heller of Newsmax, radio host Brian Fischer and WorldNetDaily's Bob Unruh are trying to organize parents to take their kids out of school for the day. Texas Gov. Rick Perry says he's "troubled" by Obama's speech. Crazy Glenn Beck and Michelle Malkin are raging against "indoctrination" while Townhall's Meredith Jessup is calling it "a massive abuse of government power."

And lest you dismiss these rantings as confined to the lunatic fringe and ratings-crazed talk-show hosts, the backlash has had an effect. First, after school administrators in mostly red states expressed concerns about exposing kids to the speech without knowing what's in it, the president's office said he'd make it available on Monday so they can read it in advance. OK, that's nice of the president, but is anybody else a little rattled that some right-wing bullies appointed the nation's unelected school administrators to vet our president's speech? And even that wasn't enough for administrators in six states: Districts in Missouri, Minnesota, Wisconsin, Illinois, Virginia and Texas are telling reporters they won't show Obama's speech to students on Tuesday. (I'd urge parents of kids in those districts to protest by keeping their kids home, except liberals value education too much to do that.)

Where to start to explain this hysteria? Since the height of Sarah Palin's dishonest and divisive campaign last September, I've been alarmed by the unique way in which Obama's opponents paint him as "the other." For the life of me, I can't think of another American politician -- not even Hillary Clinton, although it's close -- who has spurred such visceral, irrational hatred. (Tell me if I've missed anyone in comments.) Sure, John Kerry was "French" and Michael Dukakis was Greek (and looked like a pinhead in that dumb helmet), but only Obama is a Marxist Communist who pals around with terrorists and wants to harm your children.

The hysteria Obama inspires in his far-right foes is primeval, primordial. From the Birthers' obsession with the facts of his birth -- which lets them obsess about his origins in miscegenation -- to the paranoia that he's coming for the children, there's a deep strand of irrational paranoia that can't be anything other than racial. These people don't merely disagree with him, they distrust and dislike him viscerally. He's not merely wrong, he's scary; even terrifying.

I've said this before, to little result, but it's past time for mainstream, responsible Republicans to stand up against this latest irrational attack on the president. I've clashed with MSNBC's Joe Scarborough over the years, and I haven't been a guest on "Morning Joe" for many, many months, but he deserves credit for calling out the people on his side of the aisle for the bile they're spewing. “Seriously, why don’t we want the president of the United States, any president of the United States, delivering the message to kids: work hard, stay in school, succeed,” said Scarborough, adding, “Get your ratings if you want, you’re just screwing your political party.”  Scarborough's right, it's turning the GOP into the lunatic fringe, but I think it's also hurting the president, and hurting the country. Watch: