Between the off-color jokes and the show-choir version of "Gold Digger," this bubbly dramedy has razor-sharp teeth 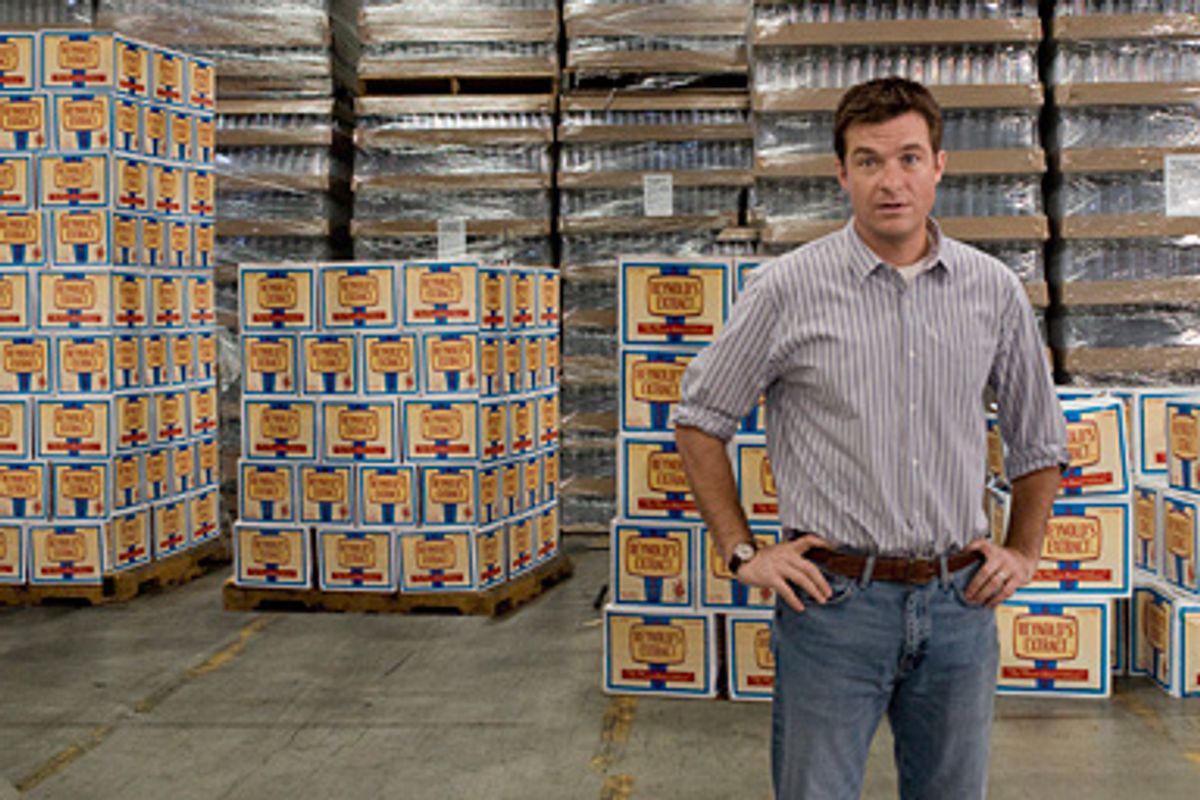 Mainstream popularity doesn't necessarily make you insipid and weak. Just ask Quinn Fabray (Dianna Agron), head cheerleader, general-purpose mean girl and president of the Celibacy Club (Its motto? "It's all about the teasing and not about the pleasing!"). Just as it's easy to assume that Quinn, with her pert, virginal, beribboned exterior, is just another bland cheerleader cliché, you might guess that "Glee" (9 p.m. Wednesday, Sept. 9), the incredibly hyped high school show-choir dramedy that premiered as a preview episode after "American Idol" this spring, might match the sugary style of its juggernaut booster.

Guess again. Like Quinn, who shocks everyone with an announcement that casts a shadow of doubt on her chastity in the second episode of the season, "Glee" is deliciously mean-spirited behind its fluffy, "Up With People" facade. In fact, the comedy is so rife with insults, nasty asides and the occasional shockingly off-color joke, it's like a tequila chaser to the squealing, soda-pop madness of its fall time-slot precursor, "So You Think You Can Dance."

"You know, caning has fallen out of fashion in the United States," murmurs Sue Sylvester (Jane Lynch), the sadistic cheerleading coach who's the glee club's No. 1 enemy. Caning works, Sue explains in her opinion segment on the local news. "And to all of those naysayers out there who say, 'That's illegal! You can't strike children on their bare buttocks with razor sharp bamboo sticks!' Well, to them I say, Yes we cane!"

Lynch is almost painfully good at milking laughs out of every one of Sue's caustic lines -- which are consistently brilliant. Whether she's referring to the show choir as an "island of misfit toys" or bragging condescendingly about her celebrity status under her breath ("I'd love to stay and chat but I have a satellite interview. That's an interview, by satellite"), Sue is pure nasty genius. Her scenes with show-choir director Will (Ryan Murphy) are particularly inspired.

Sue: Iron tablet? (Offering some to him.) Keeps your strength up while you're menstruating.

Will: I don't menstruate.

Sue: Yeah? Neither do I.

But the subversiveness of "Glee" doesn't begin and end with Sue. From Emma's (Jayma Mays) obsessive love for the little disasters and pet rescues of the local news to Terri's (Jessalyn Gilsig) dream of having a made-to-order McMansion to call her very own ("This is where our daughter or gay son will sleep" she tells Will during a tour of the frilly bedroom in a model home) to Terri's big sister's creepy advice ("Dishonesty is food to a marriage. It will die without it!"), every second of "Glee" is packed with tasty commentary on the absurdities of suburban American life. And while a few new comedies this fall, from ABC's "The Middle" to Fox's "The Cleveland Show," may share some of the same flavors, "Glee" has tons of style and flair, and a show-tune version of Kanye West's "Gold Digger" thrown in for good measure.

And look, if there's anything more enjoyable than watching teenagers singing dorky, badly choreographed choir versions of pop songs, I don't want to know about it. From the gloriously melodramatic version of Journey's "Don't Stop Believing" that closed the show's preview episode to a fantastically goofy version of Beyoncé's "Single Ladies" (performed by the show's only dignified character, a gay choir member named Kurt [Chris Colfer]), "Glee's" little musical vignettes are catchy, obnoxious, hypnotic and stupidly entertaining. Of course, the bad songs are as exciting as the good ones, from Chic's "Le Freak" to a hilariously lewd and dorky rendition of Salt 'n' Peppa's "Push It." "That was the most offensive thing I've seen in 20 years of teaching," says Sue, "and that includes an elementary school production of 'Hair.'"

But if you really want offensive, wait until Emma, who's the school's guidance counselor, discovers Rachel (Lea Michele), the star of show choir, trying to throw up in the bathroom, and warns her of the dangers of becoming bulimic. "I guess I just don't have the gag reflex," Rachel says. "One day when you're older, that'll turn out to be a gift," Emma primly responds.

Combining the breakneck comedy and sly farce of "Arrested Development" with the pop-savvy wit of "Ugly Betty" and the twisted humor, odd soundtrack and deadpan voice-overs of one of the greatest movies about high school of all time, "Election," "Glee" is bold, silly, demonic and addictive -- one full hour of very good (but not very clean) fun.