Mr. President, it's time to fight 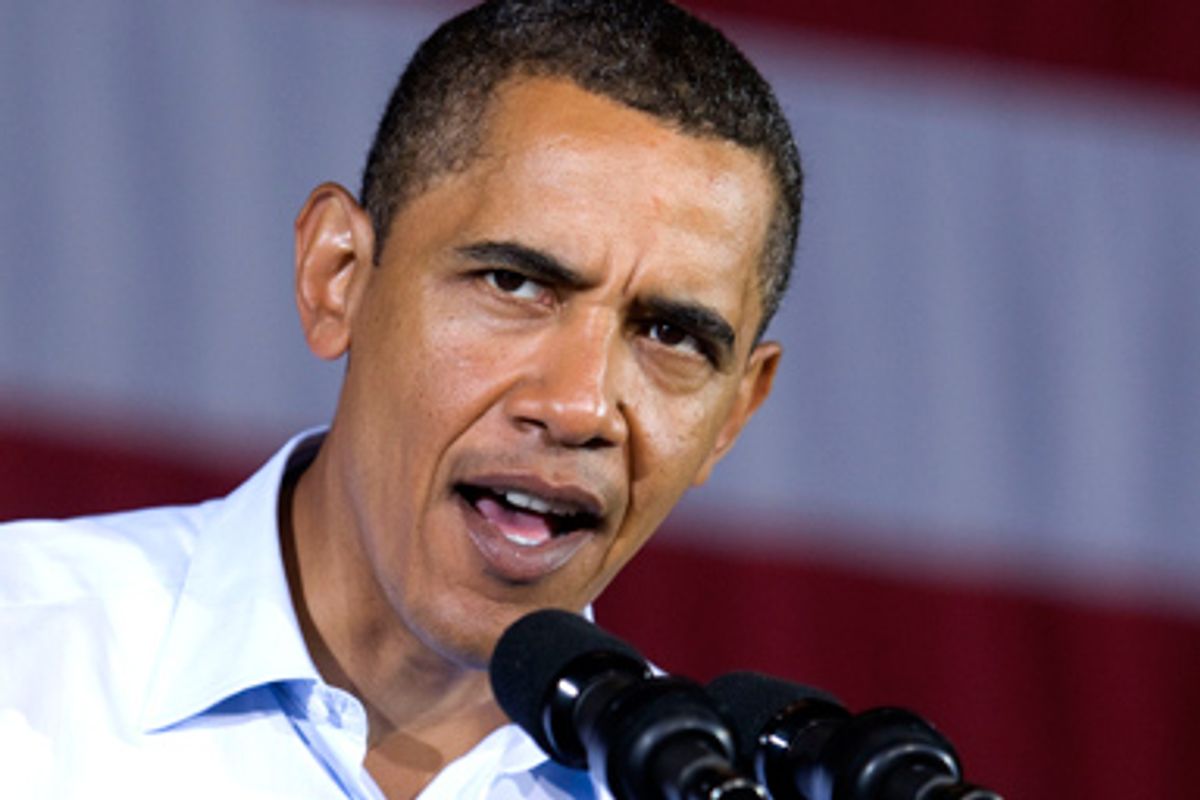 The editors of the Economist magazine say America's healthcare debate has become a touch delirious, with people accusing each other of being evil-mongers, dealers in death, and un-American.

I would say it's more deranged than delirious, and definitely not un-American.

Those crackpots on the right praying for Obama to die and be sent to hell -- they're the warp and woof of home-grown nuttiness. So is the creature from the Second Amendment who showed up at the President's rally armed to the teeth. He's certainly one of us. Red, white and blue kooks are as American as apple pie and conspiracy theories.

Bill Maher asked me on his show last week if America is still a great nation. I should have said it's the greatest show on earth. Forget what you learned in civics about the Founding Fathers — we're the children of Barnum and Bailey, our founding con men. Their freak show was the forerunner of today's talk radio.

Speaking of which: We've posted on our Web site an essay by the media scholar Henry Giroux. He describes the growing domination of hate radio as one of the crucial elements in a "culture of cruelty" increasingly marked by overt racism, hostility and disdain for others, coupled with a simmering threat of mob violence toward any political figure who believes healthcare reform is the most vital of safety nets, especially now that the central issue of life and politics is no longer about working to get ahead, but struggling simply to survive.

So here we are, wallowing in our dysfunction. Governed -- if you listen to the rabble rousers -- by a black nationalist from Kenya smuggled into the United States to kill Sarah Palin's baby. And yes, I could almost buy their belief that Saddam Hussein had weapons of mass destruction, only I think he shipped them to Washington, where they've been recycled as lobbyists and trained in the alchemy of money laundering, which turns an old-fashioned bribe into a First Amendment right.

Only in a fantasy capital like Washington could Sunday morning talk shows become the high church of conventional wisdom, with partisan shills treated as holy men whose gospel of prosperity always seems to boil down to lower taxes for the rich.

Poor Obama. He came to town preaching the religion of nice. But every time he bows politely, the harder the Republicans kick him.

No one's ever conquered Washington politics by constantly saying "pretty please" to the guys trying to cut your throat.

Let's get on with it, Mr. President. We're up the proverbial creek with spaghetti as our paddle. This healthcare thing could have been the crossing of the Delaware, the turning point in the next American Revolution -- the moment we put the mercenaries to rout, as Gen. Washington did the Hessians at Trenton. We could have stamped our victory "Made in the USA." We could have said to the world, "Look what we did!" And we could have turned to each other and said, "Thank you."

As it is, we're about to get healthcare reform that measures human beings only in corporate terms of a cost-benefit analysis. I mean, this is topsy-turvy -- we should be treating health as a condition, not a commodity.

As we speak, Pfizer, the world's largest drug maker, has been fined a record $2.3 billion as a civil and criminal -- yes, that's criminal, as in fraud -- penalty for promoting prescription drugs with the subtlety of the Russian mafia. It's the fourth time in a decade Pfizer's been called on the carpet. And these are the people into whose tender mercies Congress and the White House would deliver us?

Come on, Mr. President. Show us America is more than a circus or a market. Remind us of our greatness as a democracy. When you speak to Congress next week, just come out and say it. We thought we heard you say during the campaign last year that you want a government-run insurance plan alongside private insurance -- mostly premium-based, with subsidies for low-and-moderate income people. Open to all individuals and employees who want to join and with everyone free to choose the doctors we want. We thought you said Uncle Sam would sign on as our tough, cost-minded negotiator standing up to the cartel of drug and insurance companies and Wall Street investors whose only interest is a company's share price and profits.

Here's a suggestion, Mr. President: Ask Josh Marshall to draft your speech. Josh is the founder of the Web site TalkingPointsMemo.com. He's a journalist and historian, not a politician. He doesn't split things down the middle and call it a victory for the masses. He's offered the simplest and most accurate description yet of a public insurance plan -- one that essentially asks people: Would you like the option -- the voluntary option -- of buying into Medicare before you're 65? Check it out, Mr. President.

This healthcare thing is make or break for your leadership, but for us, it's life and death. No more Mr. Nice Guy, Mr. President. We need a fighter.