Liveblogging: Win one for the Gipper!

President Obama talks about the late Sen. Ted Kennedy, and about Kennedy's passion for healthcare reform 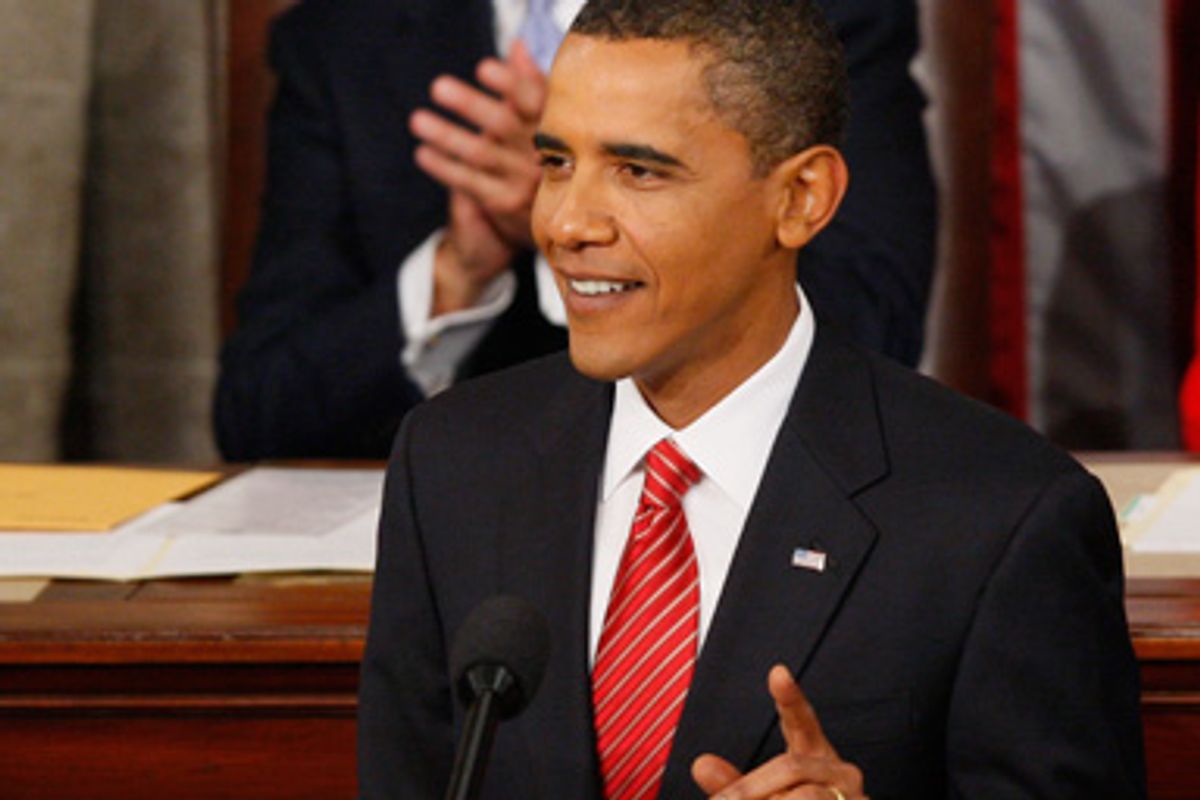 Probably the most moving part of President Obama's address tonight was when he talked about the late Sen. Ted Kennedy, D-Mass., who made healthcare reform one of the big causes of his life, especially towards the end.

In making an argument about "why we can not fail" -- "there are too many Americans counting on us to succeed," Obama referred to Americans who've told him and members of Congress their stories. One of those Americans, he said, was Kennedy.

"I received one of those letters a few days ago. It was from our beloved friend and colleague, Ted Kennedy. He had written it back in May, shortly after he was told that his illness was terminal. He asked that it be delivered upon his death," Obama said.

"In it, he spoke about what a happy time his last months were, thanks to the love and support of family and friends, his wife, Vicki, and his children, who are here tonight. And he expressed confidence that this would be the year that health care reform – 'that great unfinished business of our society,' he called it – would finally pass. He repeated the truth that health care is decisive for our future prosperity, but he also reminded me that 'it concerns more than material things.' 'What we face,' he wrote, 'is above all a moral issue; at stake are not just the details of policy, but fundamental principles of social justice and the character of our country.'"

Obama also used Kennedy's story to make an argument for bipartisanship, bringing up his friendship with Republican senators like Chuck Grassley, Orrin Hatch and John McCain.

The right has been worried for weeks that Kennedy's death would be used as an argument to pass a Democratic plan, and has been preemptively criticizing any such politicization. The same thing will surely happen again now -- the problem for the GOP, though, will be that it's harder to make that argument now after one member of Congress heckled Obama during his speech. There are only so many attacks they'll get on this.