My husband jumped from the towers eight years ago. At least, that's what I always thought happened 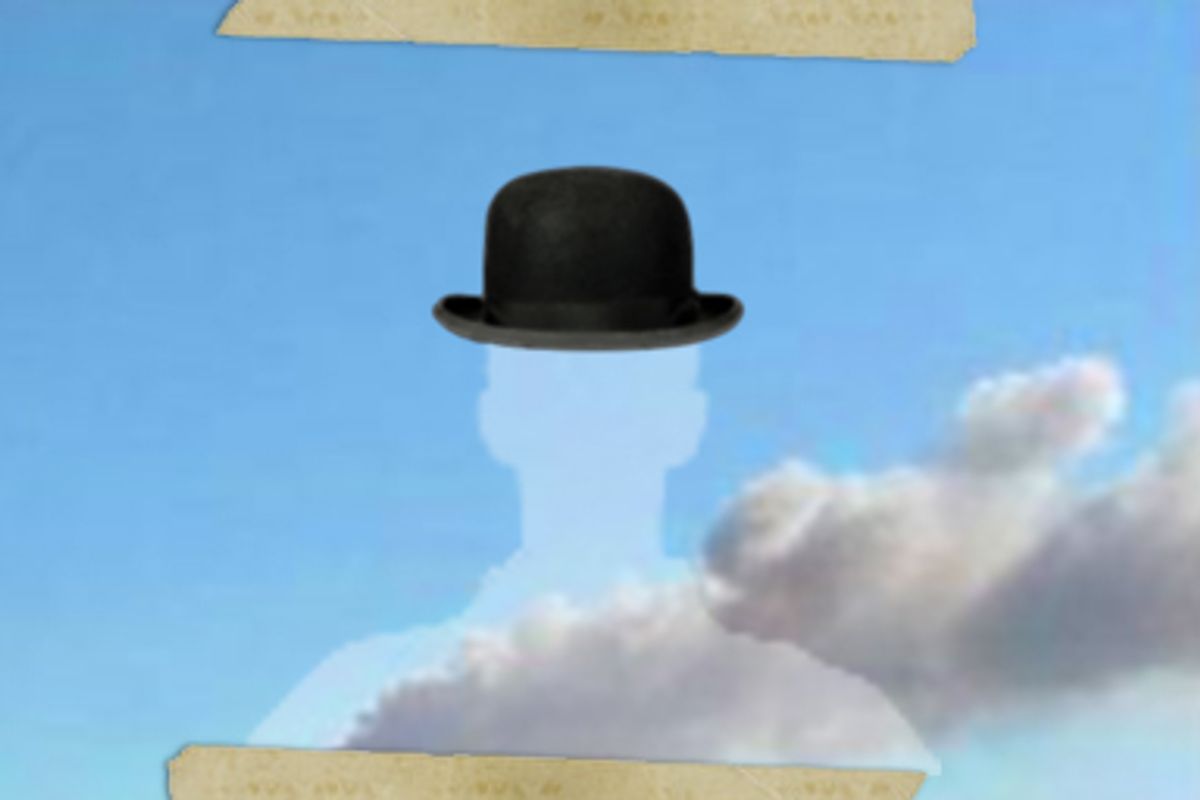 For the past eight years, I've had a recurring dream about my husband, Eddie Torres. It starts the same way: We kiss, we murmur how much we miss each other, how much we love each other. "Why can't we be together like this all the time?" I ask, but he says nothing. In his silence, my joy turns to anger, which turns to rage. "You've never even met our son!" I scream.

And then I wake up, and I remember the truth. The truth, kind of.

My husband died at the World Trade Center on Sept. 11, 2001, on his second day of work at the brokerage company Cantor Fitzgerald. I was pregnant with our son. In the days and months that followed, I worked tirelessly to find out the rest of what happened. My questions started small -- Which tower? What floor? -- and became thornier. Why did this happen? What was the government's involvement? What were the last minutes of his life like?

The afternoon of the attack, I gathered in a makeshift 9/11 Family Center nearby St. Vincent's Hospital with other shocked families from my husband's work. We shared rumors and truths cobbled together from what we had, which was not much. Before I left that night, I posted a note on the wall: "To give/get information, please call …"

My phone rang all night, every call from a desperate person looking for answers, too.

In those days, the search for answers gave me a sense of purpose, an organizing principle in a life turned chaotic. I have watched this churning need in other trauma victims since then, and I now suspect there was a part of me that, at least initially, believed the truth might have some magic in it: the power to roll back time, the power to fix it. To bring Eddie back.

By the end of September, Eddie's body did surface, but no, the funeral director told me, I couldn't see it. I had a death certificate, and although I read it again and again, I couldn't understand it. "Multiple blunt trauma to head, torso and extremities," it read. That meant Eddie jumped, right?

Eight years later, there are still so many things I don't know about my husband's death. Even the things that were once "true" are suspect, because the terrain of 9/11 seems to shift all the time.

In the years following the attacks -- as I sifted through the evidence, as words to articulate what happened stayed lodged in my throat -- authors and auteurs were busy creating their Great Works of Art. It makes me sick just to see the book covers or movie posters. But I bump into them too easily. I went to see "Akeelah and the Bee" one afternoon in 2006 -- a rare escape into the cool dark of a movie theater on a hot summer day -- only to realize with a panic that I might have to sit through a preview for the Oliver Stone film. I felt like a complete freak asking the manager about it beforehand, making a fuss about such a relatively small thing; I only knew at the time that I was deeply afraid of it. That the story had the power to unhinge me in some way.

The same could be said of all 9/11 stories, real or fictionalized. I avoid all of them like poison. I even get scared when I overhear someone talking about their 9/11 experience, even if it was from the safety of their home, watching the events burst forth on the TV screen. I am afraid they will say something that will alter what I know, the thing that's kept me OK all these years. Because in the absence of concrete facts about how my husband died, I created my own story.

My story is kind of a Hollywood movie, too, but it gives me comfort. Here's how I see it: Eddie looks out the window into a clear-blue sky, the kind of view you only see on postcards, and he smiles at the view he will now enjoy every day. A plane zooms into the frame -- cut to Mohammed Atta, the pilot, almost the same age as Eddie, as the plane dips slightly and crashes into the building a few floors below. Lights flicker out. Screams. The tower trembles. A woman cowers under a desk on the floor as crowds trample toward the nearest stairwell. "You can't stay here," Eddie says in a calm voice, helping her to her feet. "Come with me. It'll be OK." They run together from stairwell to stairwell, but it's too congested, the air is getting thick with smoke, the heat is unbearable. Instead, Eddie breaks a window and they stand there, holding hands, contemplating the fall below. Maybe he thinks of me. Maybe he thinks of everyone he loved. "This'll be just like skydiving," he says. They kiss and jump together. Shock of the blue sky and then: The screen goes black.

I put this story together over time, based on what I knew, what I speculated based on Eddie, and, of course, what I hoped. Since I was already embellishing the story -- before I imagined the best that could happen, I certainly entertained the worst -- why not add something sweet to lessen the horror? But even this has been hard to hold on to when, deep down, I knew it couldn't be true. Even factors like whether or not Eddie jumped. For a long time, it seemed so certain, but even that theory fogged over with doubt. These days, I don't even ask.

And it's not just 9/11 stories that threaten my reality. A recent New Yorker piece about a Texan put to death for an arson in which his three children died gave graphic accounts of being inside a blaze -- how fast and hot it gets. There was another New Yorker piece, years ago, that described people jumping off the Golden Gate Bridge, their bodies turned into scrambled eggs by the time they were recovered. Accounts like those stick with me for days.

Four or five years after the attacks -- I can't remember exactly now -- I finally met one of the people I most wanted to find in those anguished, early days of hunting down the truth. His name was Jose, a family member of one of the men who worked near Eddie. I wrote him an e-mail, and eventually made plans to join him in a little diner on the East Side with some other 9/11 family members. I was so anxious and excited that I had to remind myself I wasn't meeting Eddie -- just someone who might know about what happened to him. After all these years of painful blank spaces -- after government mishandling, after grievous disappointment, after 9/11 conspiracy theories and 9/11 commissions and 9/11 fictions fused with fact -- I would have what I wanted. I would have answers.

But as soon as I saw Jose, I knew that I wasn't going to ask anything. I knew that learning anything new, anything different would be to destroy what little I still had. I didn't have a choice to let go of my husband. But my truth about him -- that, I refused to relinquish.

Alissa Torres lives in New York City with her family. Her graphic novel memoir, "American Widow," was published by Villard.