Inside the mind of Joe Wilson

America is changing, and that makes white people like Joe Wilson -- and Michele Bachmann -- very nervous 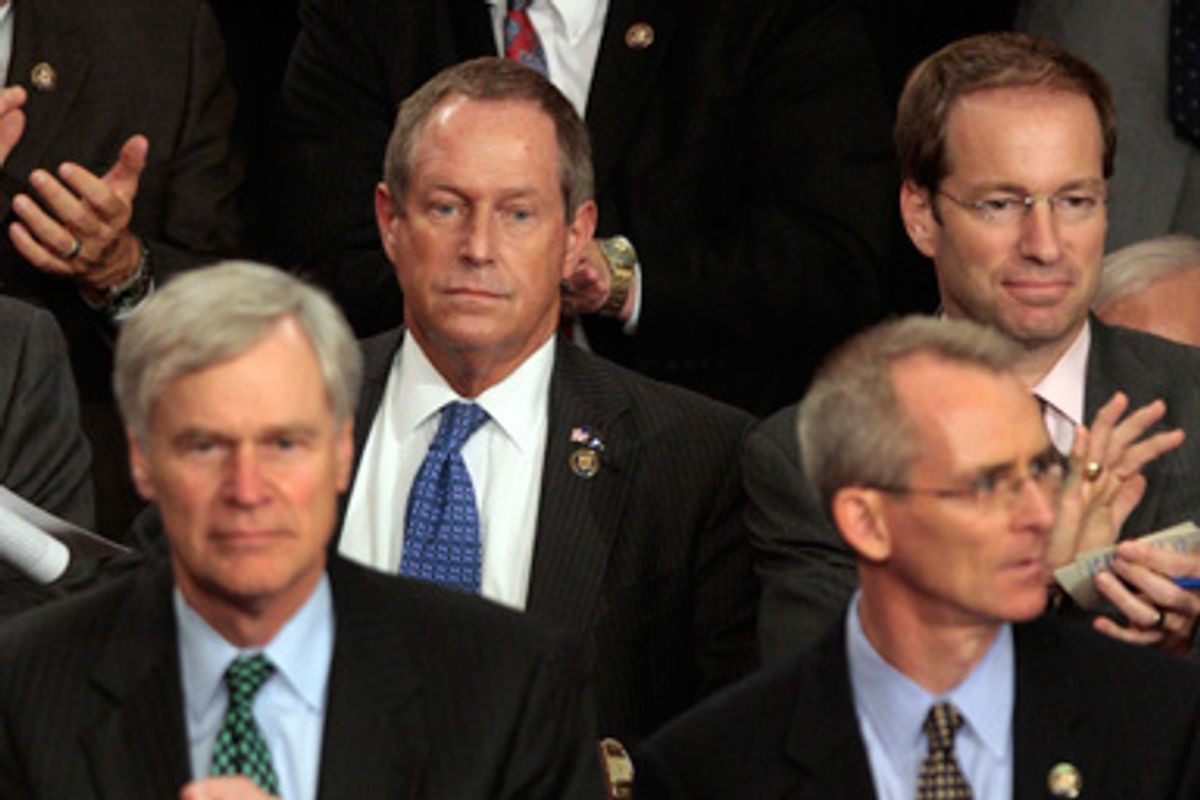 When he called the president a liar, Rep. Joe Wilson, R-S.C., apparently "forgot" he wasn't at one of those rowdy town halls.

Besides the show of disrespect, and the fact that he was wrong, the legislator's comments expose a virulent racism and paranoia against undocumented workers. As we enter Hispanic Heritage Month, America would do well to examine the legislator's political paranoia instead of rehashing his churlish, attention-seeking outburst. The legislator's behavior is uncommon, but his attitude is not.

As members of Congress discussed healthcare reform with their constituents over the recent recess, many faced repeated, heated charges that the reform would stick "American taxpayers" -- as if undocumented workers don't pay consumption taxes! -- with the healthcare bills of illegal immigrants. If the swine flu weren't enough to stigmatize Latino immigrants, now there's the healthcare debate.

How did racism and xenophobia become so deeply enmeshed in this debate?

Decades in the running, a right-wing drumbeat continues telling Americans that "government is on your back," that "you should keep your own money," and "let the market take care of it." This political outlook feeds resentments over race, including anger about "high taxes" for public services that are allegedly wasted on urban blacks and illegal aliens. This stubborn, pervasive mind-set fuels the myths that many Republicans and business interests bandy to explain America's economic woes: "too much government," "overregulation," "wasteful spending" and "welfare abuse."

Race -- that is, 30 years of government-supported desegregation and the sharp increase of brown immigration -- is not incidental to the public's cynicism, disconnection and unwillingness to support the public sector, meaning the goods, services and places that belong to "we the people." That's especially true when we talk about healthcare.

Eduardo Porter, a financial journalist and editorial board member of the New York Times, has documented how "racial and ethnic diversity undermine support for public investment in social welfare. For all the appeal of America's melting pot, the country's diverse ethnic mix is one main reason for entrenched opposition to public spending on the public good."

Once upon a time in Wilson's native South Carolina, the 1950s through the 1970s, whites fled public spaces en masse -- pools, parks, schools, cafeterias -- rather than share those public resources with blacks. This is déjà vu all over again: Latino immigrants are the new blacks. A truculent white minority wants to re-segregate their communities; more, it bashes the publish sphere and aims to sabotage public spending on the common good, including the president's healthcare plans.

Put bluntly, it is not a coincidence that America's love affair with all-things private -- gated communities, private roads, private parks, private schools, private playgrounds, private hospitals -- heated up during the 1950s as the federal government sought to integrate the nation.

As the U.S. government began helping everyday Americans at unprecedented levels from FDR's New Deal on, immigration has become all the more contentious. Immigration broils as an issue precisely as this nation faces budget deficits and potential cuts in Medicare, Medicaid, food stamps, the state university systems and so on. Those institutions and services were in their infancy -- or did not even exist -- during the first great wave of immigration, from the 1880s to the 1910s, which brought the Irish and eastern and southern Europeans to our shores.

"Between the start of the Great Depression and the end of the civil rights era, government at all levels assumed new responsibilities to limit the misery suffered by the poor and the sick," observes Roberto Suro in his brilliant work, "Strangers Among Us: Latino Lives in a Changing America." "Immigration was so low during that entire period that there was no need to discuss the role of the newly arrived. Then Latino immigration began to produce a large number of new claimants on the public sector." As the president and America debate a large, necessary overhaul of the public sector, expect more xenophobic outbursts like Wilson's.

Tea baggers rail against social programs that are allegedly squandered on "illegal aliens." The Birther movement rails against a supposedly Muslim president. Healthcare reform town halls combust over "government dependence." Republicans like Michele Bachmann, R-Minn., push a boycott of the 2010 Census, fretting that immigrants and minorities will be overcounted.

A Census Bureau prediction that makes headlines across the nation is fast becoming a reality: By 2042, whites will no longer be the American majority. This demographic projection sounds a frightening alarm to the likes of Bachmann and Joe Wilson. It heralds significant change to our nation's culture, electoral politics and distribution of resources.

We must understand Wilson's outburst by exposing its past and future context -- including what I call "The White People Deadline," 2042. And then we must move the healthcare debate forward.