Republican politicians have no empathy 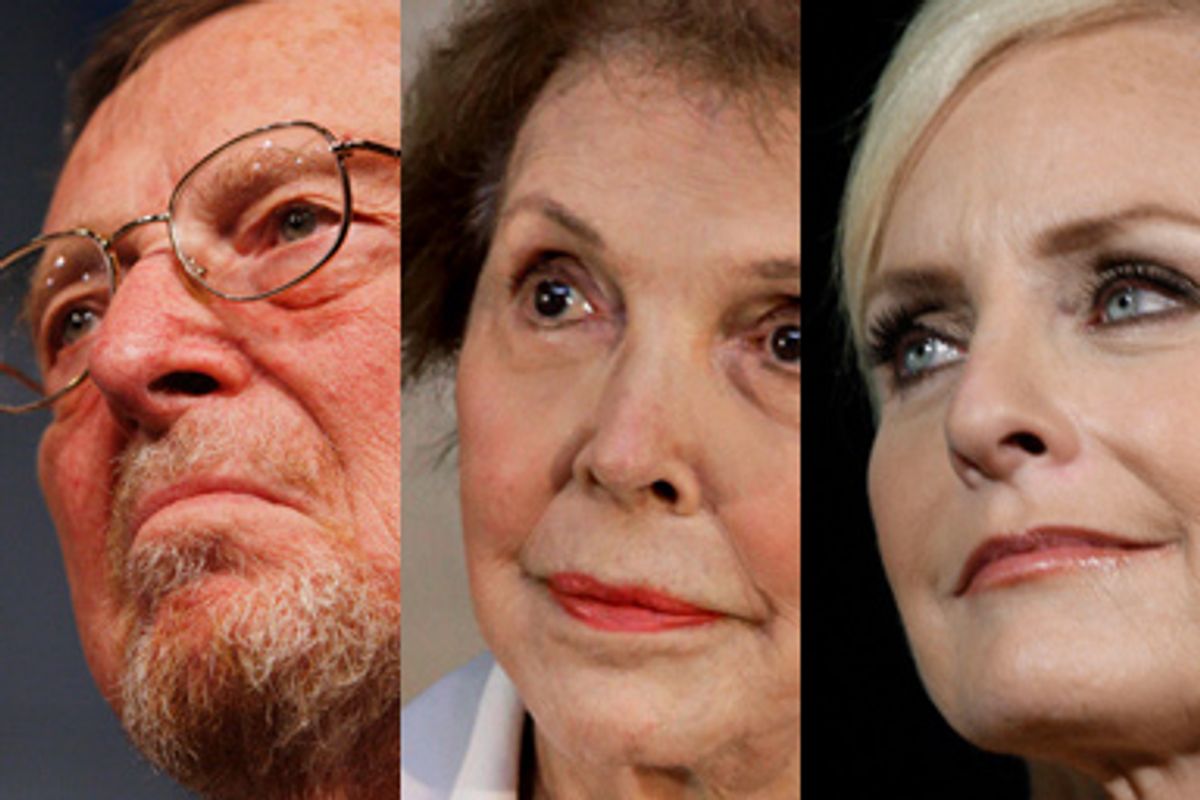 In the lyrical conclusion of President Obama's speech on healthcare, he talked about the emotions and experiences that drove his late friend Sen. Edward Kennedy to work so tirelessly and passionately for universal coverage. He tried to describe what Kennedy must have felt as two of his children suffered through bouts of cancer. Ordeals such as those, said the president, had helped Kennedy to understand the "sheer terror and helplessness" of parents whose children are stricken by serious disease, and lack the means to save them.

Reaching out to his opponents, the president tried to emphasize that such empathy toward other human beings "is not a partisan feeling," but is instead an aspect of our national character. This kind of Americanism represents "our ability to stand in other people's shoes -- a recognition that we are all in this together; that when fortune turns against one of us, others are there to lend a helping hand ... and an acknowledgment that sometimes government has to step in to help deliver on that promise."

To support that reassuring observation, he cited the landmark bills that Kennedy's Republican colleagues have co-sponsored in years past to extend healthcare to children and protect hospital patients. As he said, Americans of all parties (and none) surely possess the capacity for compassion.

But why then do nearly all of the Republicans in Congress find it so difficult to empathize with the tens of millions of their uninsured and underinsured fellow citizens -- and so easy to contemplate the ruin of reform yet again, even though that means condemning hundreds of thousands to sickness, bankruptcy and even death? Why would they still insist, after 40 successful years of Medicare, that government must have no further role in ensuring decent healthcare for every American?

Perhaps the problem is that a certain kind of Republican -- often with a connection to the White House or Capitol Hill -- will only endorse government action to remedy the adversity they have experienced for themselves. The most recent example is Cindy McCain, the wife of the Arizona senator, who announced the other day that she suffers from migraine headaches, which she considers a "disability." She is outraged that the United States government only spends $13 million annually for medical research on migraines, and is bent on increasing that amount drastically. She is determined that a remedy will be found someday soon -- with federal money.

Nothing wrong with that ambition, of course -- except that the McCain approach to healthcare, expressed during last year's presidential campaign, rejects government action in favor of market fundamentalism. His plan would have deregulated the insurance companies and diminished the insufficient protections that government now provides to consumers, while covering a tiny percentage of the uninsured. He is leading the Senate attack on the "public option" in the Obama health plan, because he thinks government is already too big and too wasteful.

Why then should that same big, deficit-ridden government spend millions upon millions more to alleviate Mrs. McCain's headaches? Why shouldn't the migraine sufferers be left to the mercy of the marketplace, where the pharmaceutical manufacturers will take tender care of them? The market alone won't provide the necessary scientific effort, as Mrs. McCain perhaps understands -- so effective empathy requires federal support.

A constricted compassion that arises solely from personal experience has somehow come to seem peculiarly Republican. The most famous examples include former first lady Nancy Reagan's crusade for stem-cell research and former Sen. Pete Domenici's campaign for mental-health insurance parity. While both were admirable and courageous efforts that resulted in important legislation, they were cast as narrow exceptions to conservative ideology -- exceptions grounded strictly in personal misfortune.

Only after her husband began to disappear into the twilight of Alzheimer's disease did Mrs. Reagan perceive the value of the kind of government action they both had spent a lifetime denigrating. Government was the problem, not the solution, according to the Reaganite dogma. But then Nancy realized that federal support for stem-cell research might someday bring relief to patients like her beloved Ronnie, and anguished families like hers. Suddenly, spending hundreds of millions of taxpayer dollars on something other than Star Wars wasn't such a terrible idea.

As for Domenici, the tragedy that opened his eyes began when his daughter Clare, then in college, started to exhibit symptoms of the schizophrenia that eventually disabled her. That was when the New Mexico senator, often described by the Washington press as "a crusty conservative," discovered how much of society, including the insurance industry, discriminated against mental patients and their families.

Domenici's chief ally in the long struggle for mental-health parity was the late Paul Wellstone, the legendary progressive senator from Minnesota whose older brother had lived with severe mental illness from adolescence.

Six years ago, Wellstone carefully spelled out to the New York Times how he and his conservative colleague had joined together on the issue of mental healthcare. "There has been a personal, crystallizing experience in each of our lives. You almost wish it didn't have to work that way, that all of us would care deeply anyway about people who were vulnerable and not getting the care they need. But this kind of thing happens a lot in politics for fully human reasons."

That last remark was typically generous of him. Yet it is the differences between a Wellstone or a Kennedy and a Domenici or a McCain -- and not their fleeting alliances -- that may explain why we still don't provide care for all of the vulnerable who need it.

All his life, Wellstone demanded a more compassionate society and a more decent government -- not because he or his family was suffering but because he felt a moral imperative. And despite the president's poetic explanation of Kennedy's commitment, the truth is that his fight for universal healthcare began years before either of his children was stricken with cancer. Affliction may have deepened their commitment, but their perception always extended far beyond their own plight.

Even the best of today's Republicans seem to lack that quality, to say the least. Enjoying the ample blessings of the Federal Employee Health Benefits program and access to the best military hospitals, they're totally insulated from the troubles of those who lack adequate insurance, or any insurance at all.

If the Republican right manages to kill healthcare reform this year, then perhaps some brave Democrat should introduce a new kind of bill -- cutting off every member of Congress from the "public option" that protects them and their families.