We've seen this healthcare trigger before 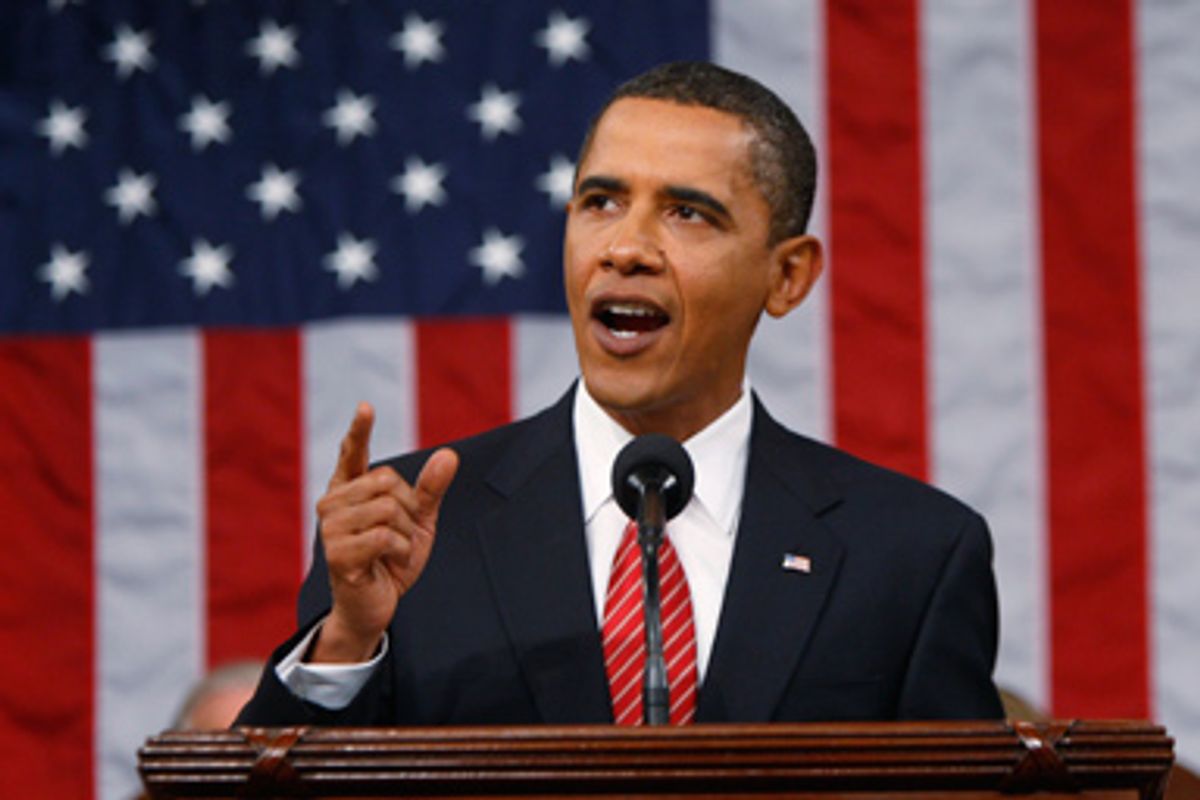 President Barack Obama speaks to a joint session of Congress on healthcare at the U.S. Capitol in Washington, on Wednesday, Sept. 9, 2009.
--

After a summer of politics marked by esoteric phrases like "co-ops" and "insurance exchanges," the newest kernel of ubiquitous arcana is the term "trigger mechanism." This proposal, which is gaining momentum after President Obama's speech to Congress, would have any national health legislation include provisions only allowing a government-run "public option" if certain future parameters are met. "It's an obscure policy tool that isn't even written," reported the news service TalkingPointsMemo.com, "but somehow, a 'trigger-mechanism' is the talk of Washington right now. How did that happen?"

Such shock is widespread. Pundits, reporters and activists are stunned that an abstruse scheme to halt reform has become a focal point of the healthcare debate. Yet, considering recent history, the only surprise is that Washington waited so long to again force this legislative cyanide down America's throat.

Recall that over the last decade, a maverick group of progressive and conservative lawmakers pushed bills to let Americans purchase cheaper, FDA-approved prescription drugs from other industrialized nations. It was (and is) a common-sense idea -- other countries allow importation, and the practice helps lower health costs by permitting consumers to buy medicines at the lowest world market price, not just at an artificially inflated domestic premium.

As with today's public option surveys, polls on importation showed strong national support for the concept. So rather than murder the drug legislation outright, congressional leaders joined the Clinton and Bush administrations in backing a "compromise": Importation bills were passed, but only those that gave the secretary of Health and Human Services the power to trigger -- or not trigger -- final implementation. Specifically, the secretary would have to first certify that imported medicines were "safe." (Drug companies promote the lie that Canadian medicine is mortally dangerous -- prompting Republican Gov. Tim Pawlenty, an importation proponent, to ask, "Where are the dead Canadians?")

This trigger provision, of course, was lobbyists' poison pill -- and it worked as they planned. Importation has never been implemented, as no HHS secretary has pulled the trigger. Hence, Americans are still barred from wholesale importation of lower-priced medicine -- and pharmaceutical industry profiteering continues.

The moral of the story is that triggers are just another version of the old Blue Ribbon Commission trick. They are designed not as good public policy, but as devious political tactics to help dishonest lawmakers look as if they support popular measures -- all while guaranteeing those measures never become reality.

On importation, triggers gave corporatist politicians a way to seem like they were remaining true to their pro-consumer platitudes and "free trade" dogma at the same time they were strengthening an extreme form of anti-consumer protectionism for pharmaceutical companies. On health reform, a trigger will let those same legislators look as if they support a public option that increases insurance competition, reduces costs and therefore delivers on promises to decrease the deficit. But if/when the bill's final language is inevitably designed to make pulling any trigger impossible, it will preclude a public option from ever existing.

If there is any mystery about the trigger subterfuge, it is how anyone can wonder where the idea came from or why it is suddenly so prominent. After all, the same lawmakers and lobbyists who used it to kill importation are currently working to destroy health reform. As just one example, Rahm Emanuel, the White House chief of staff pushing a trigger, was previously one of the key congresspeople who portrayed sham importation bills as real progress. (He was also -- not coincidentally -- a huge recipient of health industry cash.)

"The past is never dead," wrote William Faulkner. "It's not even past." As today's trigger proposal shows, that's particularly true when a "change" election preserves the same corrupt forces, cynical tactics and bedeviled details.