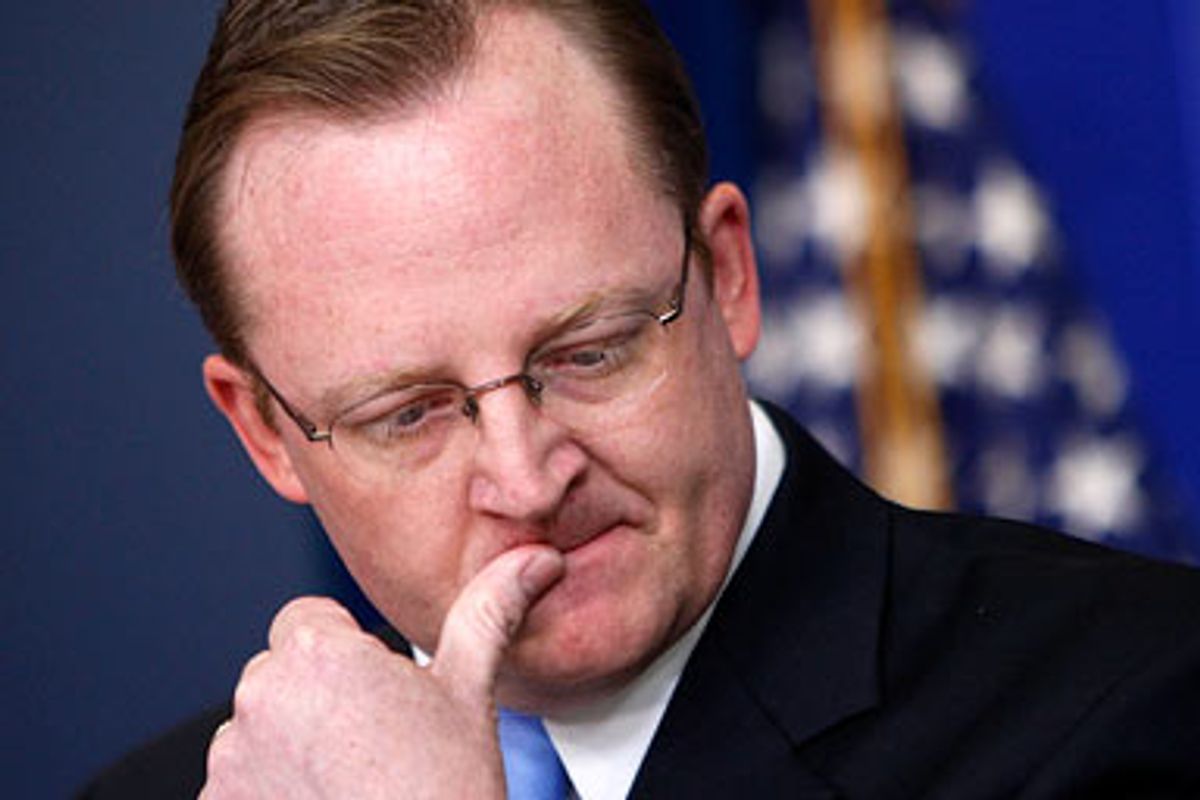 The Obama team has always been wary of suggestions that race plays a role in the opposition to the president, for fear that he'll be accused of playing the "race card" or tagged as a new Al Sharpton or Jesse Jackson. That caution extends to public disagreement with former President Carter, who said Tuesday that "an overwhelming portion of the intensely demonstrated animosity toward President Barack Obama is based on the fact that he is a black man."

Gibbs then got into a bit of a back-and-forth with Helen Thomas:

THOMAS: Are you saying that the president is not concerned about the climate of hate in this country today?

QUESTION: You don't think it's race-based?

GIBBS: No, I simply said I didn't think -- and I don't think the president believes -- that the majority of those that are upset at actions that have to be taken are based...

QUESTION: Why are they so upset when people get health care?

GIBBS: I -- that's a -- a question for somebody that has that view. I'm somewhat in a bad situation to interpret that for them.