First I thought so, but her memories of San Francisco's violence made the risks of extreme Obama-hate more real 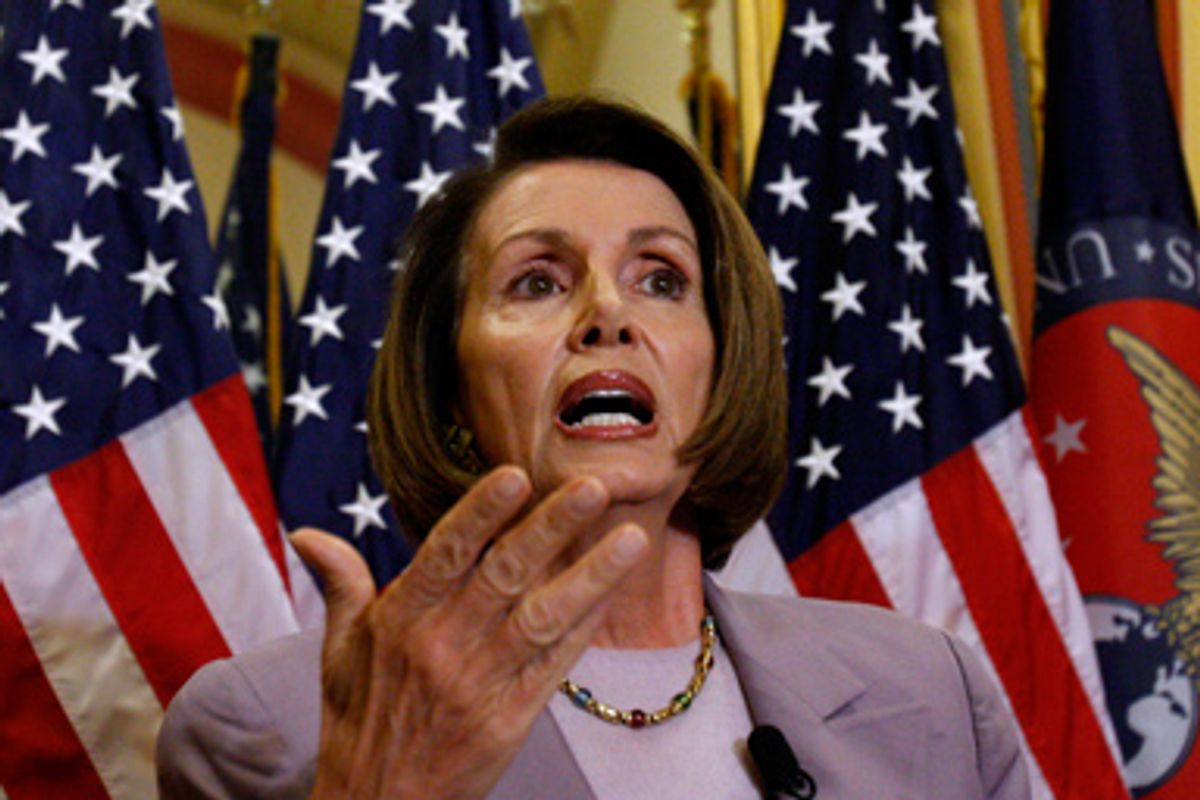 I found it hard to watch House Speaker Nancy Pelosi's emotional remarks Thursday, comparing the right-wing climate of hate demonizing President Obama with the fear and anxiety she saw in late-1970s San Francisco that led to the assassination of Mayor George Moscone and gay-rights hero Supervisor Harvey Milk. It made me uncomfortable, both because I squirm a little when powerful women get teary, and because I'm afraid of liberals overreacting to the attacks on Obama. (It's not easy to overstate the craziness of the Deathers and the Birthers and Twelvers and gun-toters, but it is possible.)

So did Pelosi go too far? When I finally watched the video, I felt the speaker's tears were authentic and sadly appropriate to her topic, unfortunately. San Franciscans who lived through the Milk-Moscone murders (I did not) are still shadowed by that tragedy, which permanently disabled liberal politics here. (Has anyone ever noticed how the targets of assassination are so often men who are uniquely capable of crossing over to reach others outside their group: both Kennedy brothers, Martin Luther King Jr., the Malcolm X who'd stopped demonizing white people and embraced a multiracial Islam?)

If Pelosi's comparison with late-'70s San Francisco is inapt, it's because there is a bigger, broader, multifront effort to demonize and dehumanize Obama than the one faced by Milk and Moscone, led by unhinged right-wing media stars like Rush Limbaugh and Glenn Beck. Now Pelosi is being ridiculed for her emotional remarks, while the right is accusing her of trying to squelch political opposition. Republican Congressional Campaign Committee Chairman Pete Sessions complained: "The Speaker is now likening genuine opposition to assassination. Such insulting rhetoric not only undermines the credibility of her office, but it underscores the desperate attempt by her party to divert attention away from a failing agenda."

What did Pelosi say that got the GOP upset? "I wish that we would all, again, curb our enthusiasm in some of the statements that are made, understanding that -- that some of the people -- the ears it is falling on are not as balanced as the person making the statement might assume." What she said was frankly milquetoast; it was the way she said it that had real power. Given that Pelosi lived through the trauma she described, she has a right to her feelings as well as the right to express them. It's clear she's not talking about partisan debate over, say, the public option; she's talking about the paranoid hysterics who question the president's legitimacy and his basic humanity.

I don't understand Republicans (and others) who conflate criticism of Obama's extremist foes with criticism of all his foes. As in the letters threads of my two recent blog posts, it's as if to say that any Obama criticism is founded in racism is to say all criticism is. It's either poor logic, or more likely, political opportunism. I cringed when I first heard about Pelosi's raw remarks, but I'm glad she made them.

But if you like your discussions of anti-Obama racism more "balanced," here's a ludicrous CNN story asking whether frequently seen Tea Party posters depicting Obama as a witch doctor with a bone through his nose are racist, or just good old satire.