Washington is still an industry town. It's just a different industry than you might think 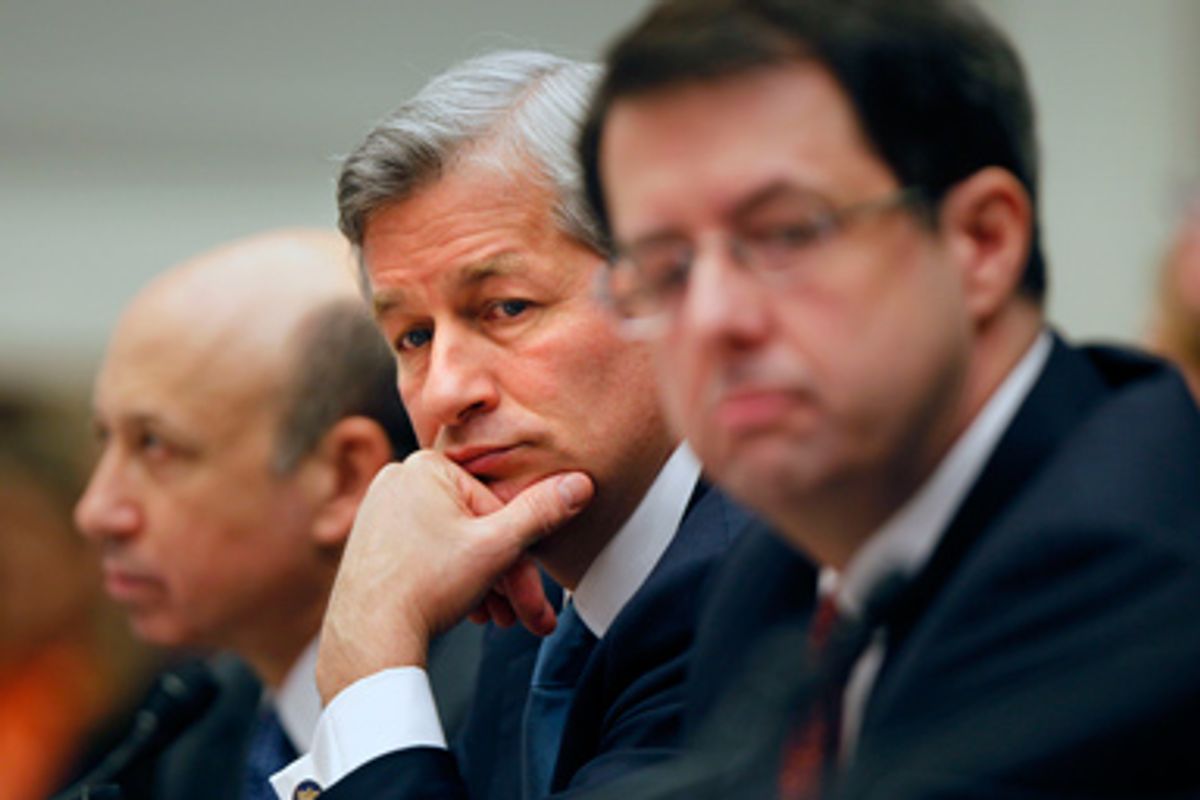 If you ever needed proof that Washington is governed by the Golden Rule -- the one that says, he who has the gold, rules -- you only have to look at the wagon loads of cash being dumped by big business into crushing President Obama's domestic agenda.

Good gosh, how the money rolls in. And I'm not only talking about the millions bankrolling the gang war over healthcare reform. A couple of weeks ago, the Washington Post reported that the energy lobby is barnstorming around the country holding rallies and concerts, giving away free lunches and T-shirts, spreading the wealth like a drunken oil tycoon -- all to defeat the cap-and-trade climate bill that squeaked through the House and now awaits a vote by the Senate.

The paper noted that in the first half of the year oil and natural gas groups spent $82.1 million lobbying Capitol Hill -- but that environmental, health and clean-energy interests scraped together less than a quarter of that amount, $18.7 million. Money talks, and it's murmuring in your ear, "Global warming, what global warming?"

Those energy lobby high rollers in denial aren't the only ones who know how to throw a party. Last month, Public Citizen, the consumer advocacy group that was founded by Ralph Nader, released an investigation of the 10 banks receiving the most federal bailout money plus five trade associations fighting government attempts to more closely regulate consumer banking.

In the period between Election Day last November and the end of June, the groups scheduled 70 fundraisers for members of Congress. Along the way, they made $6 million in federal campaign contributions.

Thirty-five of those 70 wingdings -- half! -- were thrown by the U.S. Chamber of Commerce and its lobbyists. And a third of the money contributed to candidates came from the American Banking Association and affiliated lobbyists. Both organizations are fighting hard to keep the government from clamping down on the financial industry. In fact, the Chamber of Commerce is planning on spending a hundred million bucks to keep the noses of federal snoops out of their business.

It's not hard to figure out why they're so eager to grease palms and throw the regulatory bloodhounds off the scent. On Aug. 31, Bloomberg News reported that Wall Street is getting ready for a major battle to prevent tighter government control of the nearly $600 trillion over-the-counter derivatives market.

According to Bloomberg, "Five U.S. commercial banks, including JPMorgan Chase & Co., Goldman Sachs Group Inc. and Bank of America Corp., are on track to earn more than $35 billion this year trading unregulated derivatives contracts. At stake is how much of that business they and other dealers will be able to keep."

Astonishing to think about when you recall that just a year ago irresponsible derivatives trading was one of the reasons we were being sucked into the vortex of economic catastrophe. Equally astonishing to see the extravagant salaries banking executives are still raking in even while their foolish financial strategies made more and more of us eligible for the bread lines.

The institute took a look at paychecks for the top five executives at 20 financial companies -- the ones that took the biggest helpings from the taxpayer-funded bailout buffet. From 2006 through 2008, they received an average of $32 million apiece -- compensation packages that totaled $3.2 billion.

Just as a reality check, 100 U.S. workers making the annual average wage would have to work for more than a thousand years to make the money those hundred execs made in three.

Despite the financial crisis that nearly sank us a year ago, the front page of the Sept. 12 New York Times reports that, "Backstopped by huge federal guarantees, the biggest banks have restructured only around the edges. Employment in the industry has fallen just 8 percent since last September. Only a handful of big hedge funds have closed. Pay is already returning to precrash levels, topped by the 30,000 employees of Goldman Sachs, who are on track to earn an average of $700,000 this year. Nor are major pay cuts likely, according to a report last week from J.P. Morgan Securities. Executives at most big banks have kept their jobs."

If nothing is changed, MIT's Simon Johnson, former chief economist of the International Monetary Fund, told the Times, the banks "will run up big risks, they will fail again, they will hit us for a big check."

And look at this: While those executives are dancing with your dollars, the foreclosures they helped to bring on continue to rise. According to Moody's Economy.com, nearly 1.8 million American mortgage holders will lose their homes this year -- up from 1.4 million in 2008. And the Mortgage Bankers Association reports that the lion's share of those foreclosures has shifted from the dreaded subprime mortgages that triggered this crisis to prime loans. That means people who were employed with sufficient income and security to take out a prime mortgage are losing their jobs and houses, too.

This jump in foreclosures is spreading nationwide to parts of the country previously not as hard hit, such places as Illinois, Idaho and Utah. In Oregon, where joblessness jumped to nearly 12 percent in July, foreclosures have skyrocketed 84 percent from a year ago.

So far, government programs intended to ease the hurt have had little effect. The Associated Press reported a month ago that despite a $50 billion mortgage bailout from Washington, only nine percent of the borrowers eligible for relief have seen their home loans modified.

Many of the banks involved have been dragging their feet, enjoying the bailout bucks but failing to spread them around. Some haven't modified a single mortgage.

No wonder Rep. Barney Frank of Massachusetts, chairman of the House Financial Services Committee, and Democratic Senate Whip Dick Durbin of Illinois are reviving the reform proposal that would allow bankruptcy judges to "cramdown" mortgage principal and interest rates to give homeowners some much-needed relief. Durbin said, "Waiting for banks to 'volunteer' to end this foreclosure crisis is a waste of time ... This approach has failed miserably."

Of course, you remember what happened the last time they tried to push "cramdown" through. Last spring, it was rejected by the Senate, 51-45. In anticipation of that vote, an exasperated Durbin told an Illinois radio station that, "The banks ... are still the most powerful lobby on Capitol Hill, and they frankly own the place."