What to talk about instead of talking about race 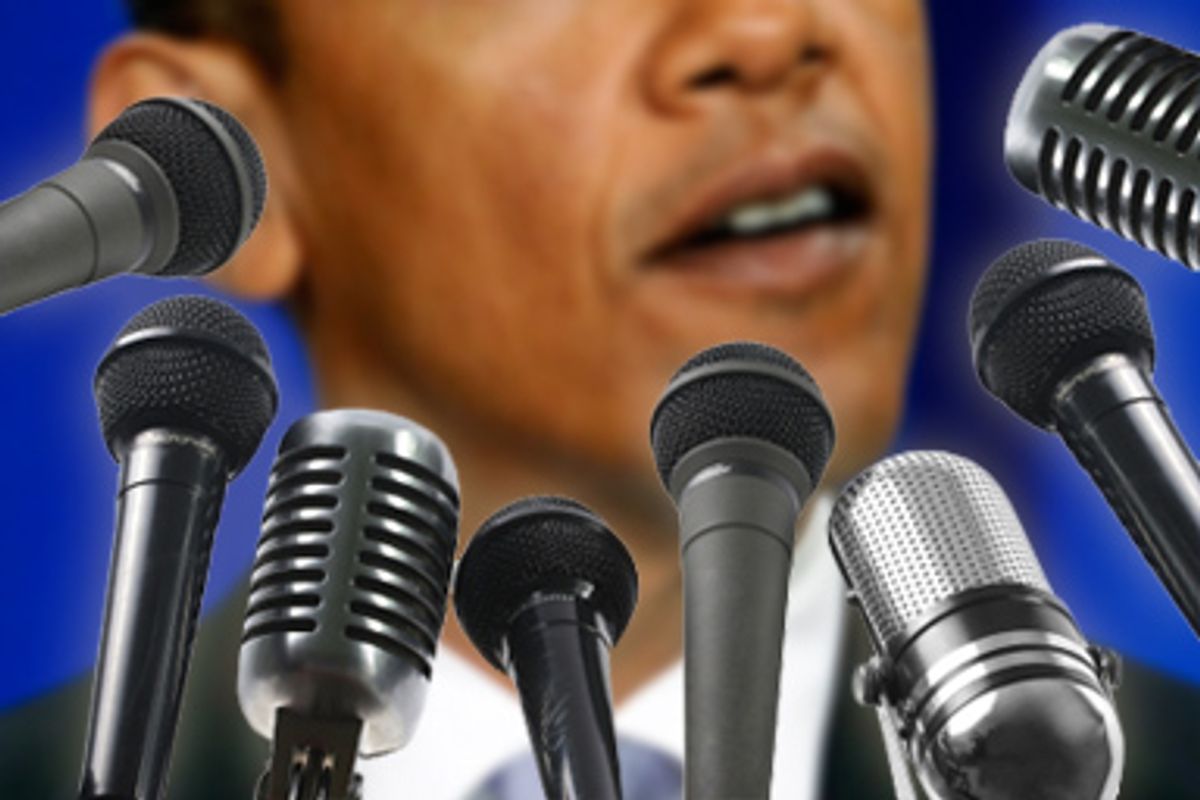 I am a law professor who teaches constitutional law, civil rights, race and the law and other areas related to equality. I have spent nearly two decades researching and writing about race relations and public policy. With respect to the right-wing attacks on President Obama, however, I find the issue of race largely uninteresting.

I think it is safe to say that most Tea Party marchers, right-wingers, Joe Wilson and many other anti-Obama types are not progressive on issues of race. Indeed, many of the participants in the protest marches have carried signs or made statements that show racial hostility. So, yes, some of Obama's critics harbor racial bias.

Nevertheless, it is impossible to psychoanalyze the entire opposition to Obama. Discussing this issue will do nothing but take the public's attention away from more important public policy concerns. Race is definitely an important social, political and legal concern, and the issue of race and access to healthcare is extremely important. But in this setting, there are far more pressing matters than the racial motivation of Obama's opponents.

Furthermore, even though racism informs some of the opposition to Obama, right-wingers have exhibited lunatic opposition to liberal and even moderate policies in the past (think Bill Clinton). Glenn Greenwald (of Salon) and I have both analyzed this topic.

What to talk about instead of race

For over a month, conservatives have advanced gross distortions regarding healthcare reform. They have described it as socialism, Nazism and totalitarianism, and they have argued that it would establish "death panels" to decide whether to "pull the plug on Grandma." They have portrayed healthcare reform as an effort to harm seniors -- even though Republican John McCain proposed the very same cuts to Medicare that Obama has proposed. They have also condemned "government-run" healthcare, while pretending to support Medicare and TRICARE; these two programs, however, are forms of government-run healthcare.

Moreover, many of Obama's opponents have blasted "big government," but they want the federal government to reform tort laws in every state and to veto a doctor and patient's decision regarding abortion. Many of them also supported the unnecessary war in Iraq and the increasingly unpopular war in Afghanistan. They also endorse governmental regulation of some of the most intimate human relations, such as sex among consenting adults.

Conservatives blame Obama for the financial sector and auto industry bailouts -- even though the Bush administration proposed both bailouts and ushered the legislation through Congress. Bush also sharply increased the rate of government spending -- while cutting taxes. That disastrous fiscal policy turned a surplus into a record deficit.

I am not even intrigued by Joe "You Lie" Wilson's racial mind-set. His prior work for Strom Thurmond and his reaction to the "unseemly" possibility that Thurmond had a "black" daughter indicate that Wilson is not the most advanced mind on issues of race and sex. But focusing on this obvious fact detracts from the content of Wilson's own "lies."

Wilson, for example, has rallied his conservative constituents against the inclusion of a public plan option in healthcare reform. Wilson makes typical Republican arguments regarding this issue, claiming that a public plan would interfere with doctor and patient relationships and reduce the level and quality of care. Wilson, however, has spoken quite fondly of TRICARE -- the government-run health system for military personnel, veterans and their families. Wilson and his children and their families are all on TRICARE. Wilson has said that TRICARE delivers "world class" medical care. Wilson has also noted that TRICARE receives high marks from participants.

TRICARE also establishes treatment options (just like private insurance) that define the contours of a doctor-patient relationship for patients who lack private insurance or the ability to self-pay. Wilson's contradictory positions on this subject are far more important than whether he hates Obama because he is black.

Here's a thought: Analyze the substance of reform -- rather than the subjective emotions that shape its opposition. The media cannot tell us whether most of Obama's opponents are racist, but it can certainly unveil the hypocritical and deceitful nature of that opposition.