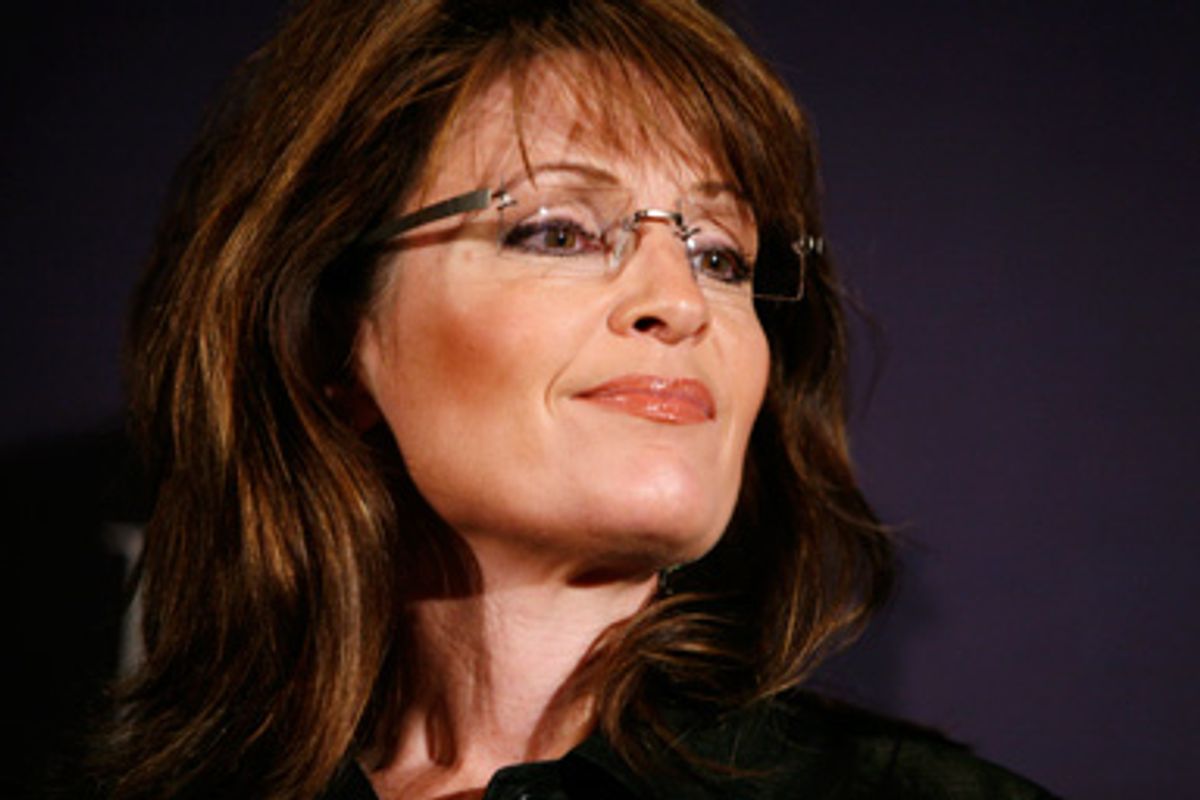 "Now I know that many of you, maybe you’re hoping to hear me discuss the derivations of the formula for effective rate of protection, followed by a brief discussion of the monetary approach to the balance of payments. If time allows, a quick summary of factor price equalization. Maybe some thoughts on quantitative easing, but that’s for next time."

Alan Greenspan talking to a group of Wall Street executives? Not quite; try former Alaska Gov. Sarah Palin, giving a speech to an investors' conference in Hong Kong Wednesday.

That part of the speech was a joke, of course -- she followed it up by saying, "I have spent my life closer to Main Street. That’s what I want to talk about is that view from Main Street." But this was the first speech Palin gave as a private citizen, one she's rumored to have received somewhere in the low six figures to give. So this wasn't the red meat address the former governor gave at the Republican National Convention, or her rambling resignation announcement; it was an effort at a more serious speech.

There were some classic Palin elements there, though.

"Alaska exported more than $700 million in goods to China during my first year in office, and that increased again in 2008," she said at one point. "No doubt some of the fruits of our labor, even mine and Todd’s, ended up here on dinner tables because we commercial fish in Bristol Bay. And either as whole salmon or caviar, commercial fishing is really tough business. And in tough conditions, we even used to laugh about this, thinking that we’re putting together such delicacies for the other side of the world, is how we referred to it."

Amid bits relevant to China -- the situation in Taiwan, for example -- and the current political climate in the U.S., there were discussions of the Republican Party and conservatism, too, and of course a Palin trademark -- a self-serving and misleading recounting of her acheivements in office. And there was a bit about the housing market and what caused the crisis in it and the larger economy, which the investors in the audience, who have to know a little more about these things than Palin does, must have been interested in. Her explanation hewed to the conservative line, if not to reality:

While we might be in the wilderness, conservatives need to defend the free market system and explain what really caused last year’s collapse. According to one version of the story, America’s economic woes were caused by a lack of government intervention and regulation and therefore the only way to fix the problem, because of course every problem can be fixed by a politician, is for more bureaucracy to impose itself further, deeper, forcing itself deeper into the private sector.

I think that’s simply wrong. We got into this mess because of government interference in the first place. The mortgage crisis that led to the collapse of the financial market, it was rooted in a good natured, but wrong headed desire to increase home ownership among those who couldn’t yet afford to own a home. In so many cases, politicians on the right and the left, they wanted to take credit for an increase in home ownership among those with lower incomes. But the rules of the marketplace are not adaptable to the mere whims of politicians.