The public knows the GOP is fibbing

Only Republicans really buy the anti-healthcare reform lies. So why are some Dems settling for such an awful bill? 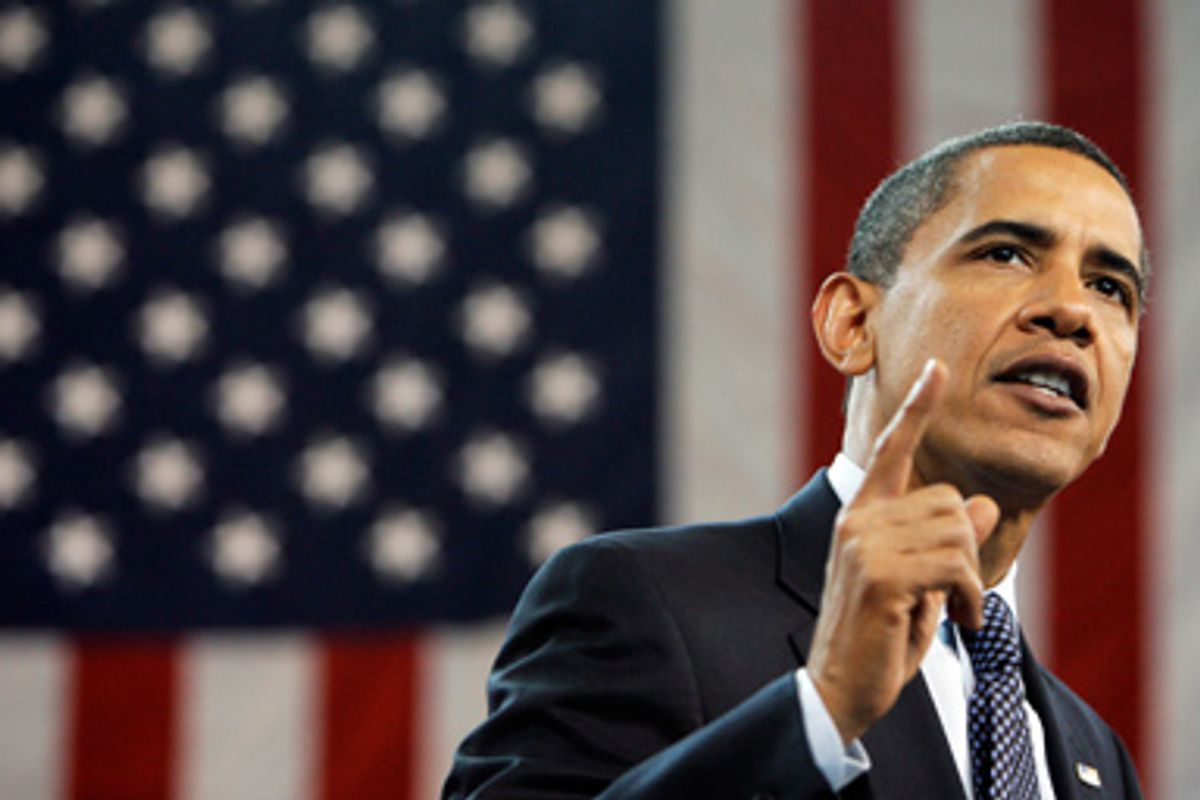 "I can't tell you how many foreign leaders who are heads of center-right governments say to me, I don't understand why people would call you socialist. In my country, you'd be considered a conservative." -- President Obama, Sept. 20, 2009

There have always been two basic arguments for health insurance reform: one based in morality, the other self-interest. For a documented 45,000 persons to die prematurely in America each year because they can't afford proper care is a national disgrace. Almost everybody apart from "conservatives" whose moral imagination is limited to judging other people's sex lives understands that.

The current cruel, wasteful system is indefensible. Surely that's why almost three-quarters of physicians polled by the New England Journal of Medicine favor genuine reform. About 63 percent of doctors surveyed nationwide support a public option; 10 percent would prefer a single-payer system, basically Medicare for everybody.

For all the hullabaloo, it appears alarmist rhetoric hasn't scared ordinary people as much as it has cable TV anchors. A Bloomberg poll asked which right-wing objections people found legitimate, and which were "scare tactics." Basically, voters rejected GOP rhetoric almost 2-to-1. About 63 percent think Sarah Palin's "death panels" are a distortion, versus 30 percent who fear them. It's 61 to 33 percent on the claim that health reform means government-paid abortions, 58 to 37 percent on the false claim that illegal aliens will get subsidized insurance, etc.

In short, hardcore opposition is mainly confined to the Republican "base," itself increasingly confined to the South. Why has Sen. Olympia Snowe, R-Maine, started making conciliatory noises? Consider these remarkable statistics from a Research 2000 poll: Voters in the Northeast overwhelmingly dislike congressional Republicans. The party's favorability rating there is a minuscule 7, yes 7, percent. Moreover, it's a paltry 13 percent in the Midwest; 14 percent in the West. Only in the South is the GOP politically relevant, with a 50 to 37 percent advantage over Democrats.

Hence the odds of Obama's signing what the New Republic's Jonathan Chait correctly calls "one of the towering social reforms in American history" appear excellent. Ending the game of health insurance roulette that keeps workers unsure their coverage will actually exist when they need it, and fearful of losing their jobs lest illness or injury lead to bankruptcy, would be a significant moral achievement.

Chait, however, also thinks progressives should shut up and accept a deeply flawed bill. He fails to grasp why some suspect Democrats could be slow-walking into political disaster. See, that's where the self-interest side of the argument comes in. Because the widely publicized bill proposed by Sen. Max Baucus, D-Mont., not only won't get Republican votes, it would also do little to restrain galloping cost increases. That's why insurance and pharmaceutical lobbyists love it.

Instead, Baucus' bill would force millions of working Americans currently without coverage to spend up to 13 percent of their annual income on private health insurance policies they can't afford.

Have these abstemious "centrists" on the Senate Finance Committee been hitting the medical marijuana stash? A surer way to stoke a right-wing populist rebellion can't be imagined. Like Politics Daily's David Corn, "I feel as if I'm watching a cheesy horror flick and some poor unsuspecting person is about to open the wrong door -- and you want to scream, 'Hey, don't open that door!'"

Democratic bloggers boast about how brilliantly Obama schooled George Stephanopoulos on ABC News' "This Week." The host wondered whether a government mandate requiring people to buy health insurance wasn't a steep tax increase. Obama argued semantics. "For us to say that you've got to take a responsibility to get health insurance is absolutely not a tax increase."

No, Mr. President, it's not. Technically speaking. But it's thousands of bucks out of the pockets of people who've already decided they can't afford insurance. Sure, some are improvident deadbeats willing to take their chances, visit the emergency room as necessary, and stick everybody else with the bill. But most just can't find the money.

See, the argument from self-interest starts with the realization that Americans already spend almost twice as much per capita for healthcare as the citizens of any other country. And that most of the difference goes to outsize corporate profits. Insurance and pharmaceutical executives aren't wicked, but corporations can be as amoral as sharks.

Former Vermont Gov. Howard Dean insists that the bill simply must include a competitive public insurance plan: "Because it's the only thing that works ... If controlling costs, which is part of the president's agenda, is going to happen, you have to have a public option. If you want to get some people insured by 2010, which I think is essential for the future of the Democratic Party, you have to have a public option."

Is that because Dean's a left-wing ideologue?

No, it's because he's a doctor.