Paul Kirk, a former aide to the late senator and one-time DNC chair, will serve in the Senate for a few months 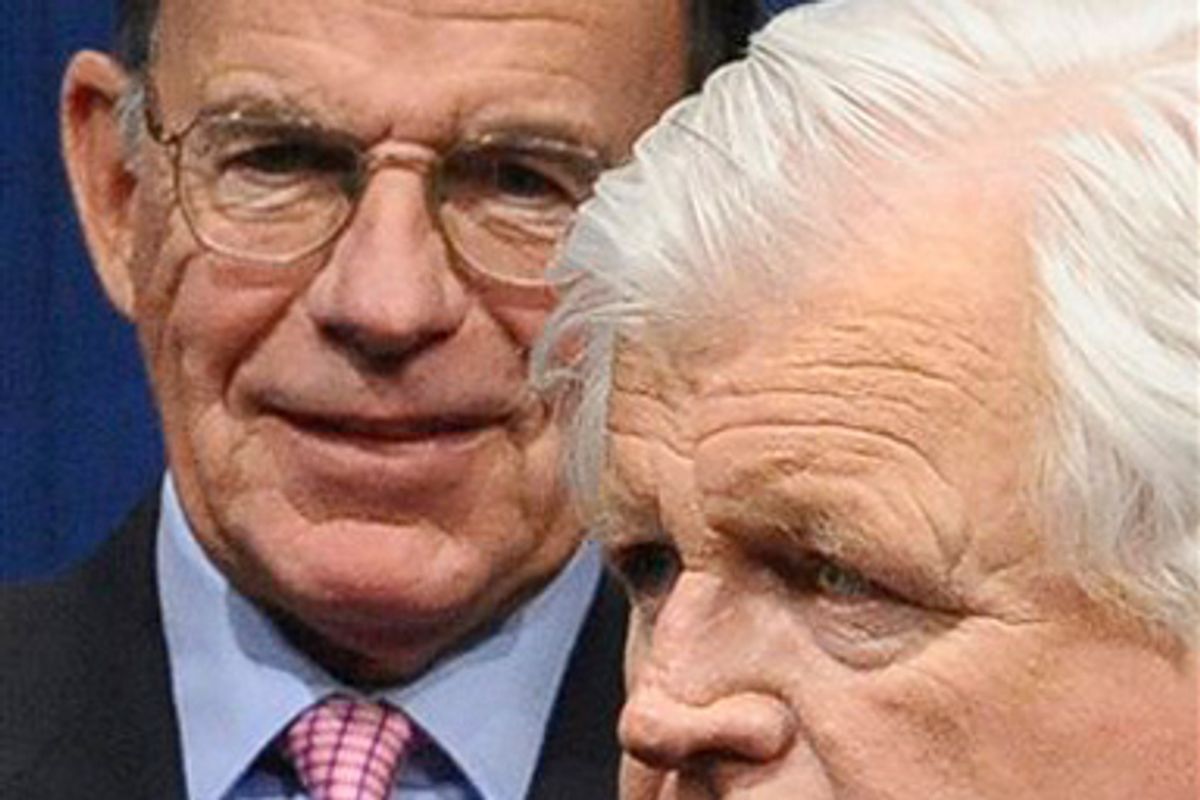 In this May 12, 2008, photo, Paul Kirk, Jr., left, chairman of the John Kennedy Library Foundation Board of Directors, is seen alongside the late Sen. Edward Kennedy at the annual Profile in Courage Award ceremonies at the John F. Kennedy Presidential Library and Museum in Boston.
--

As expected, Massachusetts Gov. Deval Patrick announced during a press conference Thursday morning that he's chosen Paul Kirk to fill the late Sen. Ted Kennedy's seat on an interim basis. Kirk will serve until after a special election is held early next year; both he and the governor said at the press conference that he will not be a candidate.

Kirk is a former chair of the Democratic National Committee and a one-time aide to Kennedy; he remains close enough to the family that he's the current head of the John F. Kennedy Library Foundation. The late senator's widow and sons had put their weight behind Kirk for the appointment.

At the press conference, Kirk acknowledged the Kennedy family's support, and signaled that he'd validate their trust in him by working "to be a voice and a vote for [Kennedy's] causes and his constituents." He also said he hoped to retain the late senator's staff.

Primary among the causes Kirk and his friend's family have in mind, of course, is healthcare reform, an issue that was close to Kennedy's heart. Kirk could provide a crucial vote, and it was for that reason that the Massachusetts legislature voted to change the law to allow Patrick to make the appointment. It was also for that reason that Patrick sent a letter to the secretary of state that allows the law to take effect immediately.

Kirk is expected to be sworn in to office on Friday.