The Four Horsemen send their regrets

A list of failed predictions of the end of the world, including a few current theories that probably won't pan out 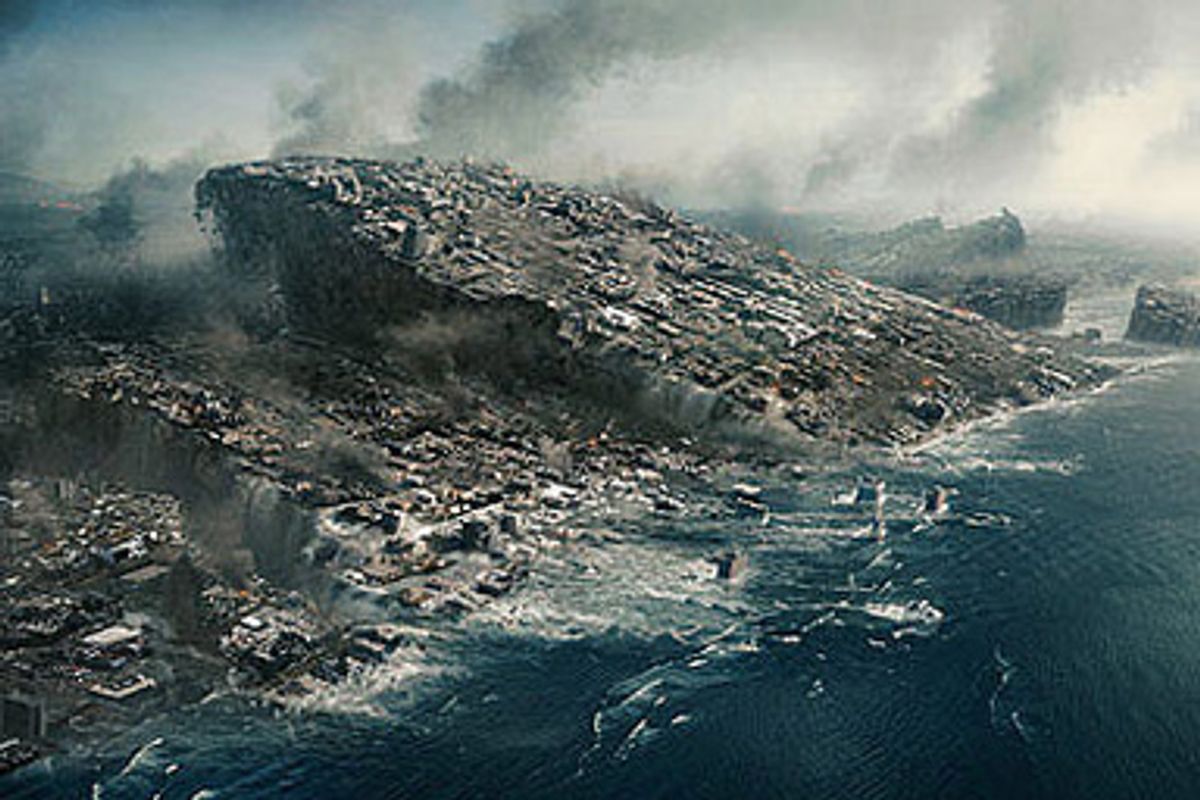 In a recent poll, 8 percent of respondents in New Jersey admitted to thinking that Barack Obama is the antichrist. As in, they think the president is the Beast of Revelation, he whose coming portends the rapture, the battle of Armageddon, and the end of the world as we know it. Thirteen percent weren't sure, perhaps waiting for more and better evidence to arrive via chain e-mail.

If you're shocked by those stats, remember just how many Americans think the apocalypse is right around the corner. In a poll from earlier this decade, 17 percent said they expected the world to end in their lifetime. Perhaps that's why, even though Jesus may have admonished that no man knows the day and hour,  so many people can't resist making a pseudo-educated guess about the day and hour.

One of the more popular theories making the rounds lately has centered on the Mayan calendar, which runs out in 2012. You get the drift -- don't make any plans for 2013. The New Agey claptrap is popular enough that it inspired Roland Emmerich's upcoming apocalypse-porn blockbuster "2012," due in multiplexes everywhere this November. With a hat tip to the citizens of New Jersey, Roland Emmerich and the ancient Mayans, we present this honor roll of doomsday panics and false messiahs -- a whole lot of past predictions that didn't pan out, and a few more current revelations that are looking iffy. This is the way the world doesn't end. No bang, lots of whimpers.

Apocalypse how?: The Second Coming and the punishment of sinners

What went down: Amid widespread religious and class warfare in central Europe, insurgent, apocalyptic Anabaptists had taken control of the German city of Münster. Their leader, Jan Matthys, declared the city the "New Jerusalem," expelling or forcibly baptizing nonbelievers, and decreed all property to be communally held. Matthys predicted that the Apocalypse would come on Easter Sunday, and God would judge the wicked. That day, he led a small group of armed men against the army besieging the city. Matthys and his band turned out not to be invincible, and were hacked to pieces. The next year, Münster fell, and the remaining Anabaptist leaders were tortured, executed and displayed in these cages, which still hang outside the Church of St. Lambert.

Apocalypse how?: The Returned Christ

What went down: This might be the most touching failed prophecy ever. Millerism was an acutely eschatological strain of Baptism that emerged in upstate New York during the Second Great Awakening (the same time and place that produced Mormonism). Its founder, William Miller, believed that, with a close reading of the Bible, he could pinpoint the Second Coming. By beginning his count at 457 B.C. and taking the biblical "days" to mean "years," Miller settled on some time between March 21, 1843, and March 21, 1844. When the window closed, with no sign of the savior, he revised to April 18, 1844, then again to Oct. 22. But still no sign. Wrote follower Henry Emmons, "I waited all Tuesday, and dear Jesus did not come ... I lay prostrate for 2 days without any pain -- sick with disappointment."

Since 1844, Millerism has evolved into Seventh-day Adventism, which tends to be more cautious about getting followers' hopes up.

Apocalypse how?: Our Savior of Uzbekistan

What went down: Following Claas Epp, a Prussian-born Russian preacher, a group of 100 families of Russian Mennonites spent 1880 marching 2,000 miles across Eurasia to Uzbekistan. It was there, Epp had told his followers, that they would greet the returned Christ on March 8, 1889, as a "bride community." No dice, of course, so, like Miller, he revised. 1891 would be the year.

Epp died in 1913, excommunicated, miserable and probably afflicted with schizophrenia. Little trace remains in Uzbekistan of the Mennonites.

Apocalypse how?: A great flood, plus some aliens

What went down: This was a small UFO cult, centered around a Chicago woman named Marion Keech. It would be unremarkable, but for its service as the subject of a famous study. Keech claimed to channel Guardians from the planet Clarion, who predicted an apocalyptic flood, but promised to rescue cult members on the appointed day. A group of pioneering social psychologists, led by Leon Festinger, infiltrated the group in advance of the date. Their resulting book, "When Prophecy Fails," showed the followers' contortions to avoid facing overwhelming disproof. After several explanations, the cult finally settled on the idea that a new message from Clarion had arrived, with the information that the group's own faith and goodwill had saved the world from destruction. Festinger et al., meanwhile, had laid a foundation for modern social psychology.

Apocalypse how?: The Lord raptures his faithful, and the End Times begin

What went down: This book, by Edgar C. Whisenant, took a "Rapture Ready"-style indexing approach to the end times, and found time was up. It was immensely popular among evangelicals. At RaptureReady.com, Todd Strandberg writes, "I personally had friends who were measuring themselves for wings."

The 1988 whiff didn't stop him from producing another tract for the next year, or for each subsequent year for quite some time. Where's Leon Festinger when you need him?

Apocalypse how?: A combination of aliens and clowns

What went down: What apocalypse you believe in depends on what subculture you call home. The New Agers have 2012, the evangelicals have the rapture, and the environmentalists have a real one. X-Day, which fell on July 5, 1998, was the hipster day of reckoning, in the wholly ironic nerd cult called the Church of the SubGenius. (Sample: "There are TWO species of 'intelligent' life on earth. There are the mere Humans, descendants of some decadent primate; and then there are the SubGenii, JHVH-1's prime breeding stock and descendants of the proud Yeti.")

Come the big day, spaceships were supposed to arrive from Planet X, and whisk away active "SubGenii," while leaving stricken nonbelievers under the rule of a cabal of evil clowns called "The Bozo Cult." Though X-Day seemed to pass uneventfully, some Subgenii begged to differ. In fact, they claimed, Earth and Mars were switched decades ago, causing the prophecy to only seem wrong. Anyway, X-Day is now celebrated around the country with so-called devivals, events more or less in the mode of Burning Man. ("If you can't get off the planet, at least get off from work!")

Apocalypse how?: Planes fall from the sky, power plants melt down, etc.

What went down: We were having such a good decade, surfing high on the dot-com wave, basking in a string of preposterous national cultural events. Something just had to go wrong. These computers -- they were going to betray us, and at the very moment when the future would be now: Jan. 1, 2000.

Encapsulating the moment's mixture of early-Internet silliness and, well, doomsday silliness, fevered chatroom types started using the abbreviation TEOTWAWKI. That's "The End of the World As We Know It." It's hard to believe now, but people actually stockpiled food and water -- and guns. Explaining her new arsenal, an Ohio woman told Time, "I know I don't have to fear the future. I only worry about people who aren't prepared." The Christian Coalition speculated that President Clinton would impose martial law. A whole town in the Ozarks tried to become self-sufficient.

You know what happened next. A handful of clocks failed, a few nuclear power plants had brief and minor malfunctions and some Delaware slot machines shut down.

Apocalypse how?: An especially Jewish Jesus returns to honor God's covenant with the Chosen

What will go down: The Messianic Jews are Jewish fundamentalists who also happen to believe that Jesus -- or in their preferred Hebrew, Yeshua -- was the Messiah, and that when he comes back he will kick some Gentile ass. Hence, they boast the sort of followers who call for Israel to exterminate the Palestinians and conquer the Fertile Crescent. They also favor the 7,000 years-and-out theory of the apocalypse. Start the count at Noah's flood, about 6,000 years ago, and you get a pretty grim result; depending on the exact moment of the flood, the likely beginning of Yeshua's 1,000-year-reign on Earth looks likely to fall in either May or December of 2011. Salon recommends that its Jewish readers bring this subject up at their 2010 Passover Seders, right when they get to "Next year, in Jerusalem!"

Apocalypse how?: We run out of days allotted to us by the ancient Mayan gods

What will go down: In 2012, the 13th cycle of the Mayan long-count calendar will come to an end. Surely, this has cosmic significance, because those Mayans were super-good astronomers. Now, thanks to the vagaries of the calendrical system of an extinct Mesoamerican civilization, we are apparently looking at a literal end of days. We get about 1,100 more of them, and then Quetzalcoatl cuts off our supply, possibly by causing a sudden shift in the Earth's magnetic field. Good thing we have Roland Emmerich around, because a show like that is going to require some pretty heavy-duty special effects.

There's some speculation that 2012 will boil down to a festival of 'shroom trips and quantum physics. That sounds pretty great, but the prophecy can get grim in certain versions. Some Twelvers hold that the end will come in the form of aliens ramming their planet, Nibiru, into our own. A modern astronomer might point out that we'd see a planet coming a ways in advance, but apparently, astronomy isn't what it used to be.