Patricia Heaton's Midwestern matriarch is sometimes funny, but ultimately too manic and silly to embrace 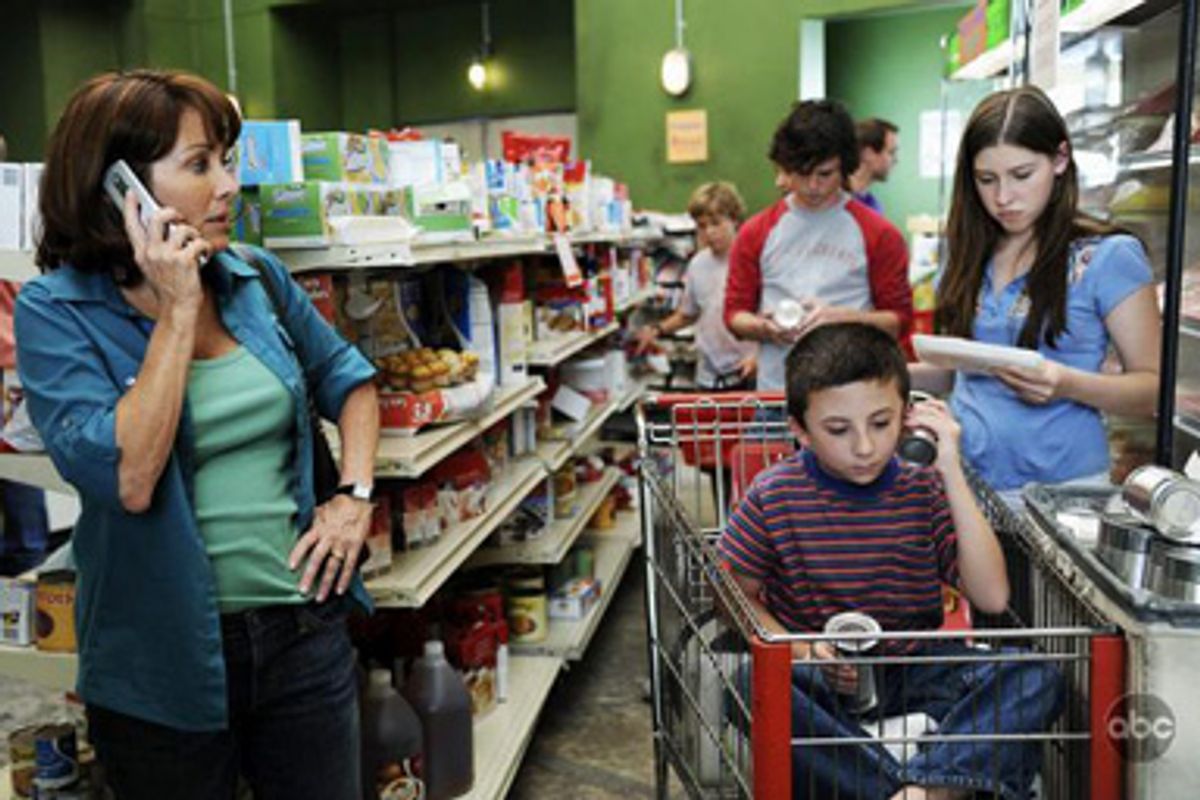 For a slapsticky sitcom about a Midwestern family filled with misfits, "The Middle" is better than you'd expect. But compared to this fall's surprisingly good new comedies – NBC's "Community," Fox's "Glee," ABC's "Modern Family" and HBO's "Bored to Death" -- "The Middle" is middling at best.

But that doesn't mean you shouldn't give it a shot. The pilot certainly has its charms, most of them centering around matriarch Frankie Heck's (Patricia Heaton) continual frustration with her not very charismatic, distinctly untalented, at times downright weird kids. Of her youngest, Brick, she says, "You know how you think giving a kid a cool name will make him cool? Well, it doesn't." Brick is nerdy. He whispers to himself. His backpack is his best friend. At a parent conference, his teacher wonders out loud whether he's just quirky or "clinically quirky":

Yes, this comedy has its moments. When Frankie and Mike's (Neil Flynn) teenage daughter Sue (Eden Sher) decides to go out for the show choir, her parents cringe. As Frankie puts it, Sue has been "going through a bit of an awkward stage … for the past 16 years." Sue tries out for every sport, activity and club in the book, but she never makes it. On the eve of her show choir tryout, she approaches her parents about her nerves.

Sue: Mom, Dad. Are you guys disappointed in me, you know, because I never make anything?

Mike: Sure I'm disappointed, hon. This is like the 12th thing you've tried out for. I mean, I love not having to go to the events ...

This is the bittersweet dark chocolate of dark comedies now favored by every TV comedy writer under the sun: It's dark, yes, but not dark enough to make your stomach churn. Think "Nurse Jackie" without the pills, and with more jokes. Think "Weeds" without the murderous Mexican drug cartels, also with more jokes.

Unfortunately, though, because this is still network TV, for every zig into darkness, there's a compensatory zag into blandly upbeat, optimistic or overly obvious dialogue ("What is happening? I used to think I was a pretty good mom and now, I don't know!"). This happens because someone in a suit somewhere actually believes that frenetic cheer or rampant overexplaining alleviates the aforementioned darkness instead of just undercutting and undermining it.

Take Patricia Heaton's character. As we know from her longtime role on "Everybody Loves Raymond" and her shorter stint on "Back to You," Heaton has a real knack for the skeptical, world-weary mom role. So why does she have to be so frantic and goofy here? She isn't all that believable or all that funny when she does frantic and goofy. And we've seen Frantic, Goofy Mom too many trillions of times before. But chances are that some godforsaken gaggle of retirees and dropouts showed up for a test screening and pushed the unhappy face button whenever Tired, Overwhelmed Mom got cranky on-screen.

But for the rest of us, half measures of darkness are like the teensy, tiny little squares of dark chocolate your anorexic friends pass out after a fat-free dinner party: They're more of a tease of what might have been than a satisfying dessert.

"The Middle" is worth watching mostly because it demonstrates the perils of lingering somewhere in the middle, whether it's between darkness and light, between subtlety and obviousness, between sharp, hilarious jokes and clumsy, mildly amusing punch lines. ABC's "Modern Family" is the really great family sitcom to air this fall, and Fox's "Brothers" is the really bad one. Until it disregards the knee-jerk reactions of lowest-common-denominator testing audiences, "The Middle" will remain somewhere in the middle.