What's left behind when people lose their homes

My boyfriend and I repossess and clean out foreclosed houses. It's not easy picking up after the American dream 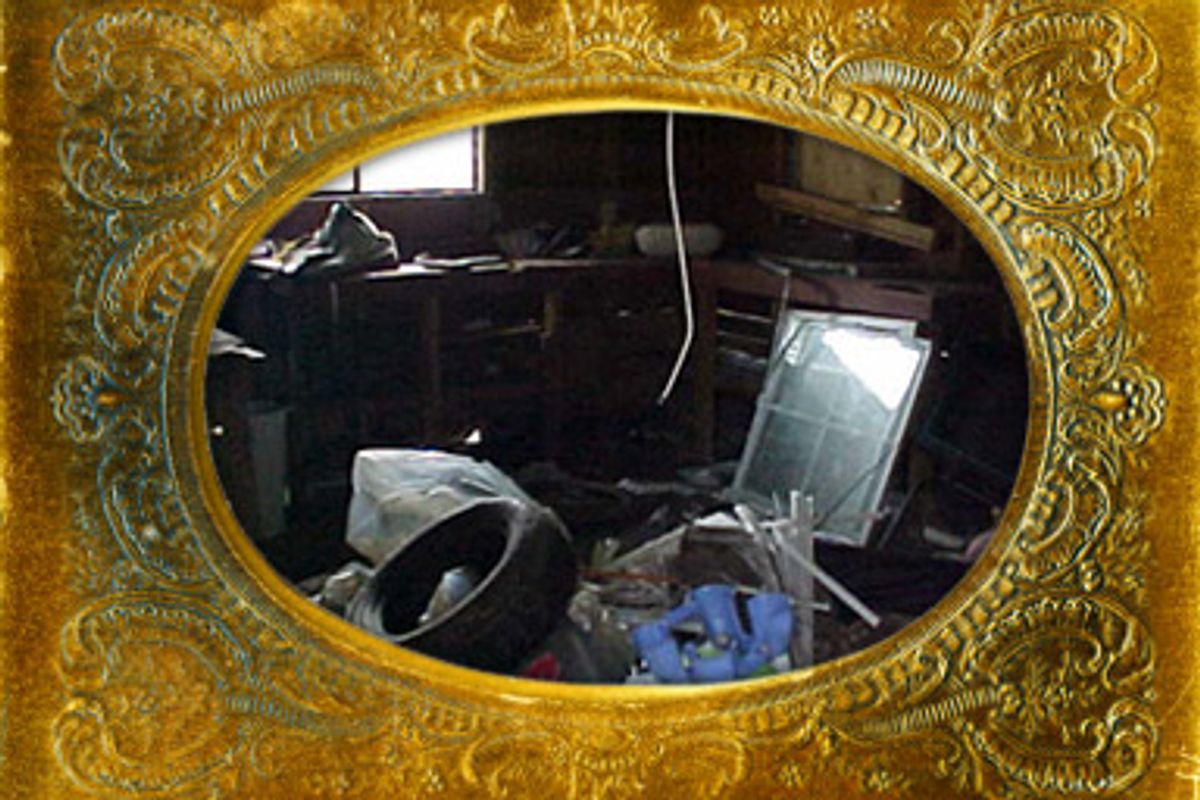 He is the man you never want to see pull up to your house. He has eyes that go flat when you offer  excuses. Couldn't pay your mortgage? Too bad. A mix-up with the bank? Get yourself a lawyer. Paperwork says the bank owns your house now. Today is moving day.

My friends call him "Repo Joe." The crews call him "Bossman." I call him boss, too. But I also call him "sweetie."

My boyfriend owns a company in South Carolina that evicts people and cleans up foreclosed houses so they can be put back on the real-estate market. In his 20 years in the business, he has seen it all and then some. I've only been working for him for two years, but it's hardened me, too (and I was a pretty tough New Yorker). I couldn't have picked a better time to join his crew. No one used to care about this kind of grunt work. Now he is pestered by people who want to work for him. People who want to get rich too, cleaning up after the American dream.

On paper, the business is pretty straightforward: A house is assigned from the bank that has foreclosed on the property. Find the house. Take numerous pictures before, during and after the cleanup process. Go to the next house. It sounds so simple; in fact the Internet is filled with get-rich-quick tutorials on how to make money doing it. What's not on paper is how you feel cleaning up behind a family's dead hope.

In the beginning I would ask, "How did they lose their house?" What I really meant was, "Was it their fault?" But Joe doesn't know the answer. It simply isn't part of the paperwork. So I would try to extrapolate from the evidence: My first was a double-wide on a dirt road in the woods, filled with empty prescription bottles, a hospital bed, boxes of Depends, insulin needles. Maybe someone died, I thought. But the neighbor said no, the woman had just been unable to pay her bills, so they foreclosed on her. After a dozen houses, I stopped wondering what happened. People's lives take crappy turns. It happens to everyone, especially these days.

At the beginning, Joe and I were oh-so-polite to each other on the job. He gave me the easiest tasks, and I was so eager to please that I would knock myself out making sure the bathroom was the cleanest bathroom in America. We were still trying to impress each other back then. But the good manners wore away as the housing market meltdown tripled our workload. By summer we were openly yelling at each other. I started complaining about him to his crews, who spoke absolutely no English. They would offer me puzzled, vaguely sympathetic looks and bottles of water from the cooler we keep on the truck. "Agua, senorita?"

But Joe and I do share a curiosity about the people who once lived in the house. It's tempting to reconstruct their lives from the items they leave behind -- the wedding album discarded in the garage while the used condom sits inside a nasty pizza box in the living room. The stacks of unopened bills beside the "Get Rich in Real Estate" books. Empty liquor bottles. The crayons scattered in the bedroom with the peeling princess mural. Military uniforms. Family snapshots, more than you would think. Do I really want a visual of the people whose mess I am cleaning up? I don't care to study those pictures anymore.

Repo Joe is made of tough stuff. Good thing. It can be tricky tossing out belongings from houses people have been forced to leave. And we do this in plain sight, in the neighborhood where these people's friends and family may live. Or we are in the backwoods where land may have been owned by a family for centuries. Places where no one would hear you scream or even look up at the sound of gunshot. Sometimes the previous owners show up while we're working, and on these occasions, I am grateful for Repo Joe's toughness and Southern charm. My Yankee attitude doesn't work as well. Where I am curt and dismissive he will take the time to listen and commiserate. Anything to get the guy moving along so we can get on with our job. I'll keep working in the house while Joe chats with the man outside. He'll go on about crooked lawyers and evil ex-wives until the former homeowner feels like he's talking with a buddy. Someone he could go fishing with, not the man paid to fish out the trash he left in his wake.

One time, in a bad neighborhood, Joe and I made a point to arrive early -- "before the crackheads wake up," as he put it. The house was neat, no debris in the yard, and I was relieved to see all the furnishings and personal items gone from the living room. But then we opened a bedroom door: Hypodermic needles ankle-deep on the floor, a bloodstained mattress littered with disposable cameras, the kind you get at wedding receptions. Big glass containers meant for iced tea were filled with more used needles. Hundreds, maybe thousands of needles. Repo Joe pushed me out of the room and told me to get my gun.

Yes, my gun. I am licensed to carry a concealed weapon in South Carolina and have what we call "the work gun," a very small and very lethal .380 pistol that fits in my hand. My hands were shaking, but I got my gun out of the truck and put it in my front pocket. He gathered the safety equipment needed to clean the needle room (heavy gloves, a garbage bin and a large shovel) and got to it while I cleaned the rest of the house. I never touched anything more dangerous than a paper towel.

It's weird what we find in people's houses: loaded guns (promptly turned over to the police), abandoned pets, empty snake cages, dog carcasses in freezers, massive amounts of porn, evidence of drugs, and any variety of sex toys. We bond over these strangers' secrets. We lead a pretty straight vanilla life, so judging others comes easy to us. Our friends always ask about what we find, but after one or two stories they never want to hear any more. Like the small child's artificial leg I once discovered under a pile of clothes in a bedroom. (I don't tell that story anymore.)

At one point I left the repo field and took a "good" professional job. But I missed the work. I missed pulling up to a house and wondering what was inside. I missed the physical labor. I missed the camaraderie of the crew and the uncontrollable laughter that rises when you are sweat-soaked and exhausted and the funniest thing you have ever seen is someone spilling used motor oil all over their clothes. Even if the person is you.

And I missed the way working together made Joe and me tighter. Neither of us is very vocal about our feelings. We're not physically demonstrative. But doing this work has brought us closer. We are aware that some consider us the bottom feeders of the housing meltdown. So maybe we just need a witness, a witness to our goodness. Someone who knows we're just trying to clean up after others. Someone who knows we weren't the bad guys here.