The Enquirer says she's had enough. It's about time 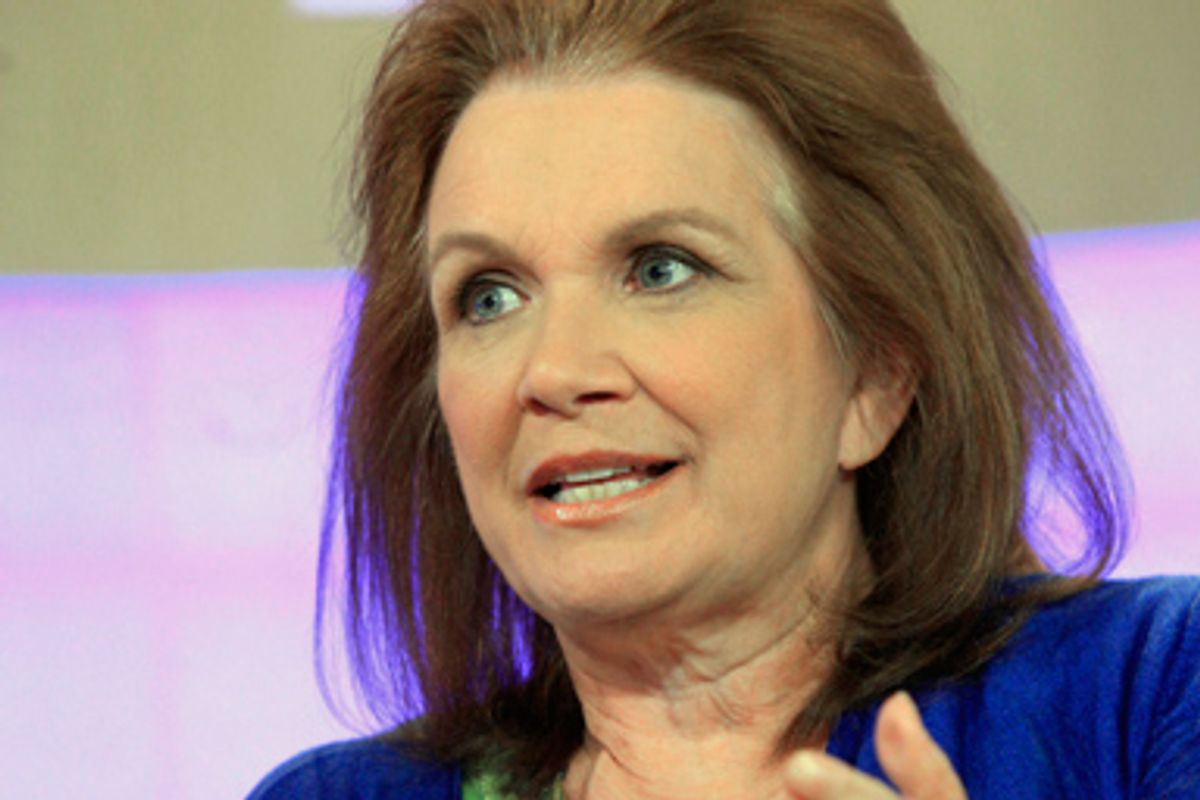 I have read most of the coverage of the Elizabeth/John/Rielle show with the kind of revulsion I usually reserve for guts and gore. But I have to admit, when I read this morning that Elizabeth Edwards may be gearing up for divorce, it seemed like one of the saner responses to the whole sorry saga. (The story should be taken with a healthy dose of skepticism, of course. Though the National Enquirer has been accurate thus far with the Edwards saga, most of its sources have  been in Rielle Hunter's camp. It's odd that, at this point, sources close to Elizabeth Edwards would talk to the paper.)

What finally pushed Elizabeth over the edge? According to an unnamed source, it was the allegations soon to be published in a tell-all memoir by former campaign aide Andrew Young -- the same married father of three who briefly covered for Edwards by claiming he was the father of Rielle Hunter's child -- that Hunter "wasn't the only woman [Edwards] seduced on the campaign trail." If that were true, the source says, "she'd have to divorce him, because then he'd be a ‘serial cheater.'"

Seriously? With all due respect here, the single incident of cheating that her husband copped to was serious enough, with or without any additional flings. Let us review: He cheated on her while she had cancer, lied about it, likely fathered a child with another woman, lied about it, and, as we most recently learned, allegedly promised the other woman a rooftop wedding in New York, with the Dave Matthews band, just as soon as his first wife was out of the picture. Or, you know, dead.

Next to these known facts, any additional revelations -- according to the Daily News, Andrew Young also claims that Elizabeth left voice mails to his wife, Cheri, claiming that he slept with Rielle Hunter, too, and that, oh yes, there is also an Edwards-Hunter sex tape -- would seem superfluous.

But thus far, Elizabeth has directed a good portion of her public ire squarely at the other woman. She has refused to speak Hunter's name in interviews, insisted on "Oprah" that should the child turn out to be John's it would be "completely extraneous to my life," and, according to the New York Times, has "resisted" the idea that it is time for him to come forth and claim paternity. (An even uglier rumor, spread by the Daily News over the weekend, had Elizabeth trolling blogs to smear Hunter in the comments section under the pseudonym Cherubim -- a moniker they grimly speculated came about because there is a cherub on the headstone at the grave of her late son, Wade. Shudder.)

But if Edwards is indeed the father of Hunter's 19-month-old daughter, there is no question that this is exactly what he must do. Indeed, it is the last ethical gesture he can take in this whole mess. He must submit to a paternity test. If it is positive, he must establish reasonable child support and regular visitation and not merely tolerate, but welcome this child into his family. To that end, even Hunter's reported plan to move from New Jersey to Wilmington, N.C., where the Edwardses have a beach house, is probably a good idea.

One can hardly fault Elizabeth should she find this situation intolerable, and the idea of a woman literally battling for her life without the support of her partner of 30 years is a flat-out tragedy. But for her, there are only two choices: She can forgive her husband as best she can and encourage him to do the right thing with regard to his possible child. Or she can divorce him. Continuing to demonize Hunter, as if she seduced John with irresistible mistress pixie dust, while understandable, is a distraction from the real culprit here, and, if it contributes to the delay to establish paternity, may actually be making the situation even worse.

Elizabeth certainly never deserved to have to make a choice like this. But it is her husband who needs to answer to her justifiable rage. And Rielle? Should this man ever again ask you to meet him on a rooftop with or without Dave Matthews, the smart choice is a resounding no.