Gelbart and Schulberg depart an ever stranger land

Two great writers who knew from demagogues and mass hysteria died recently. I wonder what they're thinking now 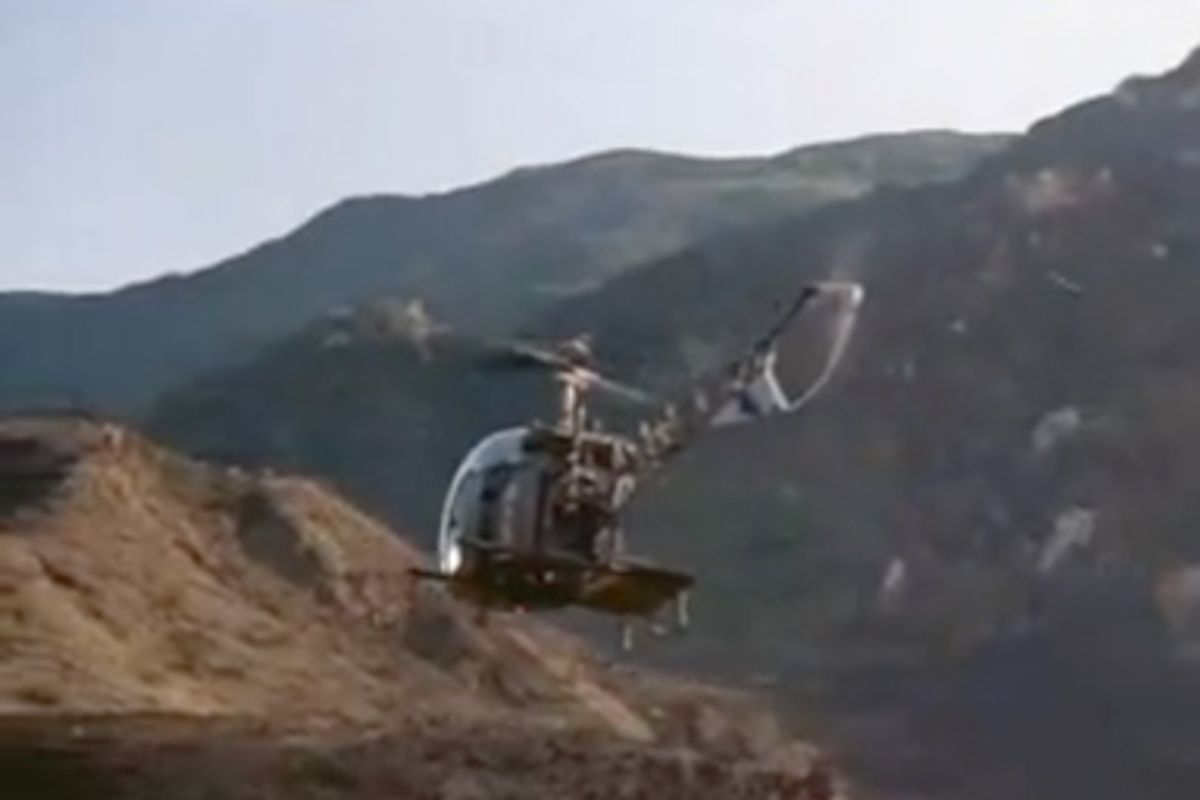 You certainly can argue that the depths to which our so-called democratic dialogue has sunk are nothing new. Politicians and advocates have been slinging mud since the earth was cool enough to hurl.

The undeniable difference today is the speed and variety of the compost being thrown. With the 24-hour instantaneous delivery systems offered by radio, TV and the Internet, people are feeling more and more compelled to say ludicrous, shameful things in public that just a short time ago they would have hesitated to say in private.

He wrote, "Employing reason and rationality to fight Obama and the liberals is far superior to the utter stupidity found in the baseless, exaggerated, hyperbolic and ignorant critiques of the left and Obama that is [sic] passed off as 'conservative' thought by those who haven't a clue what conservatism means ...

"Exaggeration is not argument. It is emotionalism run rampant. And at its base is simple, unreasoning fear. Fear of change, fear that the powerlessness conservatives feel right now is a permanent feature of American politics, and, I am sorry to say, fear of Obama because he is a black man."

Stir into this perverse brew some of the illogical bloviation being bruited about in the chambers of the United States Congress and you have the perfect recipe for the death of rational political discourse in America.

Listen to Republican Sen. John Ensign of Nevada during the markup of the healthcare reform bill in the Senate Finance Committee this week, arguing that in comparison to other systems around the world, "If you take out accidental deaths due to car accidents, and you take out gun deaths because we like our guns in the United States and there are a lot more gun deaths in the United States -- you take out those two things, you adjust those, and we are actually better in terms of survival rates." Huh?

Or Democratic Sen. Max Baucus of Montana arguing that while he's in favor of a public option, he can't vote for it because it won't get the 60 votes needed to break a filibuster -- in part because he won't vote for it. For corkscrew sophistry, that ranks right up there with the story of the American officer in Vietnam who said we had to destroy the village to save it.

All of which brought to mind the summer's passing of two writer friends and colleagues, each of whom had a sure grasp of mass hysteria and a prescient eye for the demagoguery and bureaucratic bunco that are running more rampant than ever.

Budd Schulberg died in August at the age of 95. We first met -- briefly -- in 1975 at a public television auction where he was presenting a pair of boxing gloves autographed by Muhammad Ali. Years later we would serve together on the council of the Writers Guild of America, East.

The fight game was one of Budd's great passions -- his novel, "The Harder They Fall," perfectly captured the underside of the boxing world, its story loosely based on that of world heavyweight champion Primo Carnera, a fighter brought down by crooked managers.

Budd made three other great contributions to American literature. First, the classic Hollywood novel "What Makes Sammy Run?" an account of the movie business so graphically accurate and acerbic (his father had been the head of Paramount), the studios offered to ride him out of town on a rail -- the third rail, preferably. Its antihero, the appallingly ambitious and grasping Sammy Glick, became a synonym for the crassness of show business and more.

"It was America," Schulberg wrote. "All the glory and opportunity, the push and the speed, the grind of gears and the crap."

Budd relished the story that Tom Cruise wanted to make a movie version of the book -- if they could just make Sammy a little nicer.

To that literary success, add the Academy Award-winning screenplay for "On the Waterfront" and Schulberg's script for the movie "A Face in the Crowd," a stunningly prophetic look at media, the cult of personality and their impact on American society and politics.

Its main character, a talk-show host named Lonesome Rhodes, is a ratings smash whose folksy charm hides a ruthless, country-fried fascist with political aspirations -- Sammy Glick with hayseed in his hair.

Sounding remarkably like the Limbaughs and Becks of today, he proclaims, "I'm not just an entertainer. I'm an influence, a wielder of opinion, a force ... a force!"

But Schulberg himself was not without hubris. Sadly, he also will be remembered for his role as a friendly witness before the House Un-American Activities Committee during the era of the Hollywood blacklist. For a time, he had been a member of the Communist Party, and when questioned identified several other writers as members.

As journalist Victor Navasky wrote in an afterword to his book "Naming Names," a comprehensive and perceptive chronicle of those times, "The fear conspired to divide and sometimes destroy decent people of good will who for years had been colleagues and compatriots. The wounds won't heal. The issues are passed on from generation to generation."

Publicly, Budd claimed not to regret what he had done. But for what it's worth, in the decades following that awful period, I think there was an attempt at redemption. Budd endeavored to be a staunch member of our union and to share his creative gifts with others, especially through his work with minority artists at the Frederick Douglass Creative Arts Center in Harlem and the Douglass House Watts Writers Workshop in Los Angeles. Was that enough? It's not for me to decide.

The other death was that of Larry Gelbart, the great comedic writer of movies, TV and theater who died in September. He was 81, and in his will, reportedly, he asked that his tombstone read, "At last, a plot."

We first met in 1987, when I interviewed him for a book and a PBS series on the history of television. "The only way you can get any feeling out of a television set is to touch it when you're wet," he claimed, and yet in the long-running TV version of the movie "M*A*S*H," co-produced with Gene Reynolds, Larry managed to combine pathos and slapstick humor, telling dark jokes against the backdrop of the Korean War -- the show's thinly disguised metaphor for Vietnam.

Gelbart, too, was a union stalwart, combative right to the end, when he was outspoken about recent elections at the Writers Guild of America, West. During the 100-day writers strike that began in 2007, although he couldn't walk the picket line, he took an active role, helping with strategy and manning phones.

It was Larry who advised me that for a writer to pin his or her hopes for career satisfaction on movies or television alone was a sure way to a broken heart -- that it was important to find your voice in other kinds of writing as well -- books, articles, pieces like this.

For Gelbart it was the stage, with such shows as "A Funny Thing Happened on the Way to the Forum," "City of Angels" and a brilliant piece of satire and wordplay called "Mastergate."

Written in the wake of the late '80s Iran-Contra hearings, Larry's take on the inanities of legislative posturing seem as likely as much of the nonsense being spouted at this week's Senate Finance Committee sessions.

Here's his fictitious chairman, Sen. Bowman, announcing that, "This panel, which intends to give every appearance of being bipartisan, will be ever-mindful of the President's instructions to dig down as far as we can, no matter how high up that might take us. Let me emphaticize one thing at the outset. This is not a witch hunt. It is not a trial. We are not looking for hides to skin nor goats to scape. We're just trying to get all the facts together in one room at the same time in the hope that they'll somehow recognize one another. Our chief goal, of course, is to answer the question: 'What did the President know. And does he have any idea that he knew it?'"

In the Heavenly Kingdom or the Elysian Fields or wherever it is gifted writers go to die, Larry Gelbart and Budd Schulberg must be watching the current scene, shaking their heads in both recognition and wonder.