A perv allegedly violated ESPN's Erin Andrews with a little help from the front desk. Also: There are other victims 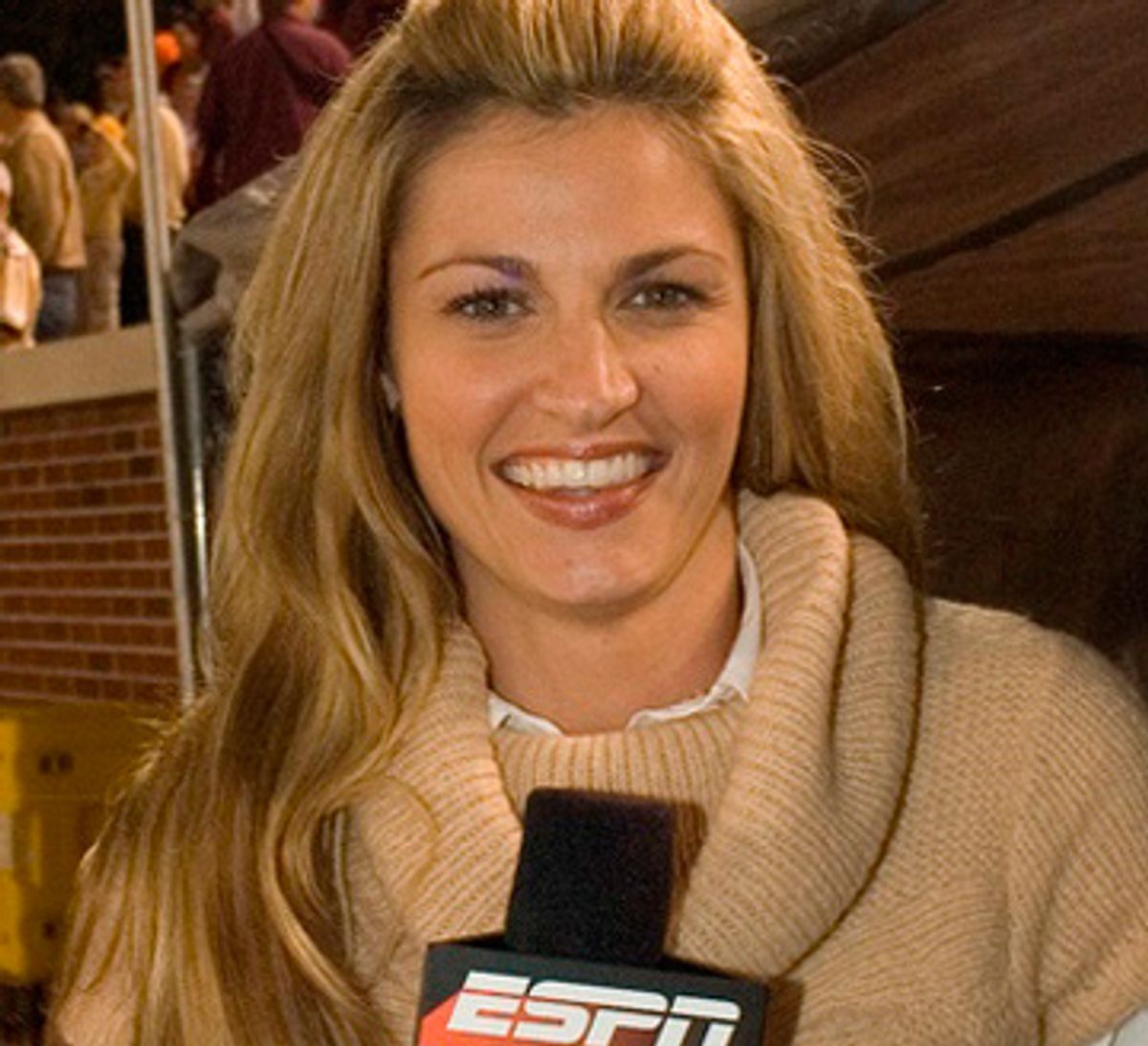 Creepy new details about the peephole video shot of ESPN's Erin Andrews have sparked concern about women's safety in hotels -- and for damn good reason. The FBI criminal complaint against Michael David Barrett, a traveling insurance salesman charged with stalking the sportscaster across state lines, alleges not only that hotel staff made invading Andrews' privacy as easy as pie -- but that she isn't his only victim.

All it required was determining which games she would be covering in person for ESPN and then making a few calls to hotels in the area. In the summer of 2008, Barrett allegedly dialed up 14 hotels in Milwaukee before getting a confirmation from the Ramada Conference Center that Andrews was a guest there. It's believed that Barrett altered her room's peephole to allow himself to see inside and videotape her. More than a year later, FBI agents found the peephole still altered.

Months after this first known incident, Barrett was again able to figure out that Andrews was staying at the Marriott Nashville while covering a local game. He rang the front desk and requested a room next to her. Without her awareness or permission, the following note was added to her reservation: "GST RQST TO RM NXT TO [Andrews]." Sure enough, his wish was granted: Barrett got a room next to Andrews in a secluded alcove. He allegedly used a hacksaw to remove her room's peephole, allowing him to see inside and use his cellphone camera to capture Andrews naked in her room. Again, a year later it was discovered that the peephole on the room remained altered.

From granting room change requests without the original guest's knowledge to modified peepholes left undetected for an entire year, this is a lesson in incompetent management and worthless security. Considering most hotels have front desk receptionists write down a guest's room number, instead of announcing it for anyone within earshot to hear, it's rather astonishing that Barrett was able to so easily determine which room she was staying in. It's unclear whether there were hallway security cameras in either case and, if so, whether anyone was bothering to watch them. Even still, capturing Andrews naked on film presumably required standing in the hallway, eye pressed to the peephole, for quite some time -- and not a single passerby noticed? Bizarre.

The good news here is that in light of this bad publicity the hotel industry is "reexamining guest safety privacy safeguards," according to the Associated Press. Seeing as there is reportedly no consistent security policy in the industry -- even within specific hotel chains -- it's a great idea. Here's hoping it actually happens and that this lesson sticks even after the media storm has passed.

Of course, the violations don't end there. Not only did Barrett post the resulting video online for all to see -- and for trashy tabloids and cable news hosts to then broadcast in feigned disgust -- but he also allegedly took peephole videos of other women and distributed them on the Web. I wish I were surprised, but I'm not. Not after reporting on the lack of legal protections against cellphone "upskirting" and the thriving Internet community of high-tech voyeurs. Nor am I surprised at the lack of legal tools at women's disposal when they do discover someone pimping their image in cyberspace. As Andrews' attorney, Marshall Grossman, told the Chicago Tribune: "As quickly as images come down, they show up, like seeds in a forest. They're constantly sprouting." That is especially true for celebrities, but the same rule applies to everyday women who are surreptitiously videotaped in dressing rooms or snapped with a cellphone camera under bathroom stalls.

This case will no doubt inspire fear-mongering stories about how we're all being watched and must take caution. Already, the Web is abuzz with ways to prevent what happened to Andrews from happening to you. Put Vaseline on the inside of the hotel peephole! Close the blinds, lock the windows! Don't act too sexy or you'll make yourself a target! Above all else: Live in a state of constant paranoia and fear.