Actual verses from the "Conservative Bible" 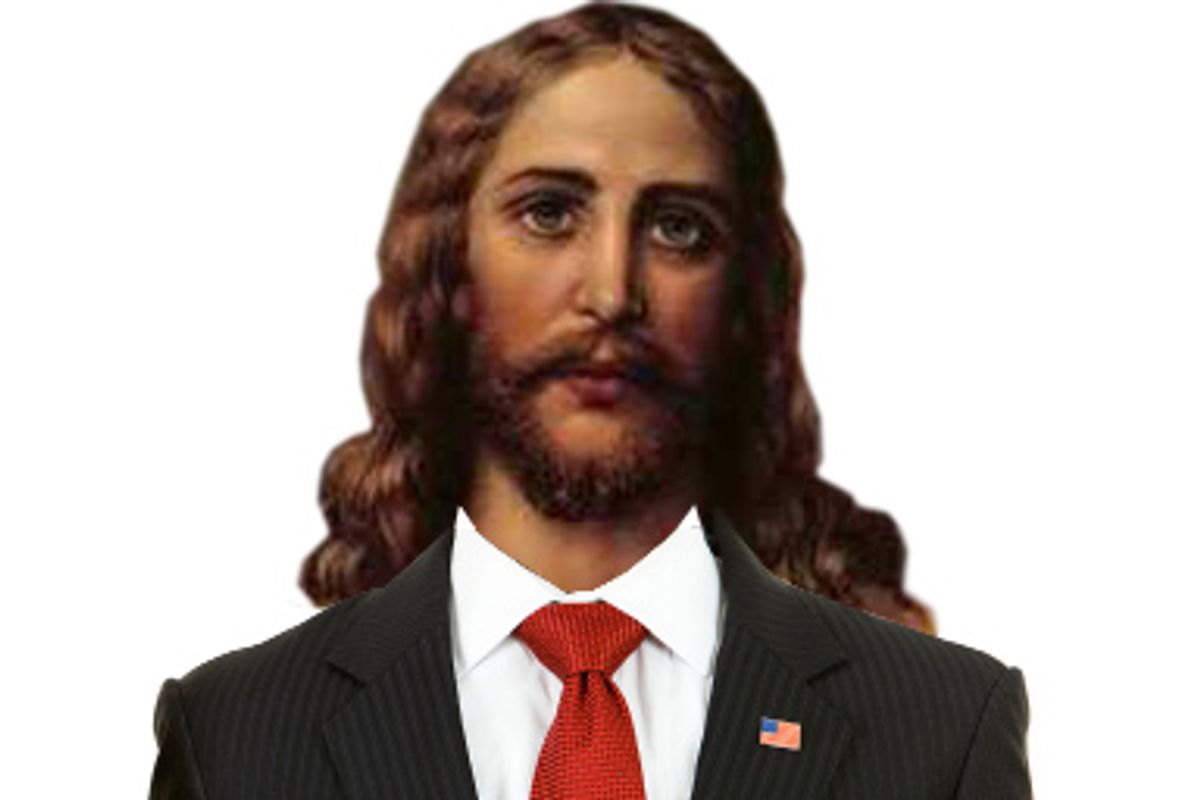 When we came up with some satirical contributions to Conservapedia's "Conservative Bible Project" earlier this week, we went deliberately over the top.

Sure, Andy Schlafly and his compatriots went pretty far out there in coming up with the idea to produce a more conservative version of the Bible, one free of the liberal bias they see in contemporary translations. But we didn't think they'd go anywhere as far as we did with things like our "conservative" version of Matthew 5:21-22, "You have heard that it was said to the people long ago, 'You shall not murder, and anyone who murders will be subject to judgment.' But I tell you that a man's gotta do what a man's gotta do, so git 'er done."

Well, they sure showed us.

Some of Conservapedia's denizens, apparently including Schlafly, have been working on a new version of the Gospel of Mark. That has involved, at times, trying to come up with more modern terms for the Pharisees, a group of Jews who are often seen in the New Testament as Jesus' antagonists. There's been a bit of debate about what to call them -- one contributor used "intellectuals," for instance, while another said, "In an effort to capture the flavor for conservatives, I suggest changing Pharisees to 'the Self-Proclaimed Elite' or maybe just 'the Elite.' Given modern culture, I think this is more accessible and has a less benign/neutral connotation than 'intellectuals.'"

Another contributor had a better term: "Liberals." That's led to verses like this one, for now Conservapedia's version of Mark 3:6:

The Liberals then fled from the scene to plot with Herod's people against Jesus, and plan how they might destroy him.

Conservapedia's editors faced another problem -- how to deal with verses in which Jesus is quoted as saying things that are less than Republican. Take, for example, Mark 10:23-25, which in the translation they're basing their work off of, reads:

Here's how Conservapedia has edited that:

Jesus looked around and said to his disciples, "How unlikely it is that those who worship riches will enter the kingdom of God!" The disciples were astonished to hear this.

But Jesus said again, "Children, how hard it is for those who trust in riches to enter the kingdom of God! It is easier for a camel to go through the eye of a needle, than for a man who cares only for money to enter into the kingdom of God."

The last bit of that new translation inspired the comment, presumably from another Conservapedia edtior, "very nice improvement of the imprecise term 'rich.'"